Shining a spotlight on women executives, entrepreneurs, and organizations run by women, the Stevie Awards for Women in Business announced the results of its 2013 competition on Friday, November 8.

With more than 400 businesswomen and their guests in attendance, the awards were announced at a gala dinner at the Marriott Marquis Hotel in New York City.  Nations represented at the event include Australia, Canada, Germany, India, Italy, the United Arab Emirates, the United Kingdom, and the U.S.A.  The presentations were broadcast live across the U.S.A. by the Business TalkRadio Network.

More than 1,200 nominations from organizations and individuals in 16 nations were submitted to the awards this year for consideration in categories including Entrepreneur of the Year, Executive of the Year, Most Innovative Company of the Year, and Best New Company of the Year, among others.  More than 240 professionals around the world participated in the judging process to determine the Finalists and then the Gold, Silver and Bronze Stevie Award placements.

For the first time, Grand Stevie Award trophies were presented to the five organizations that submitted the best body of entries to the competition, in their own names or in the names of one or more clients.  The Grand Stevie Award winners are, in descending order:

-          Procontent Sp. z.o.o., Warsaw, Poland and their campaign on behalf of Saxo Bank Poland- Communications or PR Campaign of the Year - Reputation/Brand Management

For a complete list of Stevie Award winners and more information, visit www.StevieAwards.com/Women.

Entries for the 2014 edition of the awards will open next May.  Join the mailing list to receive the entry kit by email as soon as it's available.

Jessica Eaves Mathews is CEO of Leverage a Lawyer LLC in Albuquerque, New Mexico, USA and chaired the final judging committee for the Company/Organization categories of the 2013 Stevie Awards for Women in Business, the world's top honors for female entrepreneurs, executives, employees, and the organizations they run.  We talked to Jessica about judging, the law, and what motivates her day-to-day life.

Jessica Eaves Mathews was enthusiastic about the Stevies judging process.  “It was amazing to win several Stevie Awards last year, but an even greater honor to be asked to chair the final judging committee for the categories in which we were honored,” Jessica told us. 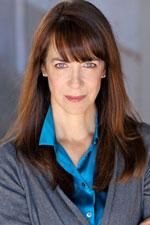 “It wasn’t until I did the judging this year that I realized how truly incredible it was that my company and I both won awards last year.  The caliber of companies and women who were Finalists in this year’s Women in Business Awards was staggering.  I found myself inspired to do more and make a bigger impact as a result of the work they are doing in the world.  What an accomplished, amazing group of women!”

As the founder of Leverage a Lawyer, we couldn’t let Jessica go without asking for legal advice, specifically what working women should know about the law that could contribute to their success.

“I always say that addressing the legal foundation for your business makes a powerful and profound statement,” said Jessica.  “It is sending the message to the world that you are to be taken seriously, and it is honoring your hard work as a business owner or innovator.”

According to Jessica:  “Building a business without making sure your legal ducks are in a row is like building a house on sand.  It might looks nice for a while, but it isn’t sustainable.  Long-term and sustainable success requires attention to your legal foundation.  It is not something to be feared or avoided: it is something to embrace and celebrate.  Through Leverage a Lawyer and Leverage Legal Group, we have helped women business owners protect themselves and their companies for years, and we are very proud of that legacy.”

Leverage A Lawyer was named New Company of the Year in the 2012 Stevie Awards for Women in Business, and Jessica won the Silver Stevie for Female Entrepreneur of the Year-Business Services.  “Winning these Stevie Awards has been an incredible experience,” commented Jessica.  “It immediately gave us a national and international platform, and credibility in the marketplace. I know it has enabled us to grow as a business and a brand in ways we could not have done without the recognition.”

Jessica travels a lot on business and tells us that the two business apps she can’t live without when on the road are Evernote, an app that helps you to remember everything across all your computers and devices; and Tripit, an all-in-one travel organizer.

Finally, we asked Jessica what makes her hit the ground running in the morning.  Her response: “I know my why.  I know why I do what I do and for whom I do it, namely my little girl.  I have spent a lot of time getting clarity on my calling and what I am meant to do on this planet.  When you know your purpose, it is easy to jump out of bed each morning.”

Jessica’s two passions early in life were to become either a professional singer or an actor, but now Jessica wouldn’t change a thing. She has ended up doing exactly what she wants to be doing because she made some radical changes a few years ago that enabled her to follow her heart and her passion for the law.

Jessica concluded:  “I surround myself with incredible colleagues and friends who also are living their purpose.  It has been said that you become the average of the five people you spend the most time with, and I take that seriously.  By being in daily contact with people whom I admire and who inspire me, I can find motivation even on tough days.”

About Jessica Eaves Mathews
Jessica Eaves Mathews is America’s Advocate for Women in Business®, an award-winning entrepreneur, intellectual property and business lawyer, best-selling author, sought-after speaker, and leading authority on helping women entrepreneurs and executives step into their power and create a brilliant business, career and life on their own terms.

Jessica has spent her legal career representing all types of businesses, from solopreneurs to Fortune 500 companies. Before launching her own firm, she was the head of litigation and compliance for Paul Allen, the co-founder of Microsoft.   Jessica is the founder and CEO of Leverage Legal Group®, an intellectual property and business law firm.

Jessica is founder and CEO of several other companies, including Grace & Game® and Untoxicating Beauty®. She is an adjunct professor at University of New Mexico Law School, a member of the New Mexico Economic Development Council, co-founder and Chief Legal Officer for The Virtual Accelerator™, a virtual business accelerator for startups, and co-founder of Hautepreneurs™, the Premier Peer Network for New Mexico's Women Entrepreneurs.

Who's Coming to the Women in Business Awards This Friday?

The 10th annual Stevie Awards for Women in Business will be held this coming Friday, November 8 at the Marriott Marquis Hotel in New York City.  The event is a complete sell-out - we're adding names to a waiting list for available tickets at this point.

These are the world's top honors for women entrepreneurs, executives, employees, and the organizations they run.  Almost 400 women - and men - from around the world will gather this Friday evening to celebrate the Grand, Gold, Silver and Bronze Stevie Award winners in this year's Stevies for Women.  Winners were selected by the scores of more than 240 judges around the world.

A PDF of the program book that all awards dinner attendees will receive is now available - get it here.

So who's coming to this celebration of the achievements of women in the workplace worldwide?  Here's the list of organizations that have confirmed their attendance.

Join the mailing list for the 2014 Stevie Awards for Women in Business and you'll be emailed the entry kit as soon as it's available next May.