The Stevie® Awards have announced the ten executives who will chair the specialized final judging committees for its 12th Annual American Business Awards, the top business awards competition in the USA.

All organizations operating in the U.S.A. - public and private, large and small, for-profit and non-profit - are eligible to submit nominations to The American Business Awards.

The ten committee selections are based on the categories that will be judged. Final judging begins this week.  Here are this year's final judging committee chairs. 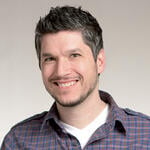 Mark is an expert in user experience with an impressive portfolio of award-winning campaigns and digital solutions created for some of the planet’s most recognized brands. At SMITH, Mark leads UX, creative, and content teams on their mission to craft cutting-edge and revenue-driving brand experiences.

When he’s not traversing the planet on business, Mark finds his home in the Bay Area of Northern California, with his wife Wendy and two children.

A mobile developer and strategist, Gene has experience translating a wide variety of challenging client technical needs into elegant and durable online systems. As Managing Partner, Emerging Technology, at ISITE Design, Gene is responsible for agency direction and business development in the areas of mobile and emerging technologies, including connected experiences, wearables, and next-generation interfaces. Gene works with an interdisciplinary team of strategists, experience designers, and engineers to create digital experiences in collaboration with both startups and enterprise innovation teams across a variety of industries.

Prior to ISITE, Gene founded and ran Portland-based Anomaly Incorporated, a firm specializing in web and mobile application development.

Gene is an avid outdoorsman. He enjoys skiing the Oregon backcountry and playing the electric guitar (though rarely simultaneously).

David DiStefano is a seasoned executive with nearly three decades of successful senior management experience with both early-stage and global organizations. Over his career, David has managed finance, operations, sales, and demand generation functions. For the last 17 years, David has been instrumental in leading Richardson to its place as a premier global sales performance organization. He provides executive level support to Richardson’s clients bringing overall vision and guidance, sales performance expertise, and best practice insights to senior client management.

David has been a driving force in expanding Richardson’s products and services. In 1999, he played a significant role in the Company’s successful efforts in raising private equity to build Richardson’s eLearning platform, Richardson QuickSkills™, and in expanding the Company’s global footprint by launching its European operations based in the UK. In 2006, David played a prominent role in the Company’s successful acquisition by ClearLight Partners and became President and CEO immediately thereafter. Today David sits on the Board of Directors and leads an eight-person Executive Management team.

David is a recognized thought leader in the area of sales force development and performance and actively speaks at client and key industry conferences. In 2007, Training Industry named him a “Top 20 Most Influential Training Professional”. David has been an-eight time featured guest on Selling Power TV, speaking on a wide range of topics that include sales performance, sales coaching, sales force engagement, sales enablement, Sales 2.0 technologies, negotiation skills, and innovation. Prior to joining Richardson in 1992, David spent nine years with PricewaterhouseCoopers, where he was Senior Manager. At PwC, David was responsible for the overall client relationship and engagement management for his clients. David is a Certified Public Accountant and holds a Bachelor of Science in Accounting from Drexel University.

Carey Smith’s professional life began in insurance. Dissatisfied with that work, he decided to start his own company. Carey spent more than a dozen years leading a firm that installed sprinklers on the roofs of industrial buildings to cool the interiors. He and his wife, Nancy, sold their house and quit their jobs to focus on the company, but the business never grew beyond $1.4 million in annual sales. In 1999, at the age of 46, Carey used its small profits to fund his venture into fans,

Carey had visited thousands of facilities while running his first start-up. He saw time and again how people turned to a relatively simple device—fans—in their quest for comfort. But traditional box-and-pedestal fans moved little air, took up valuable floor space, and used inefficient motors. The solution: a large ceiling fan that would use its size, not speed, to move high volumes of air across large spaces. With their incredibly efficient motors, Big Ass fans cost mere pennies per hour to operate. In 2013, the company started Big Ass Light, which offers energy-efficient lighting for industrial and commercial facilities.

Because he refused to lay off employees—and even hired—during the Great Recession, Inc. magazine named Carey Smith “Economy Hero” in 2011. That same year, Ernst & Young named him a regional Entrepreneur of the Year. Carey is now focused on how Big Ass Solutions can become a 200-year company: one that will always act in the best long-term interests of its customers, employees, and suppliers. 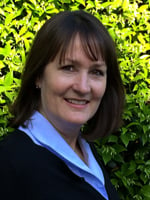 Nikki Tanis has had over 20 years experience creating and implementing a broad range of strategic communications, marketing, and PR programs. She has spent 12 of those years as the head of Tanis Communications, a respected and fast-growing Silicon Valley agency serving a diverse set of high technology companies with a breadth of marketing, communications, and PR services.

Previously, Nikki was corporate vice president, corporate marketing and communications at Spansion, Inc., a global, NASDAQ-listed semiconductor company with $2.5 billion in revenue and over 9,000 employees at that time. Prior to that, Nikki was director of corporate communications at S3, Inc., a NASDAQ-listed leader in graphics chips for the PC industry. She was also advertising and PR manager for NEC Electronics, the U.S. semiconductor subsidiary of NEC Corporation, and she has held communications positions at Precision Monolithics and Signetics.

Nikki holds a bachelor’s degree in journalism with a minor in psychology from San Diego State University.

Bridget Moscatello has over 23 years experience in the customer care industry. She has acted as Executive Consultant for, and partnered with, Fortune 500 CEOs and COOs on redefining organizational customer service models while improving business efficiencies. Since 2005, Bridget has been with Empire Today (Empire), the largest shop-at-home retailer in the U.S. Bridget is focused on driving customer service by leveraging people, processes, and technology, She ensures that customers always receive the right associate at the right time. Her commitment to providing excellent service is evident through her philosophy of treating every customer “like they are our only customer.”

In her company role, Bridget owns the entire customer service experience and ensures that thousands of working processes within Empire are consistent across its 70 U.S. markets and multiple product lines. She developed Net Promotor Score (NPS), a metric for tracking customer loyalty that has revolutionized the company. In addition, she wanted to ensure that the servicing experience was exactly the same across the country and worked with an outside partner to custom design a 24-month computer-based training course dubbed Customer Service University™. This course ensures that, regardless of location, all servicing personnel are working under the same expectations regarding how to deliver the best possible experience for Empire customers.

Bridget has led Empire to winning the prestigious Gold Stevie® Award for Best Customer Service in The 2013 American Business Award, having earned Silver in 2012, and Bronze in 2011 and 2010. Bridget also sits on the Board of Directors for the Better Business Bureau® in Chicago, and participates in the Bureau’s Standards and Ethics Committee. She is a three-time graduate of the Harvard Business School for Executive Education. 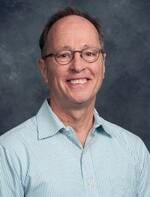 Bob joined Constant Contact® in June of 2008 and has more than 25 years of experience in human resources leadership and general management. In his current role, he oversees all human resources programs, practices, and policies that govern Constant Contact's business needs and culture. Bob also drives executive, cross-functional team, and management leadership and development; strategic workforce planning and staffing; and compensation, performance management, and recognition and reward systems for the company. 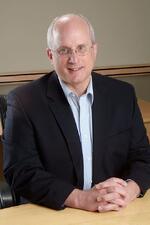 Ted is one of the founding team members of Virtela and is responsible for designing, delivering, and supporting superior managed information technology services to Virtela’s customers. This includes responsibility for the company's network and security architecture, engineering, service implementation, and Virtela’s relationships with network vendors and carriers around the globe. He is also responsible for Virtela’s 24x7 Global Operations Centers in Denver, Mumbai, and Manila that provide network, security, and telephony support globally.

Ted was previously with Qwest (now CenturyLink) where he led the planning and engineering of the company's data products. He drove the design and construction of Qwest's data services and networks while having Qwest gain significant market share with major corporate customers. Before that, Ted was responsible for designing, planning, and engineering Sprint's data networks while leading the company into new data and Internet service markets. He led the effort to grow Sprint's data networks, managed the rapid growth of the company's Internet network SprintLink, and the first widespread use of packet over SONET. Ted was also responsible for building the first private IP network used for Intranet services. Prior to joining Sprint, Ted worked in communications systems at Aeronautical Radio, COMSAT, and General Electric.

Scott Cullather has over 20 years of experience in brand communications and is the founder and Global Managing Partner of inVNT, a brand communications agency that collaborates with brands and organizations around the world to create remarkable moments that challenge convention, mindsets, competitors, and the market. Scott is an industry leader who has helped shape and define the way organizations communicate to their employees, partners, customers, members, investors, journalists, and consumers.

Under Scott’s leadership and vision, the inVNT team has executed highly successful and impactful brand experiences that change the way people think, feel, behave, and perform. inVNT’s clients include PepsiCo, Merck, Grant Thornton, General Motors, Subway, ESPN, Outdoor Advertising Association of America (OAAA) and the Society for Human Resource Management (SHRM). inVNT has designed and produced award-winning campaigns in more than 60 countries on 6 continents from offices in the US and Europe.

Scott regularly speaks at industry events and expositions, and has been published in Brand Republic, The Guardian, SmartCEO Magazine, Expo, and Successful Meetings. He was also nominated for an Emmy Award for his role as creative director and producer of “AMC in Concert at the Rainbow Room.” When he’s not working, Scott enjoys spending time with his children, surfing, playing Scrabble®, and collecting vintage eyewear.

“The Stevie Awards are the World's Premier recognition for business achievement and it is an honor to Chair the final judging of the Marketing categories in The 2014 American Business Awards.” Scott Cullather, Global Managing Partner, inVNT

Alex Bäcker is the chief executive officer, co-founder and inventor of QLess. In this role, he drives the overall vision and strategy for the company, thus leading the charge on eliminating lines worldwide. Bäcker also currently serves on the board of advisors for the California Institute of Technology Information Sciences and Technology.

Prior to QLess, Bäcker worked with a number of companies in the science industry including the Center for Computation, Computers, Information, and Mathematics of Sandia National Labs and Caltech while also conducting business at McKinsey & Co. In addition, Bäcker founded and co-founded several companies including Adept Technologies, CafeThink, Whozat? and abInventio.

Throughout his career, Bäcker has been honored with several awards including the 2010 40 Under 40 for M&A Advisor Recognition Awards as well as The 2013 International Business Awards' Gold Stevie for IT Executive of the Year, and a Silver Stevie for Innovator of the Year.

Missed your chance to enter this year's American Business Awards?  Enter The International Business Awards - the categories are almost identical to those of the ABAs.