Breaking the Ice: How a Stevie Award Winner Displayed the Value of The Arts to Florida’s Economy

The Cultural Council of Palm Beach County in Lake Worth, Florida, USA, won a Gold Stevie Award for Best Public Relations Event in the Live Events Awards categories of The 2015 American Business Awards. The Council also won a Silver Stevie for Best Newsletter/House Organ in the Publications Awards categories.

The winners of the New Product & Service and Information Technology Awards categories in The 2015 American Business Awards will be announced in San Francisco on September 11. Find out more here.

The 2016 American Business Awards will open for entries in October. Request an Entry Kit for the 2016 Awards. 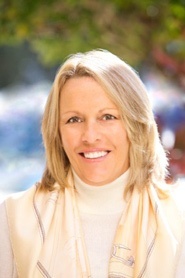 The Cultural Council of Palm Beach County, a non-profit organization, enhances the quality of life and economic growth of the community by creating a cultural destination through the promotion of arts and culture.

The goals of its Gold Stevie Award-winning event “Break the Ice” Governor’s Conference last September were to bring worldwide attention to Palm Beach County arts and culture through social media, print, digital, and broadcast media; and to show government officials and Florida Governor Rick Scott the impact of the arts on the state’s economy and tourism.

We asked Marilyn Bauer, director of marketing and government affairs for the Cultural Council, what winning Gold and Silver Stevie Awards has meant to her organization and her team.

Getting the Word Out

“The Cultural Council was honored to win the prestigious Gold Stevie Award for Best Public Relations Event and the Silver Stevie Award for our house organ, art&culture magazine,” Marilyn told us. “These awards validate the work we are doing in promoting arts and culture in Palm Beach County. Furthermore, they illustrate how a small team of four in a secondary market can get the word out across the globe.”

We asked Marilyn to elaborate on how The American Business Awards had helped to broaden awareness for her organization. Her response: “Just being at the Awards Ceremony, in front of the impressive audience of business leaders, helped us to get the word out about the sophisticated and varied nature of arts and culture in Palm Beach County.”

Economic Impact of The Arts

“Art and culture in Palm Beach County are directly responsible for a total annual economic impact of $250 million with total spending at $139 million,” Marilyn continued. “The audience numbers 3.4 million and the cultural industry in the county accounts for more than 6,000 jobs. Because much of our work is in cultural tourism, it is very important to us—and to the county that funds us—that we get the word out outside the county borders.”

“The Stevie Awards were the perfect vehicle for this,” concluded Marilyn.

By bringing together Ballet Palm Beach, the Palm Beach Symphony, and Palm Beach County resident Vanilla Ice (Robert Van Winkle), the Cultural Council coordinated and created an event during the Governor’s Conference on Tourism in Boca Raton that combined the three art forms of dance, classical music and rap.

The Council developed a public relations strategy that launched weeks before the actual event and combined social media posts and photos using the hashtag #breaktheice to create “conversation” about the upcoming event. The scope of the performance remained a surprise to the more than 1,000 guests and media attending that evening.

After directing the video and still photography, the Council immediately shared a video of the performance on social media. Its success was instantaneous. Using #breaktheice, Vanilla Ice, the arts organizations, members of the press, and the audience were virally active on all social platforms. This delivered the highest number of impressions the Council has ever had. Some numbers achieved: YouTube views totaling 12,347; Tweet impressions totaling 10,250; and 5,090 people reached with 169 likes on Facebook. The total for all media (including print, digital, social, and broadcast) was calculated at 97,534,629 impressions. The Council was subsequently recognized by the South Florida-based Gold Coast Public Relations Association with the 2014 Bernays Award for best special event.

The Cultural Council considered its goals fulfilled, not only by the press coverage, but also by the quality of discussion generated about Palm Beach County, the arts and culture of the area, and the importance of the relationship between politics and arts advocacy. For local and regional patrons, the “Break the Ice” event showed that they would not have to go far to see an eclectic mix of excellent arts entertainment. But, more importantly, to a crowd gathered specifically for the benefit of tourism, the message was clear that Palm Beach County is a high quality cultural tourism destination.

As director of marketing and government affairs for the Cultural Council, Marilyn is proud of her region’s achievements. “It is a joy to market the arts in the county and to give back to our community,” she informed us. “We have a very vibrant arts community: a 53-year old opera that produced a world premiere last year; two world-class museums; an acclaimed ballet; and theaters staging plays reviewed by The Wall Street Journal and The New York Times. I am personally proud of the accomplishments of our 200-plus member organizations and how they contribute to the richness and quality of life in Palm Beach County. I am proud that we are making art here.”

Marilyn Bauer, director of marketing and government affairs at the Cultural Council, is a marketing and communications expert with extensive experience in cross-platform marketing. She is also an award-winning journalist and two-time National Endowment for the Arts fellow with more than twenty years of experience working for major metropolitan newspapers, national magazines. and websites on both the editorial and business sides. She has been an arts advocate for most of her life, not only writing about the business and importance of the arts in numerous outlets, but also as an art critic for publications including ARTnews, Art & Antiques, and Cincinnati Enquirer, where she was the art critic for six years. She is also a frequent contributor to Western Art & Architecture.

Marilyn attended graduate school at New York University in arts administration and has held senior marketing positions at Harper’s Magazine, Harper’s Bazaar, Cartier and American Express. She is a member of the board of the Carbonell Awards recognizing excellence in theater, and sits on the communications committee for Visit Florida.

About The Cultural Council of Palm Beach County:

The Cultural Council of Palm Beach County, a community-based organization, enhances the quality of life by creating a cultural destination through support, education and promotion of arts and culture within Palm Beach County.