One of the Internet’s initial promises was that it would finally democratize the world of commerce. Two decades later, however, there’s serious talk about whether web sellers like Amazon are monopolies. 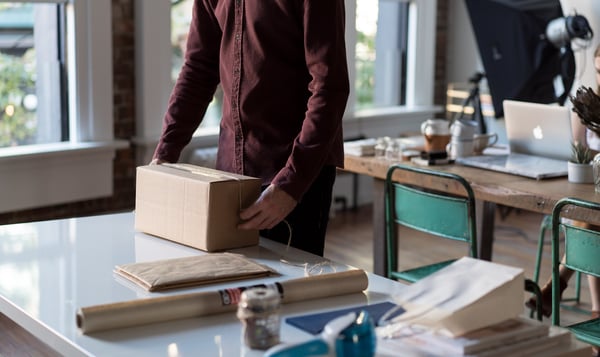 The web has certainly lowered barriers in one critical sense: a business no longer needs huge amounts of capital to open a storefront and to start reaching customers. Part of the reason the likes of Amazon, Walmart, and Alibaba are dominating market share, though, is their sheer logistical superiority. There’s simply no way most small or even medium-size businesses can ship as quickly and cost effectively—or to as many countries—as their larger rivals.

“We believe any business, regardless of size, should be able to sell worldwide,” says Jacqueline Ostrov, head of growth at Easyship.

By integrating with the Easyship platform, e-commerce sites can offer a wider range of international shipping options to customers around the world, and because the rates couriers charge through Easyship are already negotiated, the firm says clients save an average of 40 percent off their shipping costs.

“We've saved our brands over one hundred thousand dollars each in shipping and fulfillment alone—all while expanding their networks and sharing really cool products around the world,” adds Ostrov.

The company also helps sellers manage international duties and taxes, which is a notoriously complex challenge for smaller ventures. Its platform calculates those charges automatically, meaning sellers don’t have to worry about their products encountering problems at customs or finding themselves having to pay unexpected costs.

“Merchants need to understand that the post-purchase experience is as meaningful as customer acquisition,” says Ostrov, whose company earned the 2019 Gold Stevie® in the transportation category of the Web Achievement Awards for the American Business Awards® . “With that in mind, Easyship not only cares but wants to make your customer experience both exceptional and easy.”

For a growing number of e-commerce sites, overseas sales are becoming a critical part of their growth strategies. According to a survey last year by the intelligence firm Digital Commerce 360, as many as 80 percent of respondents stated that cross-border e-commerce was “a critical source of our e-commerce growth in the future.”

Among this group is Satisfye, a small US-based company that makes accessories for the Nintendo Switch gaming system. Initially, the business only sold to two countries and used just two couriers to manage shipments.

Since making the transition to Easyship, Satisfye has expanded into more than eighty countries and now uses thirteen delivery services. In the process, it’s saved roughly $60,000 in fulfillment costs, according to Easyship.

The founders of Easyship, Tommaso Tamburnotti and Augustin Ceyrac, started their careers at the European e-commerce giant Lazada. As they worked to expand the site’s presence in places like North Africa and Southeast Asia, Ostrov says they quickly saw barriers that smaller firms had to face when looking to expand their businesses. She calls this an “aha” moment for the pair.

Over the next couple of years, Tamburnotti and Ceyrac set up a main office in Hong Kong and worked on developing a new platform and building international courier relationships. In that time, the customer base and physical presence of Easyship grew enormously. The company now has offices in Asia, Australia, Europe, and North America, including its new headquarters that opened last year in Brooklyn, New York, United States.

The company also recently closed a $4 million round of funding in 2018. Cofounder Tamburnotti told TechCrunch that the financing would help Easyship develop its technology and build on its network of shipping and logistics partners.

“The future of e-commerce is the enablement of hyper-local, as well as global and domestic shipping experiences,” Tamburnotti said in a statement. “Our goal is to give merchants back the control of a complicated supply chain with the best product possible so they can enhance sales and purchaser experiences.”