How Makovsky Repositioned a Traditional Ad Medium for Digital Success

Makovsky Integrated Communications received the first-ever Grand Stevie Award for Interactive Services Agency of the Year in The 2013 American Business Awards, the top business awards program in the U.S.A.  (Entry to The 2014 American Business Awards is now open. Find out more here.)  Here we look at what winning the Grand Stevie has meant to the company; and at Makovsky’s work for MediScripts, which earned them two Gold Stevies in the Marketing Awards categories of the 2013 ABAs for Online Marketing Campaign of the Year and for Business-to-Business Marketing Campaign of the Year.

When Timothy Kane, Makovsky’s Executive Vice President, Digital Branding, heard that his firm had received the 2013 Grand Stevie for Interactive Services Agency of the Year, he was both delighted and surprised. 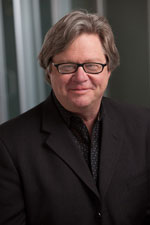 “It was especially gratifying because we’ve made a major effort to build our integrated and interactive capabilities,” said Tim. “In fact, I joined the firm specifically to establish a digital practice. This Grand Stevie is a wonderful acknowledgement that we are accomplishing our goal.”

Tim was the executive in charge of Makovsky’s multiple Stevie Award-winning MediScripts marketing campaign. “For nearly 20 years, MediScripts had enjoyed an almost effortless increase in sales and profits,” he explained.  “MediScripts’ personalized prescription pads were the perfect way for pharma companies to put their messages right in physicians’ hands at the exact point of prescription.”

But then everything changed.

A Shift to Digital Channels

In recent years, pharma marketers have been shifting an increasing percentage of their marketing dollars away from traditional marketing vehicles and into digital channels. Younger brand managers began to dismiss MediScripts as just another tchotchke.

Makovsky’s challenge was to find a way to move MediScripts out of that tchotchke graveyard and into the world of multichannel marketing.

The first step was to reposition MediScripts as an actual advertising medium:

MediScripts. The most engaging medium. The agency then redesigned MediScripts’ brand identity, with a modern proprietary font and an icon specifically designed for use in digital applications.

The new MediScripts launched in September 2011:

From Antiquated to Innovative

Makovsky’s work for the new MediScripts produced immediate results. In the first 90 days of the campaign:

But there was one final—and unexpected—result. MediScripts, once considered an antiquated company with an irrelevant value proposition, was named PM360’s Most Innovative Company of the Year, for its ability to show value within the digital space and convey measurable engagement.

Tim summarized it this way: “The hardest part of any digital campaign is how to measure its success.  Not only was MediScripts able to see an increase in meetings and sales, but also the campaign paid for itself almost immediately.”

About Timothy Kane
Timothy Kane is Executive Vice President, Digital Branding at Makovsky Integrated Communications.  In his thirty-year career as an award-winning writer, designer, and marketing strategist, Tim has developed a unique perspective on the value of branding. "The market always rewards strength," he says. "And strength is revealed through communications."

About Makovsky Integrated Communications
Kenneth D. Makovsky launched the firm in 1979 with a simple philosophy: “There is no task so difficult that it can’t be accomplished by a team of smart people working in harmony.” That mantra holds true more than 30 years later. Though many of Makovsky’s people have big agency and big brand credentials on their résumés, everyone shares an entrepreneurial mindset, infusing everything the company does with a sense of urgency and total commitment to results. That fosters a culture of collaboration, bound by a shared dedication to exceed clients’ expectations.  For more information visit: http://www.makovsky.com/