The Success Story of a Leading Costume Design House

Bon Choix Couture is one of the leading costume shops in the United States, and increasingly, the world. So impressive is its roster of clients that many who see the list online stop short: Michael Jackson (including the iconic sequined military-style jacket and white glove); Tom Cruise; Rod Stewart; Kenny Rogers; Prince; Robert Downey, Jr.; Sheena Easton; Siegfried and Roy. Their client list is a who’s who of music, film, TV and show business in general.

In the 2017 awards year for which the Los Angeles-based company won The Gold Stevie Award for Company of the Year – Apparel, Beauty & Fashion (small) in The American Business Awards and The International Business Awards, along came Disney Theme Parks with an invitation to become the official licensed costume house for Walt Disney World Wide. Dubai World Parks followed— then the cruise industry: Norwegian Cruise Lines, Holland America Cruise Lines and Disney Cruise Lines.

But here’s where the real story begins: You’d never know from the superstar clients and fancy Bon Choix dressing rooms that until CEO and Creative Director Tagui Veronica Manoyan took over in the year 2000, the company was about to go under. 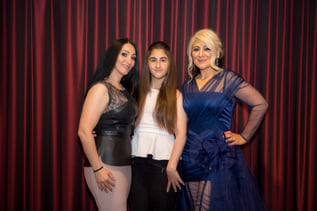 Controlled at the time by Manoyan’s mother-in-law and husband, Bon Choix was stuck in the wrong field at the wrong time: producing fancy clothing when the world was moving to blue jeans and sweats. Manoyan, then a stay-at-home mom, took instant and full control of the company. “What else was I supposed to do?” she asks matter-of-factly.

Call it “being hungry,” but within 24 hours, Manoyan was training under her mother-in-law and was quickly labeled a “natural.” Manoyan excelled at deadlines (all are a.s.a.p. in performing); at overseeing details (“I saw the costumes in my sleep”); at budgeting and finance (notably choosing to cut back and bank cash to reinvest); at technology (Manoyan was considered brilliant at mathematics and cybernetics); at managing others; hiring; and at doing what many consider the key to employee loyalty—doing anything that needs to be done, including driving the trucks each time the company moved locations— numerous times in a decade.

And it was Manoyan who chose to shift from fancy clothing to costumes and who manned the phones contacting representatives for the nation’s superstars. One by one, these artists sampled the costumes; and one by one they signed on and one by one they returned. The client return rate at Bon Choix was and is now 100%.

As Manoyan also explains matter-of-factly, doing the best work is the best business ingredient. She opted to always create costumes that are unique (a must); comfortable (“they must behave”); and that “meet every challenge.” Take, for instance, the costumes that light up for Disney’s blockbuster 2016 "Paint The Night Parade" or its 2016 large-scale musical of the animated film “Frozen.”

Or Rod Stewart’s request, as Manoyan described it, for “a traditional-looking jacket that also works when he moves around and sweats a lot.” Or a similar request from rapper Chris Brown who “does cartwheels and crazy moves!” As always, Manoyan broke industry norms by removing all construction; by using multiple fabrics; by traveling the world to find the finest high-tech fabrics that mimic traditional ones; and by printing patterns on the jackets so that they look like the real thing while operating like the best of dancewear.

Manoyan made another crucial business decision that runs counter to the industry: Do all work in-house. That meant purchasing the best technology (equipment and software) for embroidery, patterns and cutting in addition to offering hand-beading, custom stoning and hands-on 3D construction. The company is famous for its ability to reproduce costumes directly from original sketches. It is the only one in the business that, as of 2017, makes its own shoes in-house.

In 2016, Manoyan doubled the company staff and moved into a spectacular new 10,000-square-foot workspace in order to give her celebrity following what they craved: separate fitting rooms in addition to separate rooms for embroidery, fabric, sequinning and stitching.

Ask Manoyan the key to success and you’ll hear this: “I learn quickly!”

Indeed, not a day goes by even today when this powerhouse of a CEO isn’t learning something new; isn’t working past midnight to perfect it; isn’t traveling the globe for additional research; isn’t coming up with a new investment strategy for the future.

As Manoyan says, “Anything challenging and exciting I take on.”

The PJ Lhuillier Group of Companies is the top winner in the 2016 People’s Choice Stevie® Awards for Favorite Companies, a feature of The International Business Awards, the world’s only international, all-encompassing business awards program which is now in its 13th year.

The worldwide public vote was conducted this summer, with the highest number of votes deciding the winners in a variety of industries. More than 33,000 votes were cast. All Stevie Award winners in the Company of the Year categories of this year’s International Business Awards were eligible to be included in voting for the People’s Choice Stevie Awards. 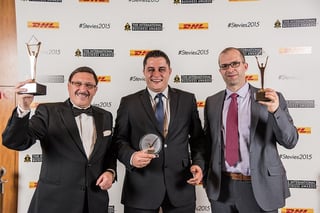 The PJ Lhuillier Group of Companies, the Manila, Philippines-based conglomerate that owns and operates a portfolio of financial services businesses, has won People’s Choice Stevie Awards in three industry categories. Freelancer.com, the Sydney, Australia-based outsourcing and crowdsourcing marketplace for small businesses, has won two People’s Choice Stevie Awards.   The organization that received the most votes overall is the Dubai Statistics Center.

The crystal People’s Choice Stevie Awards will be presented to winners at The International Business Awards banquet on Friday, 21 October at the Rome Cavalieri, Waldorf Astoria Hotel in Rome, Italy. Tickets for the event are now on sale. The winners of peer-adjudicated Gold, Silver and Bronze Stevie Awards will be presented with their awards along with the People’s Choice Stevie Awards. Stevie winners were selected from more than 3,800 nominations received from organizations and individuals in more than 60 nations.

The winners of the 2016 People’s Choice Stevie Awards for Favorite Companies are: 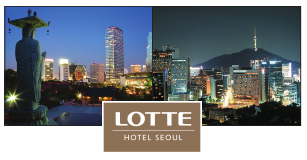