Winners in the 2019 Stevie® Awards for Great Employers, an international competition, were announced on Friday, September 20 during a gala event in New York City. The awards recognize the world’s best employers and the human resources professionals, teams, achievements and HR-related products and suppliers who help to create and drive great places to work. A complete list of Gold, Silver and Bronze Stevie Award winners by category is available at www.StevieAwards.com/HR. 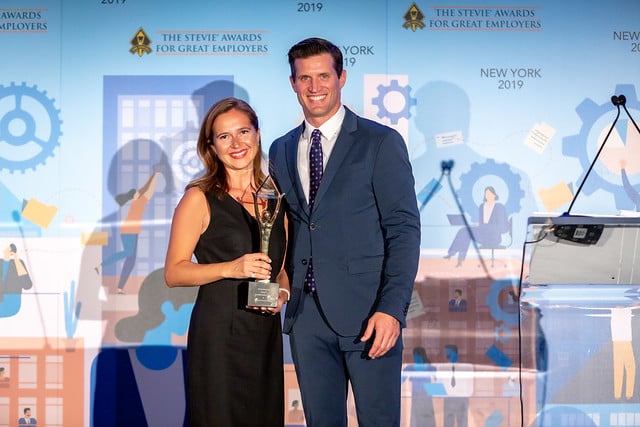 The Grand Stevie Award for the Highest-Rated Nomination of the Year goes to Toyota Turkey Marketing and Sales Inc.

More than 600 nominations from organizations from 24 nations were evaluated in this year’s competition. Winners were determined by the average scores of more than 60 professionals worldwide, acting as judges. Stevie Award winners in the 35 Employer of the Year categories were determined by a unique blending of the ratings of professionals and the votes of the general public.

Entries for the 2019 Stevie Awards for Great Employers will open in March. The entry kit will be available then at www.StevieAwards.com/HR.