Where Are They Now? 2010 Stevie Awards Winner Isabelle Duston

Today's profile is of Isabelle Duston, Founder of Apps of All Nations, LLC.

Isabelle Duston founded Apps of All Nations, LLC, a company for which she won two Gold Stevie Awards in the 2010 edition of the Stevie Awards for Women in Business.  After selling more than 500,000 apps, Duston tended to her dream of teaching reading in developing nations through the use of technology.  She created a non-profit organization, ilearn4fun, focused on providing reading in such areas.  In her leadership role there, she presented at many conferences; among them the mobile learning week at Unesco and Online-Educa. In 2011, she earned an innovation award from Region 2000. 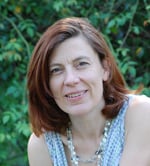 Duston then created a social enterprise with a similar mission, called Et4d (Education Technology for Development) and made all the investments in this enterprise using the funds she reaped from Apps of All Nations.

Through a partnership with World Education, she won a partial grant from USaid to create the application smart4kids in Khmer for Cambodia, marking her first viable contract.  Recently, immigration laws have made it a little bit easier for entrepreneurs to obtain a green card but proving recognition as an entrepreneur was critical to this process for Duston.  She obtained her green card for the deployment of this education project. Duston’s winning two Gold Stevies marked this point of achievement in her career, and has since served as a springboard to her current role and successes.

This project is still Duston’s main focus, and she believes that in the coming years she will truly be able to make a difference in education while teaching reading in her mother tongue.  She attributes much of her ability to make these dreams come true to her Stevie wins and the recognition she earned as a consummate female entrepreneur.

“Earning the Stevies had a significant impact on my credibility as a founder and leader in business as well as that of the organization I was heading at the time I won.  I believe it played a role in allowing me get recognized in other awards competitions, and aided in my ability to secure a green card to work on my next project.  The Stevie Awards have helped me feel more confident in my capacity as an entrepreneur and an innovator, and has had great influence on the pursuits I continue to chase.”

The entry deadline for the 2013 Stevie Awards for Women in Business is August 28.  Complete details on how to enter are at www.StevieAwards.com/Women.