Where Are They Now? 2007 Stevie Awards Winner Dr. Laureen Wishom

Dr. Laureen Wishom is a growth, success and acceleration coach, author and international speaker with a growing business focused on helping others succeed in career, business and life.  Her clients range from high-achieving women (and enlightened men) executives, entrepreneurs, non-profit leaders and career professionals who want to reap drastic results in the areas of business, branding and marketing. 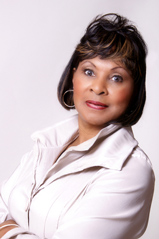 At the time of her winning the Stevie Award in 2007, Wishom was looking to expand her nationwide footprint and heighten her social presence in the marketplace.

The recognition from the Stevie Awards has helped Wishom reach new highs.  She is now an internationally acclaimed speaker and best-selling author on Amazon.com, with a hugely successful entity focused on helping others take their businesses and careers to a "whole new level."

The Stevie Award helped catapult Wishom’s company's performance as well as elevate her own self-growth and self-worth. She has further solidified her expert position in the areas of career and business, healthy living and a life by design.

Since winning the Stevie Award, many doors have opened that led to Wishom receiving many national, regional and local accolades and establishing herself as a prominent national speaker.

“Outside of being recognized as a best-selling author on Amazon.com, the Stevie Award has been my most recognized accolade.”