Vigilante Efforts for Community Building from Family League of Baltimore

Nonprofit organizations can face challenges when it comes to planning and executing successful communications and community engagement work. But Family League of Baltimore (FLB), an intermediary nonprofit, has uniquely positioned itself to invest in initiatives that provide access to resources and opportunities not readily available to children and families in many city neighborhoods. Their deep collaboration and capacity for building with local leaders, community-based organizations, funders, and other stakeholders have all contributed to their Gold Stevie Award in the Communications Department of The Year category in The 2017 American Business Awards.

Positive Changes that Align with Community Priorities
Each year, FLB makes collaborative efforts, and targeted investments to help open doors to education, health care, and economic opportunity for tens of thousands of children, youths, and families living in Baltimore, MD USA. Amy Bernstein, Director of External Relations at Family League of Baltimore says winning a Gold Stevie has made an immediate impact on their organizations. 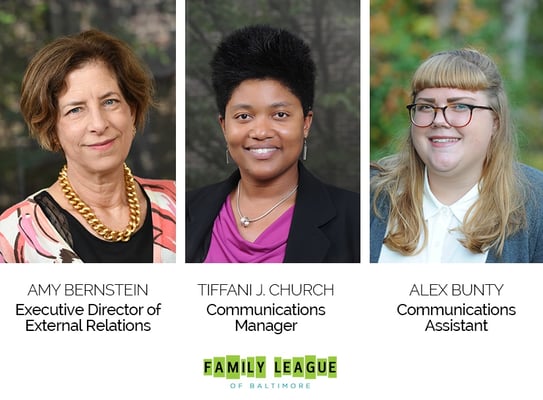 “It prompted a meaningful conversation with our CEO and COO about the true strategic role and potential reach of communications as an organizational asset; validated our professionalism; and gave us an opportunity, through Facebook, to link the recognition with our dedication to sharing stories and progress about people and programs in the communities where we invest public resources.”

FLB occupies a unique niche in Baltimore's nonprofit landscape. In large part, as a hub organization that's able to braid together federal, state, city, and private dollars to ensure these funds are invested in programs and services that align with community priorities; direct resources towards the needs of the “whole” child, from prenatal and family health care up through college and career; strengthen the capacity of existing service providers across the City; and advocate for meaningful policy changes to improve lives and build equity.

Since FLB relies on government funds, a great effort in working closely with elected officials at the state and local levels is necessary for continued success. Bernstein keeps a close eye on their, “value proposition and ability to achieve results that matter to children, families, and their communities.” This requires constant and vigilant efforts to educate and inform leaders on an almost daily basis.

“Our message and our target demographics depends more and more on online communications, it's increasingly challenging to reach people who do not use the Internet regularly.”

Constantly Learning From Each Other

Bernstein is a big fan of their three-person team aimed at reflecting diversity in terms of age (GenX, Millennial, and Baby Boomer), work experience, and core skill sets. In many workplaces, navigating inter-generational relationships is a source of tension and conflict.

“For us, it is a source of strength; we constantly learn from one another. We approach every communications campaign with clear goals in mind; we listen closely to our internal "customers" as to what is needed”

Staying as creative and integrated as possible is the name of the game. Whether in their graphic design, social media or print and video campaigns, “striving for authenticity in our work--using real images, voices, and testimonials of real people from our local communities, as much as possible is a significant predictor of success.”

Bernstein acknowledges how important experiences in collaborative efforts are when the time comes to sway partnerships to their path. Inexperienced professionals may or may not be ready.

“Our team has over 50 years of combined experience in almost every communications niche--ranging from corporate PR to journalism to executive speechwriting. There is hardly a challenge that comes our way that we have not dealt with before, in some way, which helps us find the best solutions. Together, in less than a year, we have built a versatile, proactive communications shop virtually from scratch.”
0 Comments Click here to read/write comments

Why Communication is Key to Korean Government

The 2017 Asia-Pacific Stevie Awards will open for entries in October.  Sign up to recieve the entry kit as soon as it's available.

Because of a low birth rate and rapidly aging population, social welfare requirements in South Korea have increased. This has put pressure on local finance, so in 2015, the Ministry of the Interior (MOI) introduced Local Finance Reforms to help address these problems. As a result, the Ministry has significantly improved public service communications with local communities through such activities as locally oriented storytelling, customized field public relations, extensive communications through social media channels, and the production and distribution of visual products such as info-graphics. 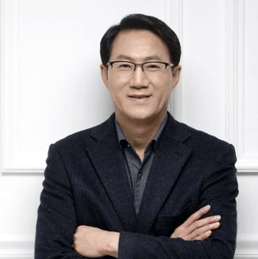 We talked with Kim Sung-lyul, Vice Minster at the MOI, about the challenges his office was addressing; what winning the Gold and Grand Stevie Awards had meant to his department; and what the department was planning for the coming year.

Kim told us that the main objective of the reforms carried out by the MOI since 2015 was to improve local fiscal operative soundness and transparency, which up until then had been the task of local governments. As he put it: “Communication was key, as the process involved different stakeholders such as local businesses and citizens.”

The MOI used various methods to communicate with different people. Kim explained: “A program called ‘Regional Storytelling (Not Text, But Story),’ was developed to cater to regional citizens, along with customized regional promotion campaigns; participatory activity produced by Social Media journalists composed of digitalized policy prosumers; Group Intelligence linking service of portals (Netizens ask and MOI answers); the production and distribution of visual-intuitive contents such as infographics—these were just a few other examples. Public relations were also conducted through the social media channels and other different news media of the MOI.”

The MOI efforts proved a success, Kim told us. “The program to publicize local fiscal reform gained good reviews after a thorough evaluation. And winning the Grand and Gold Stevie Awards shows that our diverse efforts to communicate with the citizens have now received recognition on a wider stage.”

Continued Kim: “It is a great honor that our program to publicize local fiscal reform has won an internationally renowned award. It has inspired the teams that contributed to promoting these programs despite difficult circumstances.  Our publicists are more confident and more focused on their work, and our administrators recognize more than ever the important role that communications play in actively motivating people.

“It was also immensely helpful to have learned about other excellent cases and individuals from different countries at the awards ceremony, and to expand our network of policy publicity within the Asia-Pacific region.

“We fully expect that our government-led reforms will be further encouraged as the program is recognized by the international community. We have successfully publicized our different policies, and while we acknowledge the fact that it is a rare thing, it is delightful to have been officially recognized from the outside.  I would also like to express my gratitude to the judging committee and officials of the Stevie Awards.”

Looking ahead, Kim told us that the MOI will continue its efforts to communicate with citizens using various practical approaches to allow easier understanding of its major policies.  “We are currently focusing on Government 3.0 tasks. Government 3.0 is based on Article 1 Clause 2 of the Constitution, which states: The sovereignty of the Republic of Korea resides with its citizens. Simply put, we are encouraging citizens to actively participate in evaluating the government’s policies, works and services.”

“A good example of Government 3.0 is the Citizen Policy Design Group, in which citizens proactively participate in the enforcement of government policies. Not only do citizens enjoy the services provided, but also they directly create ideas and services, which the government may adopt or purchase as needed. The society we are living in right now is one where everyone can be a professional and wisdom is valued over knowledge. We have introduced the concept of Do-It-Yourself to public services!”

Kim is enthusiastic about his career and the future: “If I had to live my life again I would still be a civil servant. I can think of no other occupation that is more rewarding. I take care and protect the lives, property, and security of the people. As a public official, I put people first. I can provide what people need and I can make the fallen stand once again.

Kim has a personal credo, which consists of three core values: Pride, Pleasure, and Fulfillment.

“People should have pride and respect for themselves. Being proud and respectful—not arrogant—will lead to success. And people should be proud of their work, organization, boss, and country as well.”

“Secondly, you should enjoy work. Don’t just do it for the sake of doing it, but do it differently from others. Pleasure comes when you see new things and do new things.”

“Last but not least, everything should come with a sense of fulfillment. Work can only be truly rewarding when you feel it in your heart, not just from getting a prizes or being promoted. You should be moved and impressed by your own work.”

Vice Minister Kim Sung-lyul was born to serve. His father was a police officer, teacher, and a town official. Following in his father’s footsteps, Kim has been a devoted public servant for 30 years. He is immensely proud that his work protects the lives, security, and property of the people.  Kim is also a founding members of the Civil Service Commission, and is proud of his involvement in the establishment of the public officer system, including the senior executive service system, incentive salaries, executive agency system, political executive HR system, and more.

Before starting his career as a public servant, Kim studied public policies in the United States.

About the Korean Ministry of Interior:

The Korean Ministry of the Interior is one of the core departments of the Korean government, working to improve the wellbeing of citizens through innovation and local governance. Under the regime of Park Geun-hye, President of the Republic of Korea, the MOI is focused on creating jobs and establishing an efficient government by providing customized services through Government 3.0 under the maxims of openness, sharing, communication, and cooperation.

The MOI is devoting its full capacity to improving local government by fortifying and reforming local finance. Its top priority currently is to fulfill national endeavors to create an autonomous living style in which the people are happy; and to eliminate discomfort in daily life by reviving the local economy through on-the-spot regulatory reforms and innovation of local budgets.