Here we look at the highly successful AT&T/Samsung sponsorship that MAC Presents put together with the New York fashion label rag & bone.

For the launch of the Samsung Galaxy Note, AT&T and Samsung wanted to target the creative, fashion-forward mobile consumer, who would not only want the latest in advanced technology but would also view the device as a fashion accessory.

A custom promotion solution was needed that would establish a Galaxy Note social community within the fashion world during New York’s Fashion Week. Ideally, this social platform would integrate the phone into the daily life both of a fashion designer partner and of respected fashion bloggers.

MAC Presents worked with AT&T and Samsung's marketing teams to select the ideal designers for them to collaborate with, and to create the unique marketing that would effectively reach the Galaxy Note's target audience.

The Galaxy Note was integrated into rag & bone’s 2012 fashion show during New York Fashion Week with signage and an exclusive, branded VIP area backstage. Additionally, influential fashion bloggers such as Bryan Boy, Leandra Medine, and Susie Bubble were given Galaxy Note devices to use for posting to their blogs and tweets during New York Fashion Week.

A daily Facebook advertising plan was put into effect to launch the campaign and build awareness of the Samsung Galaxy Note.

In total, over 4 billion consumer impressions were garnered through online efforts. 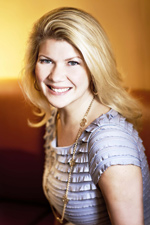 The Value of Social Media

Marcie Allen, president of MAC Presents, comments: “Social media has opened up brand involvement beyond tour sponsorships.” Allen points to MAC Presents' launching of Nokia Music with AT&T through a sponsorship with Green Day that has garnered more than 165 million social media impressions, as well as a Gold Stevie in the 2013 American Business Awards. “All the programs we put together in 2012 were heavily based in social media,” she says. “There has to be value. You have to be able to measure and track sales. You can do that with social media.”

About Marcie Allen
Marcie Allen is President of New York City-based sponsorship and fulfillment agency MAC Presents. Allen leverages her eighteen years of music industry experience to negotiate high profile sponsorships between the world’s leading brands and artists. Allen has executed partnerships on behalf of brands including Jeep, Microsoft, Samsung, CITI, AT&T, and Nokia.  She is a seven-time nominee and two-time winner of Billboard Magazine's Concert Marketing and Promotion Award. Allen was named to Billboard’s Women in Music in 2010, 2011, and 2012 and Billboard’s 40 under 40 in 2013.

In April 2013, The White House honored Allen as one of their Hurricane Sandy "Champions of Change." The event highlighted people and organizations directly involved in response and recovery efforts following Hurricane Sandy. Allen directed a documentary short, “Beach 119,” about her efforts in Rockaways, New York, after the storm.

Prior to starting MAC, Allen owned and operated MAD Booking & Events, which booked and produced music festivals across the country including On the Bricks in Atlanta, GA. Allen is on the board of directors for Musicians on Call and the TJ Martell Foundation.

About MAC Presents
MAC Presents is an award-winning sponsorship and fulfillment agency based in New York City that executes partnerships between the world’s leading brands and artists. With expertise in the music industry, MAC creates authentic brand connections that produce unique experiences and ignite consumer passion.