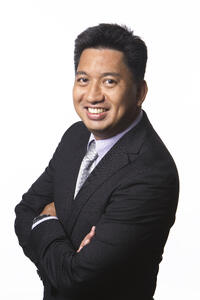 GCASH is a mobile money service of G-Xchange, Inc. a wholly owned subsidiary of Globe Telecom, one of the leading telecommunications companies in the Philippines. It allows subscribers to convert their money to GCASH (stored automatically in the subscriber’s “GCASH wallet”) and use this to purchase airtime load, send money, and pay their bills—all at the speed of a text message.

Operating as an innovative mobile money service in the Philippines, a traditional, third world nation, is very challenging. To illustrate, a good 80% of Filipinos transact in cash and only 20% actually venture into the convenience of credit and debit cards - for safety (less exposure to fraud), and because Filipinos shun the thought of being in debt.

We asked Paolo Baltao, president of G-Xchange, Inc., what he saw as the biggest challenges to online shopping in The Philippines in 2014.

“Only a small percentage of Filipinos own credit cards which can be used for online shopping,” said Baltao, “while those who do are hindered from shopping from foreign websites (i) because of the hassles and fees required when the package reaches Philippine grounds; and (ii) because not all foreign merchants ship internationally.”

Continued Baltao: “We developed GCASH American Express Virtual Pay to respond to the growing customer preference for online shopping and e-commerce, and to ensure that the product will guarantee security, convenience, and the promise of package delivery straight to the Philippine doorstep.”

“As GCASH goes deeper into the world of payments, it is constantly faced with the challenge of innovating to fit the consumer’s ever-changing lifestyle,” added Balata. “Winning the Stevie® Award in 2013 provided international recognition of GCASH as one of the world’s best when it comes to product and service innovation. It also strengthened the value proposition of GCASH as the leading mobile money service in the Philippines.”

“We are elated with the global recognition that winning the Stevie® Award has given the brand,” concluded Baltao. “Not only does it add value to our innovation: it also serves as an inspiration to continue to innovate.”

GCASH American Express® (GCASH Amex) Virtual Pay gives subscribers a virtual account linked to their GCASH wallets. The first of its kind, GCASH Amex Virtual Pay introduces a secure way of shopping from sites that accept American Express as a mode of payment. All subscribers are automatically assigned an American Express card bin linked to the subscriber’s GCASH wallet, and a security code, which they can change anytime for security. As an additional account safety measure, an SMS is sent for every successful transaction made using the service. This way, subscribers are alerted when someone tries to use their accounts.

Having assured Filipinos that the service is secure, G-Xchange proceeded with developing an end-to-end shopping experience tailored for the Philippine market. A partnership with a reliable freight forwarding company was formed: My Shopping Box (MSB) issued personalized U.S. addresses to all subscribers, enabling Filipinos to have foreign packages delivered straight to their doorsteps at affordable rates.

The Filipino proclivity towards U.S. goods had been dampened somewhat by the extra steps (and fees) they needed to take in order to receive their foreign purchases. Now, MSB settles local duties and delivers the packages that could otherwise only have been acquired by waiting for big brown boxes packed lovingly by any of the 9.5 million overseas Filipino workers—or by purchasing it locally for three times its value.

To date, GCASH Amex Virtual Pay has performed outstandingly and achieved the following results in the first year of its launch:

-        Enjoyed a 180% increase in the subscriber’s average daily transaction count;

While still conducting its operations in a conservative local environment, GCASH Amex Virtual Pay is slowly gaining a bigger reach over its market because of the relevance of the service in addressing local concerns. It is, after all, a service built for Filipinos, by Filipinos. Through this, Globe Telecom is able to bridge another gap and connect its subscribers not only to each other, but also to the rest of the world.

Concludes Baltao: “Seeing the Philippines adapt more and more to technological advancements, especially in the mobile money industry inspires me to constantly offer newer product and service innovations that will all work towards creating a wonderful world for our consumers.

Paolo Baltao is the President of G-Xchange, Inc. (GXI), a wholly owned subsidiary of Globe Telecom. GXI pioneered a cardless and cashless mobile commerce service called GCASH. Launched in the Philippines in October 2004, GCASH has over 1 million subscribers today.

Before he became President, Paolo held several positions in GXI, including International Remittance & Banking Business Development Head, Financial and Government Services Segment Head, and OFW & Money Remittance Segment Head. He was responsible for the formulation of the product strategy, management of product portfolio, creation and implementation of business strategies, and acquisition of international and domestic partners.

Prior to working for GXI, Paolo had 13 years of experience in product management and business development in the pharmaceutical, banking and remittance, and telecommunications industries.

Globe Telecom is a leading full service telecommunications company in the Philippines, serving the needs of consumers and businesses across an entire suite of products and services including mobile, fixed, broadband, data connections, internet and managed services.  Its principals are Ayala Corporation and SingTel who are acknowledged industry leaders in the country and in the region. For more information, visit www.globe.com.ph.  Follow us on Twitter: http://twitter.com/talk2Globe and Facebook: http://facebook.com/GlobePH.