The final entry deadline for The 2011 American Business Awards is fast approaching (it's March 31, although late entries will be accepted through April 27 with payment of a late fee). The corporate communications and public relations awards categories are among the most popular in the competition, so we thought we'd take this opportunity to publish Hilton Hotels' Stevie Award-winning Communications or PR Campaign of the Year entry from last year, in order to remind you that virtually all of the past Stevie Award-winning entries are published on the awards' website. You'll find the 2010 honorees in the ABAs here.

Hilton Hotels was honored last year in the category of Communications or PR Campaign of the Year - Reputation/Brand Management. The nomination was submitted by Hilton's agency partner, Covalent Logic. 30-40% of all entries submitted to Stevie Awards competitions are submitted by agencies on behalf of their clients, and the entering agency's role in preparing and submitting the nomination is always acknowledged.

We recently published a tipsheet called 10 Tips for Winning PR Awards in the 2011 Stevies - get it here.

IndoPacific Edelman of Jakarta, Indonesia, won the Stevie Award for Communications or PR Campaign of the Year in Crisis Communications in the PR awards categories of The 2010 International Business Awards. Here we look at their work that earned the Stevie.

On September 30, 2009, a 7.9 magnitude earthquake struck in the Indian Ocean, approximately 120 km offshore from the densely populated coastal region of Indonesia’s West Sumatra Province. Despite the epicenter being offshore, the earthquake caused substantial damage throughout the coastal communities, including in the region’s capital, Padang City.

Most of the inhabitants of Padang (population: 750,000), as well as an additional 884,500 people living in surrounding areas, were affected in some way by the earthquake. The final death toll came to 1,117, with an additional 1,214 seriously injured. The quake also destroyed hundreds of thousands of homes and businesses throughout the region and caused serious damage to the infrastructure of most remaining buildings.

When the government declared a state of emergency, however, national and international media outlets were quickly spreading exaggerated statistics about the quake’s aftermath.

Crisis Response Team
In order to prevent panic spreading throughout the entire population of West Sumatra, the Indonesian government, acting through the National Disaster Management Agency (BNPB), called upon IndoPacific Edelman to help get their message out to the public and restore order in the region.

IndoPacific Edelman’s crisis response team quickly mobilized and was on the scene within 72 hours of the earthquake. The team immediately established a media center that would provide accurate and reliable information to media outlets from around the world.

More than Just a Media Center
During this campaign, the media center became much more than a place that simply provided information to journalists. The center served as a reference point for all involved parties. This included members of national and international aid organizations, relief workers, major NGOs such as the United Nations, international volunteers, and members of the local community. In helping the
BNPB reassure the public, the crisis team was able to prevent a panic from making an already difficult situation even worse.

Providing Vital Information
The most tangible example of the media center’s contribution was the quantitative measurement of media coverage following the team’s arrival. Once the media center had been established, the number of articles with a negative tone decreased by 62.4 percent in only one week. This quick reduction in negative press coverage underscored the effectiveness of the crisis team in countering misinformation and making the public aware of the reality of the situation. In the month following the earthquake, the number of negative articles written had been reduced to just 9.6 percent.

More important still, the ability of IndoPacific Edelman’s crisis team to efficiently manage the media center and all crisis communications was essential in helping restore order following the disaster, and in providing vital information to all parties. This was essential in moving recovery efforts forward in the region.

In short, IndoPacific Edelman’s media center brought calm in the midst of chaos.

About the Crisis Response Team
Aditya Chandra Wardhana is currently IndoPacific Edelman’s Director for Public Affairs. He has been assisting many clients across industry sectors with his insights and strategic counsel. He completed his Ph.D. in Southeast Asian Political Economics at St. Antony’s College, Oxford, UK in July 2004.

Ezta Wahyudi is a senior consultant for the firm, providing key support for various programs including running the media centers for the Yogyakarta earthquake, the Mount Merapi disasters, and UNICEF’s Measles Campaign.

As a consultant in the Public Affairs division, Patria Pinandita specializes in industrial relations and issue and crisis management.

10 Tips for Winning PR Awards in the 2011 Stevie Awards 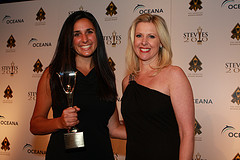 We've just published a new tipsheet called 10 Tips for Winning PR Awards in the 2011 Stevie Awards.  Get it here.

It summarizes the 10 best ways that public relations and communications professionals can be recognized in the four Stevie Awards competitions in 2011 (which include The American Business Awards, the International Business Awards, the Stevie Awards for Women in Business, and the Stevie Awards for Sales & Customer Service).  For the most part it recommends the public relations awards, web awards, and other categories that PR folks should focus on, and outlines the general submission requirements for those categories. 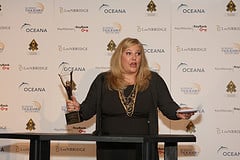 Coca-Cola HBC Romania, Bucharest, Romania was presented with the Stevie Award for Public Affairs Communications or PR Campaign of the Year, in the PR awards categories at The 2010 International Business Awards banquet in Istanbul on September 27.

When Romania became a member of the European Community in 2007, EU legislation required that Romania increase its waste recovery to 60% by 2013.

The main challenges for the country to reach this target were the lack of an integrated waste-management system with appropriate legislation—and the need to educate the population on separate collection.

Coca-Cola HBC Romania, part of the Coca-Cola Hellenic Group, took a leading role in Romania’s efforts to build an integrated system to recover packaging and to provide an awareness campaign for the general population. Separate collection and recycling represent the main sustainability directions of the company.

Objectives
Coca-Cola HBC Romania’s Community Programs team, led by Laura Sgarcitu, an experienced Public Affairs & Communications Specialist, had three objectives: to promote a legislative framework to support a waste management system; to make a significant contribution to attaining the national target set by the EU; and to promote the importance of separate collection and recycling at a national level.

A 2008 study carried out by the Institute of Marketing and Surveys in Romania (IMAS) had revealed that only half the Romanian population collected separately. In 2009, the Community Programs team at Coca-Cola HBC developed a platform on separate collection, the two major components of which were a lobbying program aimed at outlining a legislative framework for separate collection in Romania, and an educational campaign targeting the public.

Congratulations to all the winners in this year's Scottish PR awards.  Don't forget to nominate in public relations awards and communications awards categories in The 2011 International Business Awards! 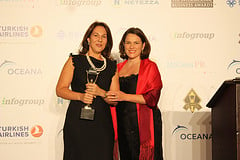 In 2010 we introduced a lot of new public relations and communications awards categories in The American Business Awards, and we haven't added any new ones for 2011.  But I thought I'd take a moment here to outline the categories that I think are the best fit for public relations, corporate communications, public affairs, and investor relations professionals, because not all of them are plainly labelled.

First off, there are those categories that are plainly labelled, and they include the many Communications or PR Campaign/Program of the Year categories we introduced in 2010.  Here are the main communications categories (the letter/nomination combinations are our internal category codes):

C02. Communications Department of the Year

C03. Communications Team of the Year

C06. Communications, Investor Relations, or PR Executive of the Year

C07. Communications Professional of the Year (for non-executive communications, PR, and IR professionals).  This category has no entry fee.

These categories all require pretty much the same information:
a. An essay or case of up to 500 words about the achievements of the nominee since January 1 2010.  Depending on the category the nominee can be an entire department, a team, an individual, or the performance of a campaign or program.
b. A set of links to online work samples, news articles, press releases, videos, images, etc. that support the nomination.  This is optional but highly recommended.  You can provide as many links as you'd like, but up to 20 is optimal.
c. A brief biography of up to 100 words about the nominee or the leader of the nominated department, team, or campaign/program initiative.

As always we welcome your comments and questions about these categories and how to enter.