4 Steps to Soaring Telesales, From a Sales Award Winner

MD On-Line, Inc. of Parsippany, New Jersey, USA won the Stevie Award for Telesales Team of the Year in the 2011 Stevie Awards for Sales & Customer Service. Entries are now being accepted for the 2012 edition of the awards - learn more at www.stevieawards.com/sales. 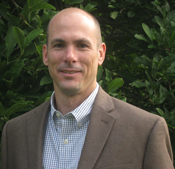 Several years ago, a study conducted by independent consultants Milliman Inc. concluded that the USA’s healthcare system could save an estimated $86 billion annually by adopting one procedural change: utilizing electronic data interchange (EDI) technology to automate claim filing, status inquiries, referrals, pre-authorizations, and eligibility.  $11 billion alone would come just from converting physicians’ offices from paper to electronic claims submissions, with estimated savings of more than $42,000 per year per provider.

These dollar savings don’t even take into account the extra benefits that would
accrue from faster payments and turnaround on claim errors, improved cash flow, and patient satisfaction.

Not surprisingly, MD On-Line (MDOL), a proven leader in healthcare information technology transactions, was able to leverage these statistics as it methodically built a customer base of over 38,000 physicians in its first 13 years of existence.  That meant that the early-adopting customers had all been converted, leaving a pool of smaller, reluctant prospects for engagement and adoption.

From July 2009, six highly motivated and internally trained telesales professionals at MDOL began targeting that high-hanging fruit.  The highly successful results demonstrated their ability to build from a strong base and to find innovative ways of exploding sales with the most reluctant prospects.

Four of the ways they achieved this were by:

1. Identifying new strategic selling approaches and closing an average of 430 new customers every month, which grew the total MDOL customer base by more than 20% to over 45,000 in the space of a year;

2. Leveraging relationships with health insurers to secure their lists of
paper-submitting providers, and developing special offers to attract the most
reluctant provider offices, including offers of free electronic transactions and packages that enabled offices to file to all insurers affordably;

3. Reaching out to the largest managed Medicaid Plan in the State of New
York with a plan for non-emergency transportation providers to submit their taxi or private ambulance charges electronically, thereby totally eliminating a time-wasting and paper-laden process that had been consuming costs for decades.

4. Engaging MDOL’s largest insurer client with a promise to convert 60,000 claims from paper-based physicians to EDI in the first year. The result:  Over 1.1 million claims were converted in the first year, and the growing claims volume has spurred a multi-year contract extension, over 3,000 new customers, and monthly revenue increases of over $20,000.

The telesales team is under the direction of MDOL’s Sales SVP, Nick Dannenbaum.  The team is young by almost any company’s standards, with half of them just completing their first year at MDOL.

“To be recognized in this way by The Stevie Awards bodes extremely well for the success of our company's future initiatives,” said Nick Dannenbaum on receiving the award early in 2011. He added: “If this is what the team could accomplish behind our core product that has been on the market for more than a decade, I can't wait to see what they will be able to do with our new products.”

The team’s next challenge is learning about and selling the Company’s first Practice Management Software, and enlisting customers in the company’s first Electronic Health Records.  Both products are designed to drive further cost and time efficiencies for healthcare providers and to transition MDOL’s customers into the next generation of healthcare EDI.  Based on their performance, selling new and innovative should be no problem.

Nicholas Dannenbaum joined MDOL in 1997 as its first Account Executive, personally securing thousands of customers and signing the Company’s 35 largest insurance/payer clients.  Today, Nick is SVP Sales and leads the Telesales, Provider/VAR Sales, and Account Management teams, while playing an integral role in the marketing of MDOL and in shaping the Company’s strategic direction.  One of the early visionaries to enter Healthcare EDI, Nick has become one of the industry’s most experienced Healthcare EDI sales and marketing professionals and is dedicated to the training and growth of his teams.

MD On-Line Inc. is a leading provider of electronic data interchange (EDI) solutions that facilitate the critical connection between doctors and payers. Its offerings enable electronic data capture and entry, and claim and transactional data submission to payers. Co-branded and endorsed by more than 30 major insurers and increasing its presence in providers' offices of all sizes, MD On-Line is transacting the business of healthcare, helping to make the healthcare system significantly more cost-effective by eradicating inefficiencies. In addition to claims processing, MD On-Line offers real-time services for eligibility verification, referrals, claim status inquiries, and electronic remittance advice (ERAs). Its "all-payer" EDI solutions encompass a network of more than 2,000 payer organizations and are used by more than 45,000 healthcare providers nationwide. For additional information visit www.mdon-line.com.