Campaigning for Change: How a Stevie® Awards Winner Used a Communications Strategy to Protect Victims of Sex Trafficking

Duffey Communications of Atlanta, Georgia, USA, earned the Gold Stevie® Award for Communications or PR Campaign of the Year in the PR awards categories of the 2012 Stevie Awards for Women in Business, the world's premier business awards for women executives, entrepreneurs, and the organizations they run. (Wednesday, July 24, is the early-bird entry deadline for the 10th annual awards. Request an entry kit here and it will be emailed to you right away.) 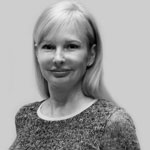 Child sex trafficking is a rampant problem worldwide, and Atlanta, Georgia, ranks among the FBI’s top 14 U.S. cities for criminal pimping activity. A Future. Not A Past. (AFNAP)­ was launched in Georgia in 2007 to stop the domestic prostitution of adolescent girls. Stevie Award winner Duffey Communications has played a major role in shining a light on this problem.

Overcoming Public Apathy
Duffey Communications worked with a coalition, including the Juvenile Justice Fund (now youthSpark), to develop the campaign’s name, brand, and strategy – and rollout the initiative statewide.  The challenge over the time was to overcome public apathy, because most people at that point ignored the issue or believed it only existed in other countries.

This challenge was met when Keisha Head, a survivor of domestic child sex trafficking, volunteered in 2011 to serve as AFNAP’s spokesperson. Keisha agreed to tell her story on behalf of AFNAP to elevate public awareness about child sex trafficking within the United States.

Difficulty Revisiting the Past
Although she was by then 31 years old, Keisha still found it difficult to revisit her past on a public stage. To provide her with the confidence and the necessary tools to tell her story, Duffey helped Keisha prepare for interviews through media training and developed a full-length feature story. This feature highlighted Keisha’s struggles as a runaway, a victim of child sex trafficking, a madam, a prisoner, and—finally—the voice for those like her who are exploited as children.

Performance to Date
Ultimately, the initiative was a huge success, receiving over 66,021,000 media impressions (more than double the goal), including an Associated Press interview in July 2011, a rare Atlanta Journal spotlight piece in September 2011, and a national Fox News story in January 2012.

In September 2011, Keisha was approached to be the voice of a campaign launched by the nation’s leading anti-trafficking organization—Polaris Project—to encourage Congress to reauthorize the Trafficking Victims Protection Act. (The Act was passed and signed by President Obama on March 7, 2013.)

In October 2011, the Office of the Fulton County District Attorney recognized Keisha Head at its 14th Annual “Voice for Victims” Awards Ceremony, held yearly to pay tribute to those who go above and beyond on behalf of victims. She was also selected to speak at The United States Attorney’s Office Human Trafficking Summit, held at Georgia State University in August 2011.

Keisha was one of eight “survivors” invited to participate in the 2012 Trafficking In Persons Symposium held in Salt Lake City in April 2012. Later that year, she was an interview subject in Atlanta’s PBA30 TV’s “How To Stop The Candy Shop” documentary, which focused on child sex trafficking. PBA30 was awarded a 2012 Southeast Regional Emmy Award for this documentary.  You can view this documentary at: http://video.pba.org/video/1771774072.

An Inspiration to Others
Despite the many lows of her past, Keisha Head used her story to change the lives of other girls like her and to raise awareness among law-enforcement officials, community ambassadors, and the general public about the commercial sexual exploitation of children.

“Through AFNAP, I was able to tell my story, a story which I hope will continue to help girls facing the same situations I did, and a story that puts a face on child prostitution to those who are working to stop this crime,” said Keisha in a press release. “These girls are your daughters, sisters, and friends. They are faces, not labels—and they are crying out for help.”

On being presented with the Gold Stevie for Best Public Service PR Campaign in November 2012, Sherri Fallin, CEO and president of Duffey, commented: “It’s important for us as an agency to support those who are willing to put themselves on the line to address tough social issues.  This is what brings about change—both in attitude and policy.  There are so many brave individuals and organizations working to put an end to child sex trafficking—and this award added voice to that cause.”

About Sherri Fallin Simmons:
Sherri Fallin Simmons’ experience in public relations, public affairs, and marketing has catapulted Atlanta’s Duffey Communications to success since she became company president and CEO in 2005. While keeping to the agency’s award-winning tradition of excellence–and bringing home more than 600 PR and marketing accolades in the past eight years—Sherri has led Duffey to develop highly visible social responsibility campaigns for issues such as water conservation, domestic child prostitution, and child-on-child sexual bullying. She has instilled her passion for social change into the agency’s business model and its staff through the creation and execution of engaging, effective public service initiatives.