Steve Seeman, Senior Vice President and Director of Human Resources at Makovsky + Company in New York City, was named Human Resources Executive of the Year in the human resources awards categories of The 2010 American Business Awards.

2009 should have been a tough year for Makovsky + Company.  It was for many PR agencies.  Instead, 2009 was a red-letter year for Makovsky, thanks to the firm’s specialized focus, the effectiveness of its campaigns, and the stellar quality of the people who executed them.

Steve Seeman’s job—and his passion—is to ensure the continuing quality of the human element in that equation.  In 2009, his efforts led to a number of awards, including recognition by The Holmes Report as “Best Agency to Work For” for the sixth year running.  The firm was honored again in 2010 with the Iron SABRE Award for “Best Employee Program,” in recognition of Steve’s pioneering, morale-boosting programs. In fact, the founder of the SABRE Awards sent him the following note: “Congrats. I thought you made an incredibly impressive commitment to staff in a difficult year, so the award was one of the easier picks.”

In addition, Steve found the time to share his expertise with the industry by serving as a member of the HR Roundtable of the Council of PR Firms and authoring PRWeek career-advice columns.  He was also seen as a go-to expert source for publications including Human Resources Executive and the New York Post.

The Power of Specialized Thinking
Thirty years ago, at a time when the rest of the PR industry was touting the benefits of generalization, Makovsky + Company was founded on the conviction that specialization was the best way to build reputation, sales, and fair valuation for clients.   Delivering on the company’s vision of the Power of Specialized Thinking™ required a certain type of professional:  analytical, entrepreneurial, and energetic, with deep knowledge of specialty areas and relevant relationships with the media.

Steve has been responsible for attracting, developing, and retaining the talent that has been the engine of Makovsky’s growth.   In 2009, he significantly expanded the firm’s use of social media for recruitment purposes and introduced eleven new professionals to its Financial Services, Technology, Health, Investor Relations, and Branding practices.

•  Mak University, Makovsky + Company’s own continuing-education program, with seminars, workshops, and personal coaching.  In 2009, Steve expanded the curriculum to include advanced training sessions for the firm’s “rising stars.”
•  Pathway to Growth career guide.
•   “We Achieve” program, honoring colleagues who role model the firm’s values.
•   Monthly staff meetings with guest speakers on business, financial, political, and cultural topics.
•   The internal MAK Awards, where outside judges select the best campaigns of the year.
•   The Young Leadership Award for junior staff, based on best original thinking for clients.
•   The Hot Award, given quarterly for performance “above and beyond the call of duty.”
•   Mak News, the company’s quarterly employee newsletter.
•   A suite of work/life balance initiatives, including flexible scheduling, telecommuting, and the company’s own Lifestyle Committee.
•   An intern program, open to college students and recent graduates.

Linking Human Capital + Business Success
There is a clear cause-and-effect relationship between loyal employees and a
loyal customer base.  Research has shown that companies that manage people
well outperform companies that don’t by as much as 40%.

Recognition + Respect
Steve’s energetic and focused management of the HR function in 2009 contributed to both individual and firm-wide successes, including 12 prestigious industry awards.

At Makovsky, the greatest concern has never been how to engage audiences, but how to win their hearts and minds.  Steve not only understands the importance of building enthusiasm and trust … he embodies it.

About Steve Seeman
Under the leadership of SVP Steve Seeman, the firm’s HR Director, Makovsky + Company has achieved one of the industry’s highest employee longevity rates—80% in 2009—and has been voted “Best Agency to Work For” year after year by The Holmes Report. A key member of Makovsky’s management team for 10 years, Steve focuses on recruitment and retention, employee relations, professional development, and performance management.  He serves on the HR Roundtable of the Council of PR Firms and frequently authors PRWeek career-advice columns.

About Makovsky + Company
Founded in 1979, Makovsky + Company is one of the nation’s largest independent global public relations, investor relations, and branding consultancies, specializing in integrated communications programs for the financial, professional services, health, technology, and business services sectors. Based in New York City, the firm has agency partners in more than 25 countries and in 35 U.S. cities through IPREX (IPREX.com), a worldwide public relations agency partnership of which Makovsky is a founder. For more information go to www.makovsky.com. 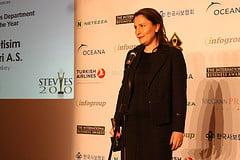 We recently published a new tipsheet called 10 Tips for Winning HR Awards in the 2011 Stevie® Awards .  Get it here..

It summarizes the 10 best ways that human resources, benefits administration, and training professionals can be recognized in the four Stevie Awards competitions in 2011 (which include The American Business Awards, the International Business Awards, the Stevie Awards for Women in Business, and the Stevie Awards for Sales & Customer Service).  For the most part it recommends the human resources awards, training awards, and other categories that HR folks should focus on, and outlines the general submission requirements for those categories.

ITM Group, Inc. in Ft. Lauderdale, Florida won a Stevie Award for their HR Bartender blog, for Blog of the Year in the Business Services industry, in the 7th annual Stevie Awards for Women in Business last Friday night.  The awards recognize women executives, women entrepreneurs, and the organization they run worldwide.  Most of the awards are for individuals and/or their organizations, but there are also a handful of web site awards, blog awards, marketing awards, advertising awards, and public relations awards categories in the Stevies for Women in Business.

ITM Group, Inc. is a strategic human resources consulting firm that works with client companies to cultivate individual and organizatio 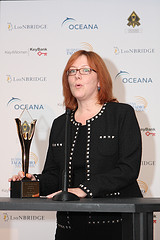 In nominating the HR Bartender blog, ITM Group wrote: "HR Bartender http://www.hrbartender.com is a friendly place to discuss workplace issues.  It was created to give working women and men the opportunity to learn critical aspects of business and management tips from a human resources perspective.  Key learnings center around leadership, professional development,
strategic planning, workplace social media and career strategies."

In accepting her Stevie Award on November 12, Sharlyn Lauby, SPHR, and President of ITM Group, Inc., said she called her blog HR Bartender because through the years she's grown to feel that HR professionals are thought of like bartenders: always available, with a smile, willing to listen, and to offer comfort to those in need. 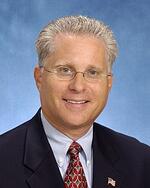