ING Commercial Banking, Amsterdam, The Netherlands won the Stevie Award for Best Communications or PR Campaign of the Year-–Issues Management in the Public Relations Awards categories of The 2010 International Business Awards.  (The final entry deadline for this year’s IBAs is June 30.)  Here we look at a successful program developed by ING’s Internal Communications team.

Following one of the most turbulent periods in the banking industry’s history—and consequent structural changes at ING—management at ING Commercial Banking (CB) Belgium found that it needed to address key organizational issues within a short timeframe.

At the top of the company’s agenda were:

-       empowering employees to get involved in ambitious plans for growth. 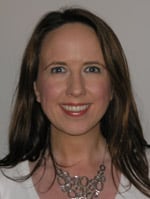 To address these issues, ING’s Internal Communications team in Amsterdam, headed by Leanne Carmody, designed “Going Further” as a bottom-up style program that would accelerate ING’s ambition to become the leading commercial bank in Belgium with active staff participation.

The most challenging of the key issues, however, was tackling employee empowerment. Ongoing research had indicated that employees did not feel involved in delivering the ING CB strategy in Belgium.

Having alerted management to the issue, the Internal Communications team developed an additional 2-step implementation plan to ensure that all employees in Belgium were fully invested in the Going Further program.

The implementation plan motivated both management and employees to share their views while actively supporting the project teams—made up of colleagues from across the business—that were tasked with developing feasible plans for achieving the company’s business goals.

To support the program’s top priorities, ING’s Internal Communications team used various tools to engage employees in helping the project teams to develop practical initiatives.  Powerful visuals and information tools supported the Going Further bottom-up approach, starting with an eye-catching video which captured the essence of where the organization was and where it wanted to be by the end of 2010.

To promote the interactive element of the program, an intranet site encouraged employees to post ideas and view video reports from the project teams. The working groups each received a Flip camera to film the different steps in the project. Team members used these cameras to post videos depicting the teams as champions for the project. Regular email newsflashes and intranet articles helped employees stay up-to-date with the program, and senior management—playing a strong, visible leadership role—encouraged employees to get involved.

To demonstrate the commitment of the company’s key leaders to the program, employees were given access to the presentation by senior management of ING Belgium and Commercial Banking Global to the Board of Directors.  Internal Communications also worked with management to provide quarterly updates on the program at Town Hall-style meetings that were attended by at least 250 CB Belgium employees.

The impact of Going Further became evident throughout the organization:
• it changed the mindset within CB Belgium, where a more solutions-
based approach has now been adopted;
• employees reported they felt they had a greater role to play in the ING
strategy and had a greater sense of ownership;
• the project teams and the colleagues they involved collectively produced no fewer than 36 concrete initiatives; and
• the microsite, launched in October 2009, proved invaluable in engaging
employees, attracting over 25,000 visits by the end of April 2010, when

Today, ING CB Belgium’s senior management is still using the “Going Further” tools provided by its Internal Communications team to address key issues, and continues to integrate communications with other business activities by linking them to overall objectives and business priorities.

Following the program’s success in Belgium, Going Further launched in CB’s Central, Eastern Europe region in April 2010 and was implemented in other CB business areas later in the year.

Prior to ING, Leanne held senior communication roles at ABN AMRO and was a consultant with Cap Gemini.  She is currently on maternity leave.

ING is a global financial institution of Dutch origin offering banking, investments, life insurance, and retirement services to over 85 million private, corporate, and institutional clients in more than 40 countries. With a diverse workforce of more than 107,000 people, ING is dedicated to setting the standard in helping its clients manage their financial future. For more information, visit www.ing.com/group/index.jsp

ING Commercial Banking meets all of the banking needs of corporations and large multinationals, as well as financial institutions. With a history that stretches back some 200 years, ING helps clients build successful businesses.