Owned by PR expert Jocelyn Johnson, Gravitas Communications of New York, New York, USA, won a Stevie Award for Communications Campaign of the Year in the 2010 Stevie Awards for Women in Business.  The 2011 edition of this global program, which honors women executives, entrepreneurs, and the organizations they run, is accepting entries through September 30. 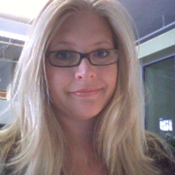 2009 was a dark year for the American automotive industry, with US automotive manufacturers desperately shuttling between Washington, D.C. and Detroit in an effort to save their businesses and get back on track.

In the context of this bleak environment, the editors at Motor Trend magazine decided that the 2010 Car of the Year (COTY) award—announced in November 2009—needed to be a bigger event than ever before.

Motor Trend magazine recognizes the best of the automotive best each year with its COTY award. This venerable award, in its 51st year in 2009, was faced with an unusually narrow field of contenders, but there was a poignancy associated with the ultimate winner, the Ford Fusion.

As the nation and the world worried about whether Detroit could be saved, it seemed fitting that the oldest and strongest of the “Big Three” would emerge triumphant among the field of global contenders.

Gravitas Communications was tasked with launching a campaign for the 2010 award that would reach new levels of coverage and serve as a positive and motivating boost to the American auto market—but with half the budget of previous years.

The goal was to appeal to a mass audience with the widest possible national
and international media coverage.

The buildup began with social-media teasers two weeks before the COTY award
announcement. These appeared on the brand’s Facebook and Twitter accounts and included social-media press releases promoting the announcement date. The Gravitas Communication’s team coordinated and shot b-roll footage for use among local media and via satellite distribution.

Gravitas also approached the winning manufacturer to stage a live Webcast from its global headquarters. Not only did this approach leverage the resources of the award winner to promote the COTY award, the event also served as a high-energy morale booster for Ford’s executive management team and employees.

The 2010 Motor Trend Car of the Year awards program was considered a great success. It resulted in 1,200 Tweets, 175 television hits, 400 online articles, 4,187 streams on the Webcast—6 times more than was hoped for—and the winner’s video garnered more than 67,000 views on YouTube.

The story was nationally syndicated in an Associated Press article. It was the main story on FoxNews.com, CNBC.com, MSNBC.com, CNN.com, USA Today.com, and Yahoo.com.  MotorTrend.com broke a million page views overall, only the second time the site had achieved that level of traffic.

”The COTY award is one of the most prestigious awards in the automotive industry and we felt honored and motivated to make it the biggest announcement in the history of the awards,” said Jocelyn Johnson, founder, Gravitas Communications.  “It was thrilling to watch the press react and the coverage come in. The client was ecstatic and that is what counts.”

Jocelyn Johnson founded Gravitas Communications in 2005 with more than
fifteen years of experience building and executing smart, strategic public
relations and communications programs for her clients. Jocelyn has worked with
industry goliaths and start-ups alike. From Google to Thwapr, Jocelyn has
worked with nearly 100 companies over her career and has launched more than 36 start-ups. She has a passion for technology, digital media/entertainment, retail, and media companies and is obsessed with how technology is changing the way we communicate and interact. Jocelyn is also proud to be a co-recipient for several PR industry awards.

Gravitas Communications is a strategic communications firm that operates at the nexus of PR, social media, and search engine optimization. Founded in 2005 by Jocelyn Johnson, Gravitas understands the constantly evolving landscape of media and how technology has forever changed how we communicate and interact.