Blue Trumpet Group in Alameda, California, USA, won the Gold Stevie® Award for Best Communications Campaign of the Year - Reputation/Brand Management in the PR awards categories of The 2012 American Business Awards, the premier business awards program in the U.S.A. (The entry deadline for the 2013 ABAs is March 27, request your entry kit here and it will be emailed to you right away.) Here we look at how Blue Trumpet Group raised awareness about wireless power and emerging technology. 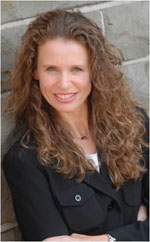 What is Wireless Power?
Fulton Innovation originally developed the concept of eCoupled™ wireless power in 1999 to solve a very real problem: safely providing power to a home-use water treatment system.  It was from there that Fulton realized that wireless power had incredible potential across a broad range of consumer electronic devices.  Convenience, reduction in cable-related warranty issues, and cable-free form factors became clear benefits.  It was evident to Fulton that a future of electronic products without power cords was not a dream, but a reality that could be brought to consumers quickly.

Fulton initially created prototypes of the innovative technology in mobile phones by retrofitting existing phones with eCoupled technology.  It used these demos to attract partners and prove that wireless power was indeed a viable technology.  In 2011, as a result of those prototypes, several of Fulton’s partners—Motorola, Samsung, LG, HTC, and Pantech—launched phones with eCoupled wireless power technology as built-in options.

Fulton’s drive to eliminating wires in the electronic industry is not limited to creating innovative technology.  Fulton’s leaders understood that mass consumer adoption of wireless power technology would only become a reality if there were industry standards.  As a result, Fulton became a founding member of the Wireless Power Consortium (WPC), which now has over 130 member companies.  Fulton is a key technology contributor to the WPC’s Qi wireless power standard, which has been developed to make it easier for consumer and manufacturers to adopt the technology without having to worry about compatibility across brands.

Blue Trumpet Group was tasked by Fulton Innovation to raise the awareness of wireless power as a viable option for devices that use traditional power cables.

A PR Challenge
Wireless power is a relatively new concept and although Fulton provided a solution—their eCoupled technology—it was clear that for the concept to be widely accepted by consumers, the PR campaign would need to extend beyond Fulton’s technology, and raise awareness of the wireless power industry as a whole.

In addition, the agency was faced with a unique challenge: Fulton had no visible product. Instead, it created the wireless power technology that it then licensed to partners to embed inside their products. This meant that Blue Trumpet Group had to go beyond basic brand management and create a comprehensive campaign addressing consumer education, industry issues, and potential partner relations.

Blue Trumpet Group’s solution was a broad-ranging campaign including:

Global Campaign
A series of whitepapers, aimed specifically at engineers, was published on leading technical websites to explain the technology and benefits in detail. Fulton executives and scientists were put on the road to speak at conferences and seminars globally, including South by Southwest (SXSW), CES, CTIA, International Wireless Power Summit, IDTechEx, and more. Over the course of a year, company spokespeople met with media from all over the globe, and distributed more than 400 electronic media kits of news, information, photos, and video. It was a relentless campaign that required meticulous attention to detail to keep the brand’s message consistent and relevant.

From CES alone, Blue Trumpet Group was instrumental in facilitating Fulton's appearance in more than 120 media articles, 30% of which included video. But more importantly, wireless power was recognized as a leading technology.

The Power of the Future
The analyst firm Demartek reported that wireless power might very well become the universal power delivery standard and stated: “Imagine the impact that this type of power distribution will have over the long term. I believe that this is like re-inventing electricity, or at least how it is delivered.”

Global Recognition:
The Global Agenda Council of the World Economic Forum recognized wireless power as a top 10 emerging technology for 2012; Wireless Power made the list of Mashable’s top 10 futuristic technologies that are in development now; and the BBC developed a feature story covering the future of the wireless power industry.

About Sharon Barclay:
Sharon Barclay is the Principal of Blue Trumpet Group and has two decades of public relations experience—both agency and in-house—across three continents.  Sharon specializes in technology, executive visibility, business-to-business, and consumer technologies.  Over the years, Sharon has worked for clients ranging from start-ups to Fortune 500s, including HP, Compaq, Computer Associates, Intel, Motorola, Samsung, Deloitte, Airvana, DriverSide, 1&1 Internet, Ziggs, NaviSite, Xircom, Blackhawk Network, and Fulton Innovation. Sharon's milstones include being a key member of the team that worked on the PR strategy and execution for the Compaq/HP merger, the largest IT merger in history and helping to launch the Pentium Pro microprocessor, the Pentium II chip, OverDrive processors, and MMX technology for Intel.

About Blue Trumpet Group:
Blue Trumpet Group is an independent corporate and executive visibility firm that brings large agency experience to clients. It specializes in tailored PR and marketing programs for companies and individuals in technology, consumer tech, and all areas supporting those sectors. For more information, go to www.bluetrumpetgroup.com.

About Fulton Innovation and eCoupled Technology:
A subsidiary of Alticor Corporation, Fulton Innovation is dedicated to commercializing new and innovative technologies that improve the way we live, work, and play.  Fulton is working with a wide range of industry-leading companies to integrate wireless power technology into infrastructure and electronic devices to enable consumers to live a truly wireless life. The engineers behind eCoupled have been developing, advancing, and perfecting the technology for over 14 years.  For additional information, please visit ecoupled.com.