How Womenkind won their advertising award in the Stevies for Women

Womenkind, a New York City-based marketing & communications company, won the Stevie Award for Best Advertising Campaign of the Year in the 2010 Stevie Awards for Women in Business.  (Entries for the 2011 awards are now open.)  Here we look at the aims and achievements of their print ad campaign for Citigroup’s Women & Co. website. 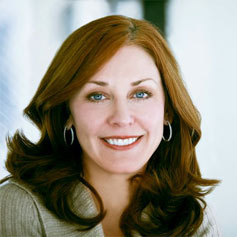 Women & Co., a service of Citibank, has always known that accomplished women are in search of honest and insightful information to guide their financial choices.  Prior to teaming up with marketing and communications firm Womenkind, however, Women & Co.’s brand awareness was low, and the target audience did not fully comprehend the benefits of membership.

Before embarking on creative development, Womenkind helped craft a distinct brand identity that would resonate with its target.  The creative team began with an exhaustive category analysis to familiarize itself with financial education, assessing Women & Co.’s strengths and weaknesses and those of its competitors.

Through these research outlets it was clear that the needs of a successful campaign would be:

-       to establish the need for Women & Co. by educating the target audience on their distinct financial realities in a positive, empowering light; and

-       to demonstrate understanding of the target audience’s specific challenges by conveying the multifaceted nature of their lives, including financial roles and responsibilities, in an authentic and relevant manner.

Based on these insights Womenkind created the “Women of Women & Co.,” a fully integrated campaign including print, digital, and rich interactive media that portrayed the collective economic power of real women based on the experiences of 33 members of Women & Co.

Womenkind arranged a photo shoot of group images for the four print spread advertisements. During the shoot Womenkind interviewed many of the "models" - the real Women & Co. members - about their stories, financial lives, and relationships with Women & Co.

The centerpiece of the campaign was the inspiring and personal financial stories of these real women. It presented their unique financial goals and experiences in a cohesive and engaging narrative. The group portraits displayed the range in age and ethnicity of this diverse community of intellectually and financially curious women.

Key to the campaign were clever headlines based on featured members’ real stories that brought women’s financial realities to life with a light-handed wit; body copy in a warm, conversational style that demonstrated how Women & Co. could help women plan for these realities; and lastly, artful group portraits which displayed the interconnectedness of the Women & Co. community.

The print campaign launched in February 2010 with four consecutive spreads in
New York Magazine’s Spring Fashion issue, and continued with spreads in the New York Times, Martha Stewart Living, and O, The Oprah Magazine (with a corresponding microsite on Oprah.com).  The campaign ran through May 2010 and was continued in the Fall of 2010.

The online banner portions of the campaign used the same recognizable images and personalities of the successful print campaign. Banners included a group photo that zoomed in on individual members as text appeared, and a mosaic of photos that highlighted individual members as text appeared. All banners had a call to action that led the user to the campaign landing page on the client's website. For the rich media, mosaic was used, with the option of selecting a member and viewing clips from her original interview.

Womenkind wanted their digital campaign for Women & Co. to be more than just a digital version of the print campaign.  Instead, they wanted to recognized the potential to dive deeper into the women’s experiences and hear their stories, thereby supporting and deepening the original print campaign.

Womenking seamlessly connected the the original print campaign with a full interactive experience by using Rich Media Flash technology. The Rich Media video banners streamed in for each woman and activated with a slight rollover, prompting more engagement that was trackable not only by what videos were watched but also by how much time was spent truly engaging with the banners and the women themselves.

The campaign highlighted the financial stories of real members, the distinct financial realities that women face, and offered an invitation to visit womenandco.com.

The digital campaign ran from March through May 2010, consisting of flash and
Rich Media video banners running on AOL, Oprah, Glam, iVillage, SELF, Women’s Health, WowOwow, Yahoo, and YuMe.

“Our strategy was to dramatize the financial realities of real women in the real world,” said Womenkind President Kristi Faulkner. “Receiving recognition from the judges of The Stevie Awards for Women In Business was affirmation that our campaign struck a nerve.“

As a result, visits to womenandco.com doubled, and the banner click-through rates were double the industry standard. Awareness of Women & Co. greatly improved, evidenced in numerous financial and advertising industry blogs and press mentions. Additionally, Women & Co. members have demonstrated a more thorough understanding of how membership enhances their financial savvy and helps them connect with a network of like-minded women.

Kristi Faulkner is President of Womenkind, a modern marketing communications company in New York that connects women to brands, to companies, and to each other. She has proven expertise in marketing to women, and is an entrepreneur, marketing strategist, keynote speaker, and seminar leader who can help other organizations realize and tap into the powerful wisdom of women.

A seasoned creative director with world-class branding experience honed at the top advertising agencies in New York, Kristi began her career in the creative department at BBDO and quickly moved up the ladder, crafting campaigns for blue-chip clients at major ad agencies such as Young & Rubicam, Hill Holliday, DDB Needham, Ammirati Puris Lintas, and Grey. Her diverse portfolio of clients includes Pepsi, Toshiba, Rolling Rock, Budget Rent A Car, Bank One, Chase, Citibank, Gillette for Women, and Bacardi. In 2008, Kristi cofounded Womenkind, a communications company that provides research, strategy, innovation and creative services to companies and brands that want to better understand, attract, and engage women.

About Womenkind:
Womenkind is a marketing and communications company built by women to engage women the way women really want to be engaged. The company brings together more than 100 years of combined experience in helping companies successfully connect with the world’s most powerful consumer: women. Womenkind expertly translates truth gleaned from its proprietary discovery process into innovative insight-to-execution solutions for clients who want to understand and motivate women.

Womenkind recently created a new website and a blog at Womenkind.net. You can sign up here for their white paper entitled "How She Roles: A study on how understanding her roles, identities, and priorities improves messaging.”

About Women & Co.
Women & Co., a service of Citibank, is a vehicle from Citibank for insightful women to build their financial knowledge, bolster their confidence, and create financial strategies that will help them achieve their goals.  Through access to education, resources, and a community of financially minded women, Women & Co. is Where Wisdom, Wealth and Women Meet.sm

What do you think of this ad campaign?