6 Tips for Winning Stevie® Awards, From a PR Awards Winner

Marketing 24/7, Inc., of Birmingham, Alabama, USA, received the Gold Stevie® Award for Communications or PR Campaign of the Year in the PR awards categories of the 2012 Stevie Awards for Women in Business. (Entries for the 2013 Stevie Awards for Women in Business, the world's top honors for female entrepreneurs, executives and the organizations they run, will open in May. Request an entry kit for the 2013 awards and it will be emailed to you when entries open.) Here Marketing 24/7, Inc's CEO, Ruwena Healy, shares her tips for winning Stevie Awards. 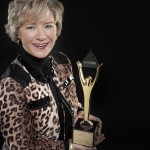 What are your top tips for winning business awards in the Stevie Awards?
The opportunity to be recognized as a Stevie Awards-winner has me thinking about the importance of pursing these kinds of business awards and honors. What does it take to always push yourself to be an award winner in your business? Obviously, it takes a great deal more than just applying for them.

For years, I have employed a variety of good business practices that have helped my company succeed:

What item of news recently caught your eye and why?
A recent article on FastCompany.com focused on why good writing is essential for business. In this age of social media driven communication, we all strive to deliver strong messages in 140 characters or less. But the true art of writing can get left behind. Good business requires good communication. I think it is crucial that we continue to stress the importance of proper pros to the young professionals coming up behind us.

If you could choose another profession, what would it be?
If I had to choose another profession, I would want to be a physician. As I’ve aged, I realized the importance of health and our family’s health.  If I were a doctor, I would know more about the basics of good medical care and be in a better position to help family and friends when important health issues arise.

As someone at the top of your profession, what keeps you inspired or makes you hit the ground running in the morning?
I have always been driven to achieve perfection. Sometimes I wish I wasn’t quite as driven. But I like being successful at whatever I set my sights on. This allows me to maintain my focus and hit the ground running every day.

About Ruwena Healy:
Ruwena Healy is the CEO of Marketing 24/7, Inc., a full-service marketing firm that specializes in developing marketing plans and executing the details of them. Founded seven years ago, Marketing 24/7, Inc. has become one of Birmingham’s Top 10 PR firms. Healy and Marketing 24/7 are the recipients of numerous national and international awards for excellence including most recently the Gold Stevie Award in the 2012 Stevie Awards for Women In Business.  Earlier in 2012, Healy was honored with the Bronze Stevie Award for Communications or PR Campaign of the Year - Low Budget in The American Business Awards and named 1st runner up in the Birmingham Business Journal’s Social Madness competition.

Healy maintains a blog at www.mastermarketing247.com and has authored numerous published articles that have appeared in PR News’ 2011 Crisis Management Guidebook, Birmingham Business Journal, The Birmingham News, Alabama Business News and al.com.  Healy is a sought after speaker and trainer covering topics on marketing, branding, social media and public relations. 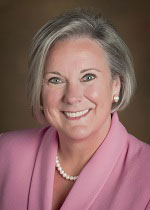 The entry deadline for the 2012 Stevie® Awards for Women in Business is quickly approaching on August 29 and we thought it would be helpful for communications professionals if we highlighted the many PR awards categories available. (Don't fret if you can't make the entry deadline, entries for the 2012 Stevie Awards for Women in Business, the world's premier business awards for women executives, entrepreneurs, and the organizations they run,  can still be submitted through the final entry deadline of September 28 with a late fee of $35.00; request your entry kit today.)

Our PR award categories for Communications or PR Campaign of the Year which recognize excellence in public relations, press relations, and publicity programs by or for women since July 1, 2011 include:

Entries in these categories require an essay of up to 500 words describing the nominated campaign: its genesis, development, planning, commission, and performance to date, a biography of the leader of the team that developed the campaign (up to 100 words), and optional (but highly recommended), a collection of supporting files and web addresses that you may upload to our server to support your entry and provide more background information to the judges.

Other website awards, blog awards, app awards, and video awards that may be of interest include:

These categories only require an essay of up to 100 words describing the nominated work: its purpose and results to date, the nominated work itself, which you should upload to our server via the new uploading tool on our online entry form, and optionally, you can provide creative and production credits for the work, such as writers, creative directors, and programmers.

Not sure where to begin? All communications awards entries are submitted directly online through your account. You can begin by registering here.

2 Reasons Why PR is a Powerful Tool, From a Stevie Awards Winner

DiGennaro Communications (DGC) of New York, New York, USA won a Stevie® Award for Best Overall Company of the Year/Service Businesses with up to 100 Employees - Advertising, Marketing, and Public Relations in the company awards categories of the 2011 Stevie Awards for Women in Business. (The early-bird deadline for the 2012 Stevie Awards for Women in Business, the world's premier awards for women executives, entrepreneurs, and the organizations they run, is July 25. Request your entry kit today.) Here we asked DGC founder, Samantha DiGennaro, why PR is so important for business. 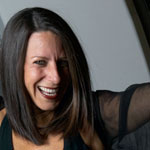 Why is PR such an important business tool?

Do you have a favorite app or blog?
My favorite blog is www.thehitboard.com … because it’s written by the best and brightest in the communications industry—DGC!

What item of news recently caught your eye and why?
“Snooki Pregnant!” The amount of coverage that this story has received is a terrible commentary on the state of our society, our values, and of journalism in general.

If you could choose another profession, what would it be?
I’d be an art therapist working with children of abuse in the inner city.

What quality or qualities do you most value in your business associates?
Honesty, integrity, an individual voice, self-expression, critical thinking, intelligence, and fearlessness.

As someone at the top of your profession, what keeps you inspired or makes you hit the ground running in the morning?
Duty, loyalty, and the desire to provide the best service to my team, to our clients, to our partners, and to society.

About Samantha DiGennaro:
Samantha DiGennaro launched DiGennaro Communications (DGC) in January 2006. Since then, she has built DGC into a highly reputable business-to-business public relations agency that boasts a roster of clients ranging from global media companies to full-service advertising agencies to digital and design outfits.

About DiGennaro Communications:
DiGennaro Communications is a leading full-service strategic communications company specializing in the marketing, media, entertainment, and business sectors. Its clients include premiere global and boutique companies such as GroupM, David & Goliath, Goodby, Silverstein & Partners, Mr Youth, Organic, and Live Nation. In 2011 DGC was named one of the top five most entrepreneurial companies in New York City by the New York Enterprise Report, was a finalist in the HR category of the New York Enterprise Small Business Awards, and was listed on the Inc. 500|5000 list.