How a Virtual Conference Fueled Demand Generation for Motorola

Bulldog Solutions, Inc. of Austin, Texas USA won the Stevie Award for Demand Generation Program of the Year in the sales awards categories of the 2011 annual Stevie Awards for Sales & Customer Service, the world's premier honors for customer service, call center, and sales professionals.  Bulldog Solutions won for their work with client Motorola on “Mobile Advantage 2010: Change the Game,” a virtual conference produced by Motorola Enterprise Solutions.  (Entries for the 2012 edition of the awards are now being accepted.) 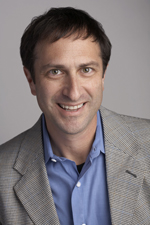 Mobile Advantage 2010: Change the Game is a virtual conference (a “trade show” offered solely as an online experience) that was produced by Motorola Enterprise Solutions on October 6, 2010 and offered subsequently in an on-demand capacity. The opt-in conference featured thought leaders from Motorola and in-depth looks at devices, applications, and technologies being developed by Motorola for mobile enterprise applications including field service, field sales, retail, healthcare, utilities, manufacturing, and transportation/distribution. It was designed to re-enforce Motorola’s leadership in enterprise solutions, strengthen partner relationships, and generate sales opportunities.

Virtual conferences are generally produced by a publication or trade group, with individual sponsors across a range of solutions providing “booths” and information and receiving lead data in return.  In this case, however, Motorola and its demand-generation agency Bulldog Solutions used the event to showcase Motorola’s own expertise and cutting-edge products, including the recently introduced ES400 Enterprise Digital Assistant.

The virtual conference gave Motorola partners a chance to understand the Motorola Enterprise Solutions group “big picture” as well as to take a closer look at specific services and solutions by visiting online booths and downloading briefings and other information. Using the virtual conference platform, Motorola was able to collect data on registrants’ interests and behavior—data that would drive targeted programs post-event.

“The virtual conference strategy that we created for Motorola made it possible for the organization to collect useful data on registrants’ interests that could then be used to drive more targeted lead-generation programs after the event,” said Rob Solomon, CEO and founder of Bulldog Solutions.

The virtual conference featured 10 booths, covering vertical practice areas as well as specific solutions. Four Webinars and four “scheduled chats” were offered throughout the day, highlighted by a featured speaker, former NFL Head Coach Brian Billick. Original videos were used to draw attention to key issues. In order to generate registrant activity, the Motorola team partnered with the NFL to create a series of sweepstakes, offering prize levels based on depth of participation and engagement in the event.

Motorola far exceeded its original registration goal, securing 1,761 registrants (the goal was 1,500). Subsequent to the live viewing, the conference remains online in an “on-demand” capacity. The level of engagement and quality of the leads, combined with a targeted follow-up plan, continues to generate additional registrants.

“This campaign is a great example of the creativity that BtoB organizations can use to produce demand-generation programs that spur prospect interest and create buzz while positioning their companies as thought leaders in their respective industries,” concluded Solomon.

Rob Solomon is the founder and chief executive officer of Bulldog Solutions. He is an experienced entrepreneur who is passionate about sales and marketing. Before establishing Bulldog Solutions, Rob was the founder, chairman and CEO of USOL Holdings, Inc. ("USOL"), a publicly traded telecommunications company with offices and operations throughout the United States.

Rob currently serves on several corporate and non-profit boards. He is the founder of the Austin Chapter of Young Entrepreneurs Organization ("YEO") and an active member in the Central Texas Chapter of Young Presidents Organization ("YPO"). Rob also recently graduated from the Birthing of Giants program, a three-year leadership program sponsored by YEO, The Massachusetts Institute of Technology, The Kaufman Foundation and Inc. Magazine.

Rob holds a Bachelor of Business Administration from The University of Texas at Austin.

Bulldog Solutions transforms BtoB marketers' ability to deliver sales-ready prospects to meet business objectives and prove marketing's impact on sales.  Bulldog Solutions is a BtoB demand-generation specialist recognized for its approach by thought leaders in the industry. Bulldog Solutions is headquartered in Austin, Texas. For more information go to www.bulldogsolutions.com.