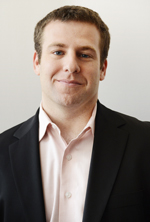 5 Tips for Running a Successful Live Event, From a Stevie Awards Winner

About Mark Mathews:
Mark E. Mathews currently serves as president and chief executive officer (CEO) for Toshiba America Business Solutions, Inc. (TABS). With the company since 1993, Mathews served in various management roles within EID prior to reaching his current position. Mathews has also been a large proponent of the company’s green initiatives by being the first manufacturer to partner with Close the Loop, a world-class recycler of imaging consumables, a program he continues to expand.

Mathews earned a master’s degree in civil engineering from Columbia University and in business administration from Anderson Graduate School of Management at the University of California, Los Angeles. A recipient of numerous academic honors, including a Guggenheim Fellowship, Mathews also holds a bachelor’s degree in engineering mechanics from the U.S. Air Force Academy. Mathews is actively involved in his local community and currently serves as chairman of the board for Habitat for Humanity of Orange County, California

The first early-bird entry deadline for 2013 American Business Awards, the premier business awards program in the U.S.A., is Friday, November 16 and we thought it would be helpful for organizations if we highlighted our live event awards categories. (If you haven't yet done so, you can download your entry kit here.) Our categories recognize excellence in live events staged since January, 1 2012.

Our 2012 Gold ABA event of the year winners included:

We have just added two new live event awards categories in The 2012 International Business Awards, the world's premier business awards competition to help you showcase your organization's successes. (The extended entry deadline for the 2012 IBAs is 18 July; you can request your entry kit here.)

Our other event awards categories include:

Your event of the year submissions should include the following information:

How will our new corporate awards categories help you highlight your organization?

Turk Telekom of Istanbul, Turkey won a Stevie® Award for Best Internal Recognition/Motivational Event in the live event awards categories of The 2011 International Business Awards, the world's premier business awards program. (The 2012 IBAs are now accepting entries. Download your entry kit here and begin submitting entries by the 16 May entry deadline.) Here we look at the how Turk Telekom strengthened their management team's leadership through their event of the year.

The 2011 event awards winner is a leading communication and convergence technology group in Turkey which provides its customers with integrated telecommunication services from PSTN and GSM to broadband internet. With nearly 30,000 employees all over Turkey, the organization was challenged to motivate their leadership when the company transitioned from being a public company to being a private company. To help ease the transition, Telekom's internal communications department organized an internal motivation event. Hosted at Turkey’s tropical Mediterranean paradise, Antalya, the event focused on ‘game playing’ to foster high level team building and strengthen leadership.

The key communications objectives were to:

To meet the communications objectives, the best event award winner's internal communications team created a series of “games” lasting over the 3 day event. The highlights included:

Telekom executives disclosed top marks for content, value, accommodation, and team spirit from the attendees in a post event survey.

There are 8 live event awards categories in The 2012 International Business Awards, the world's premier business awards competition, to help you showcase your organization's successes. (All organizations and individuals worldwide may submit nominations to the IBAs. The entry deadline is 16 May; request your entry kit here.) Our categories recognize excellence in live events staged since January 1 2011.

Our event awards categories include:

Your event of the year submissions should include:

How will our international corporate awards categories help you highlight your organization?

The entry deadline for The 2012 (10th Annual) American Business Awards, the premier business awards program in the U.S.A., is fast approaching on Wednesday, April 25 and we thought it would be helpful for organizations if we highlighted our live event awards categories. (If you haven't yet done so, you can download your entry kit here.) Our categories recognize excellence in live events staged since January 1 2011.

Our 2011 ABA event of the year winners included:

8 Strategies for Event Success, From a Live Event Awards Winner

Vemma Nutrition Company of Scottsdale, Arizona, USA won a Stevie® Award in the live event awards categories of The 2011 American Business Awards, the premier business awards program in the U.S.A., for Best Tradeshow or Convention. (The deadline for entering the 2012 ABAs is March 28. You can start submitting entries by downloading your entry kit here.)

Founded in 2004, Vemma Nutrition Company specializes in a premium liquid nutrition formula that makes it easy for consumers to get vitamins, minerals, and antioxidants needed to form a solid nutritional foundation. The company sells their product directly to individuals, and offers an income stream to people and organizations who introduce their product line to others.

In February 2011, Vemma held their annual "Power of Why" Convention at the MGM Grand Hotel in Las Vegas, Nevada to share new products, enhance selling techniques, and motivate their Brand Partners. The live event award winner hosted a successful convention by using the following strategies:

The Power of Why Convention attendees left Las Vegas with more Vemma knowledge, savvier business techniques, and extra motivation for success. As a result of their efforts, Vemma staff saw an increase of enrollments by 30%, record-breaking March 2011 sales, and immediate sale of 1/3 of 2012 convention tickets.

About Vemma Nutrition Company
Founded in 2004, Vemma Nutrition Company specializes in premium liquid nutrition providing formula in several unique products, making it easy to get for individuals to get the vitamins, minerals and antioxidants they need. The company's mission is to help others by enhancing their well being and offering an income stream to those who share the product with others. Vemma is headquartered in Scottsdale, Arizona and Vemma products are distributed in over 50 countries. For more information, visit http://www.vemma.com/.

Portugal Telecom (PT) held a hugely successful Christmas party for all their employees on December 18, 2009—for the second consecutive year—which was an auspicious way both to end the year and to start the new cycle for 2010. Here we look at how they organized this mega-event.

PT’s main objectives for organizing such a massive party—it was held in FIL, Lisbon’s futuristic International Fair halls in the Parque das Nações, and attended by just under 9,000 people­—were to bring as many of their employees together as possible, to make them all feel a part of the PT team, to celebrate the year’s successes, and, of course, to celebrate the spirit of the holidays.

The logistics of organizing such an event were awe-inspiring.  Following the success of the 2008 Christmas party, it was likely that even more of the 8,500 PT employees would want to attend the 2009 event; and PT had a formidable task to meet and surpass the high expectations raised by the 2008 party.

Christmas for People with Fiber
The theme for the event was Christmas for People with Fiber (as in fiber-optic technology) and the space was to be decorated to reflect this theme.  PT first had to find a space large enough to hold up to 9,000 people; that would allow for them all to sit down to eat; and that would provide space for the entertainment afterwards, a post-dinner show with a medley of Portuguese music.