As the final entry deadline for The 2012 International Business Awards, the world's premier business awards competition, approaches on 27 June, we wanted to provide you with several tips for submitting winning HR awards entries. (If you haven't yet done so, you can request your entry kit here.)

To make the most out of your HR award entries, we suggest the following four tips:

There are three award categories that are specifically labeled as human resource awards:

2. Review the entry submission criteria.
Information to be submitted online for these categories include:

3. Download our 10 Tips for Winning HR Awards in the 2012 Stevie® Awards tipsheet.
Our tipsheet will provide helpful tips and tools for making the most out of your entries.

4. Contact us!
We love to answer your last minute questions. Contact us at help@stevieawards.com and we'll help direct you to categories that are right for your organization.

There are 3 HR awards categories The 2012 International Business Awards, the world's premier business awards competition, to help you showcase your organization's successes. (All organizations and individuals worldwide may submit nominations. The entry deadline for the 2012 IBAs is 16 May, request your entry kit here.)

Our human resource awards categories include:

Information to be submitted online for entries in these categories include:

2012 honorees will be celebrated at the 9th annual awards banquet on Monday, 15 October in Seoul, South Korea.

Need tips for submitting human resource award entries? Download our 10 Tips for Winning HR Awards in the 2012 Stevie® Awards tipsheet. Our tipsheet will provide helpful tips and tools for making the most out of your entries.

Accenture Services Ltd of India won a Stevie® Award for Human Resources Department of the Year in the HR awards categories of The 2011 International Business Awards, the world's premier business awards  program. (The 2012 IBAs are now open for entries. We invite all organizations and individuals worldwide to submit entries by the April 11 early-bird deadline for discounted entry fees; you can request your entry kit here.)

4. Focus on Client Needs
The Human Capital Strategy also places a strong emphasis on client needs through employee development. The HR award winner was able to:

5. Integrate Global Offices
The Human Capital Strategy was not only adopted in the India office but globally as well. The HR strategy provides cross-business career opportunities, promotes integration across geographies, and encourages employees to take advantage of internal social media platforms as means to connect with other employees.

6. Update Processes
The HR department of the year also restructured several processes including performance excellence methodologies and the HR organization structure. In addition to these changes, Accenture was able to hire more than 200 new employees and advance more than 125 current employees.

About Accenture
Accenture is a global management consulting, technology services, and outsourcing company, with nearly 245,000 employees serving customers in more than 120 countries. Accenture collaborates with organizations and governments across the globe to help them become high-performance businesses through their unparalleled services, business capabilities and research methods. During the 2010-2011 fiscal year, Accenture generated net revenues of US$25.5 billion. 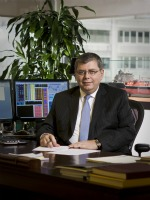 This week we've been recognizing the contributions of the judges in The 2011 (8th Annual) International Business Awards, the world's only fully-international, all-encompassing business awards program.

Today we honor the participation of the human resources awards judging panel, which was an all-Turkish committee, including 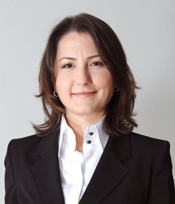 What do you think of the HR awards committees selections?