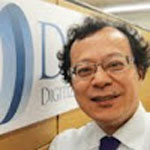 The 2012 International Business Awards, the world's premier business awards competition, feature a wide selection of categories to recognize the achievements of innovative professionals. (All organizations and individuals worldwide may submit nominations to the IBAs. The final entry deadline for the 2012 IBAs is 27 June, request your entry kit today.)

Here are four ways to win awards for your innovative technology in the 2012 IBAs:

Want more ways to highlight your organization's innovations­? Submit an entry for Most Innovative Company of the Year.

TECNET of Tokyo, Japan, was honored as a Distinguished Honoree in the company awards category for Most Innovative Company in Asia (China, Japan, and Korea) in The 2010 International Business Awards, the world's premier business awards program. (The 2012 IBAs are now accepting entries. Request your entry kit here and submit entries by the April 11 early-bird deadline for discounted entry fees.)  As part of our 10th anniversary celebration, we will be talking to a number of organizations around the world on how being honored in one of our corporate awards competitions has helped their business. Here we speak to the innovation awards winning CEO, Kiichiro Suda, about the role their Stevie® Award title has had in increasing profits.

How has being a Distinguished Honoree in The 2010 International Business Awards helped TECNET to promote its brand?

First, we found that the actual process of entering the IBAs—preparing and filling out the application—was extremely useful for us, because it made us focus on our business plan and strategy.

When we received the IBA results, we announced the award on our corporate website, in handouts, and in our recruiting media. We also shared the news with colleagues, posting the news on 30 different social media sites in Tokyo.

Although TECNET had actually been in deficit in the five years prior to when we submitted our IBA entry in 2009, we began to see a turnaround after we were named a Distinguished Honoree in 2010. By 2011, our profits had doubled, and we expect to double those profits again (400% over fiscal year 2010) by the end of this year.

What event has had the most impact on your business over the past ten years?
We started TECNET from nothing in 2005. The biggest event for us was the Lehman Brothers financial crisis in 2008, after which we had to completely restructure our business. TECNET had its first monthly surplus in December 2008, but right after that went into deficit again. We struggled for another 18 months but eventually got back into profit by overhauling the organization and improving the quality of our service.

What are your company’s plans for the future?
Our company currently has a staff of 60 and we want to increase that to 200 by 2017 in order to be able to provide effective services to more small and medium-sized enterprises. Additionally we want to spread the concept of a good way of working that in Japan we call "rental-employees."

What are your top IT tips for small businesses?
Because every company has a different structure—from the market it serves and its business model to the maturity of its organization—I only have one suggestion:  I would recommend that smaller businesses consider the "rental-employee” model as an IT solution. This way, companies with smaller budgets can organize their IT to best suit their individual business style and structure.

What quality or qualities do you most value in your business associates?
I think both customer satisfaction and employee development are the most significant goals to achieve in business.

As someone at the top of your profession, what keeps you inspired or makes you hit the ground running in the morning?
The positive feedback I get from TECNET’s clients or “rental-employees” always gives me a tremendous rush.

About Kiichiro Suda:
TECNET’s President & CEO Kiichiro Suda is an entrepreneur.  After studying at Waseda University in Tokyo, Suda acquired hands-on experience of marketing and business development through employment at various companies. In 1997, he founded the Q&A Corporation and was its CEO/COO until 2004.  At the end of Suda’s 8-year tenure, Q&A Corporation’s annual sales were 4 billion yen (approx. $50 million). Q&A Corporation is now a leading Japanese provider of technical support services (Phone/Email/On-Site) for individuals, and in 2010 the company recorded sales of 10 billion yen (approx. $126 million).  Suda founded TECNET, Inc. in 2005.

About TECNET
TECNET is an IT administration outsourcing company for small and medium-sized businesses (SMBs) in Tokyo.  It helps SMBs’ IT operation, management, and strategy. TECNET doesn’t sell computer products: it provides a human service for its corporate clients by providing an overview of their IT organizations. TECNET currently has 220 clients, 60 employees, and a web community with more than 1,700 members.

Touch Bionics of Livingston, Scotland and Hillard, Ohio USA won the Stevie Award for Most Innovative Company of the Year in Europe in The 2010 International Business Awards. Here we review the amazing accomplishments of this company’s bionic solutions.

Touch Bionics is the developer of the groundbreaking i-LIMB Hand, the
world’s first commercially available, fully articulating, bionic hand. This
product was launched to worldwide acclaim in 2007, but the company has
continued to expand its innovative product lines since then. 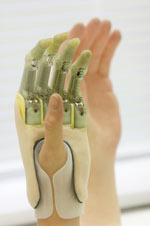 In December 2009, Touch Bionics introduced ProDigits, the world’s first bionic finger solution. Extending the technology innovation behind the i-LIMB Hand, the ProDigits solution brings the life-changing technology to partial-hand patients, whose finger absence is due either to congenital anomalies or to amputation from a traumatic incident or medical condition. The amputee population that can benefit from ProDigits is considerable, estimated at around
40,000 in the U.S. and 1.2 million worldwide and, before ProDigits, such people had no commercially available powered prosthetic solution open to them.

In May 2010, Touch Bionics introduced the new i-LIMB Pulse. This product is the latest evolution of the i-LIMB product line and a host of innovations have gone into the new product, including:
- Bluetooth-enabled software to allow the customization of the device for the
user;
- Automated grip patterns, allowing users to select the grips that are most
useful to them on a daily basis;
- Pulsing grip strength, allowing incremental additional grip force to be
applied when required;
- Low-profile design, achieved by miniaturizing many of the components of the
device and changing the design to cater almost all male and female users; and

ProDigits and the i-LIMB Pulse were the two most significant innovations from Touch Bionics in 2009-2010, but the company continues to be an innovator.

In June 2011, Touch Bionics appointed a new Chief Executive Officer, Ian Stevens.   With his background at medical devices companies Mpathy Medical and Optos, he will be leading the company through its next phase of growth.

“I am very pleased to be joining Touch Bionics at such an important point in the company’s evolution and I am looking forward to working with the team at Touch Bionics to ensure that the company enjoys continued success,” said Stewart.

About Ian Stevens
Ian Stevens joined Touch Bionics from medical devices company, Mpathy Medical, where he had served as CEO since November 2007. Prior to that, Stevens worked for Optos, a medical technology company specializing in devices that image the retina, from 1999-2007. At Optos, he served as General Manager for North America, where he had responsibility for all operations in the United States and Canada. Stevens also served as Chief Financial Officer and Director of Operations during his time at Optos.