Important Changes Made to The 2016 American Business Awards

We make changes to every Stevie Award program every year: categories are added or dropped, fees are raised (and occasionally lowered), entry requirements are tweaked, the schedule is adjusted, and so on. 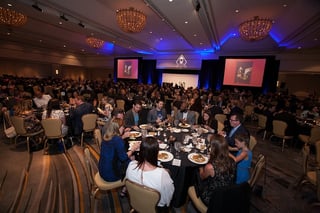 It's rare, though, that monumental changes are made.  But we've made some really important changes to The American Business Awards for their 2016 (14th annual) edition, and if your organization is in the U.S.A. and you're considering submitting nominations to the ABAs, you need to be aware of these changes.

The American Business Awards are the premier business awards program in the U.S.A., with categories to recognize achievement in every facet of work life, from management to marketing, human resources to new products and websites.  There are two early-bird entry deadlines for the 2016 edition - November 19 and December 16, 2015.  The final deadline for submissions is February 18, but late entries will be accepted through March 16 with payment of a late fee.  Get your entry kit here.

That schedule itself is one of the big changes for the 2016 ABAs, because it's significantly different from entry deadline schedules of the past.

Here's a summary of all of the changes, large and small, we've instituted for The 2016 American Business Awards.  Contact us if you have any questions about any of these topics.

Again, contact us if you have any questions about these changes to The American Business Awards for 2016.