Most information humans take in is visual and depth based. Although we do not emit lasers or lights to perceive our environments (as much as we might wish to), we still see everything very accurately with our comparatively low-quality eyes.

This means the brain is the driving factor behind the impressive results of our vision. Now, imagine a world where every device and machine has those capabilities. How well could that serve humanity?

The AI-based software solution from Lucid empowers dual-camera devices, such as mobile phones, robots, and others, to see in three dimensions, providing the depth perception of human eyes.

Lucid wants to be the platform that allows any device or machine to capture depth data in the world. In late 2018, Lucid is on track to bring in 10 times their 2017 revenue. They anticipate adding staff; opening offices around the world; and continuing to foster their culture of inclusion, work ethic, and continuous improvement. 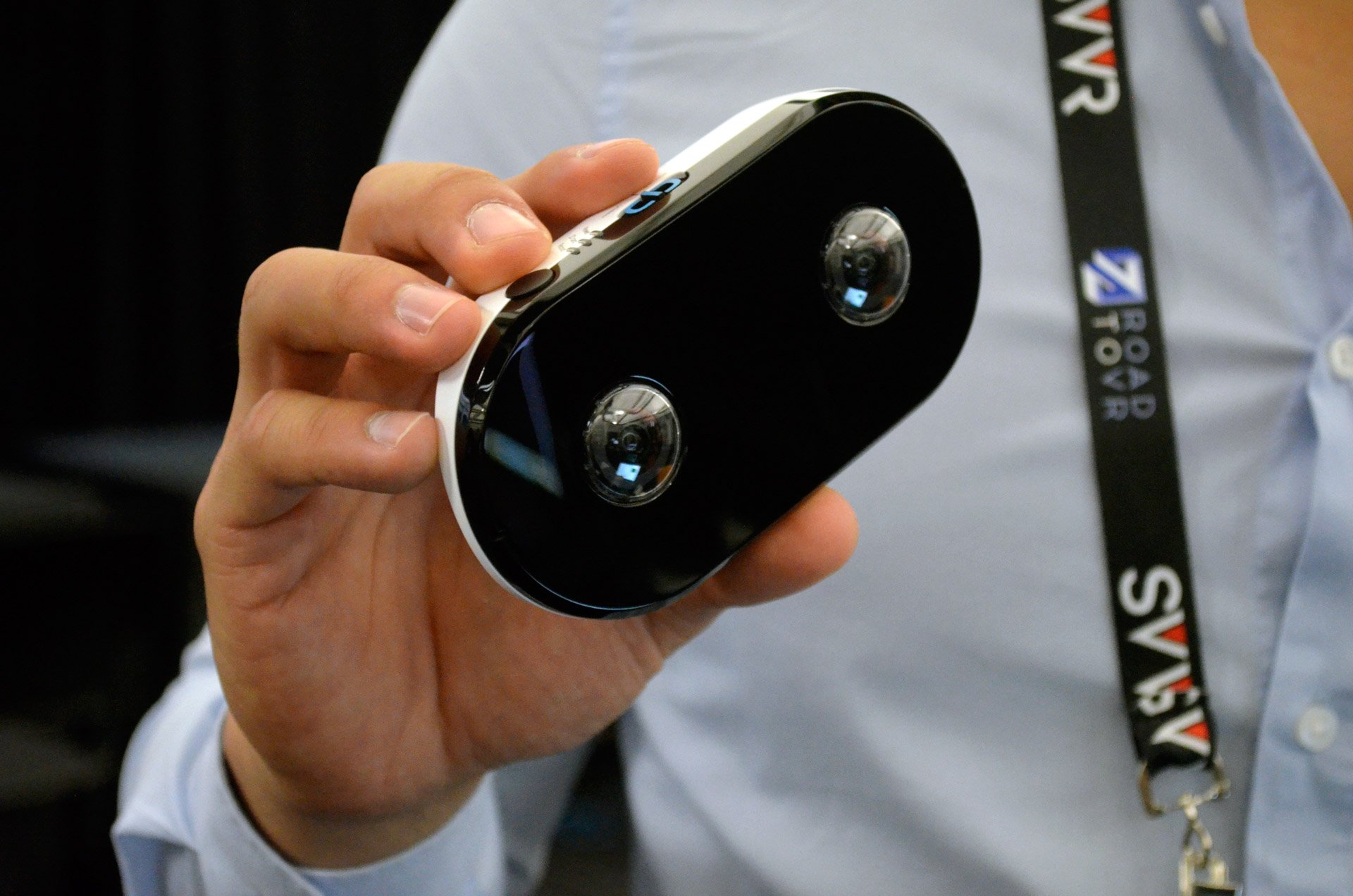 Lucid was founded in Palo Alto, California, United States, in January 2015. They focused on mimicking human vision in robots because they believed true depth vision should not be emission-based but AI-based. This defied how the entire industry was working at the time.

Han Jin is the cofounder and CEO of Lucid. He details where the company stood technologically before any tech giants entered the now growing space.

“We decided to build the world’s first VR180 camera, LucidCam, because we wanted to prove our AI-based software technology had a market,” says Jin. “There was no similar hardware until iPhone 7 Plus came out with dual cameras.”

After they successfully launched their device into retail spaces and millions of consumer hands, they observed the trend of dual cameras spreading to more than just phones.

This innovation keeps the company on track to recreate human vision through software, and they believe the deeper intermingling of humans and technology when both humans and robots are capable of doing and seeing.

AI provides solutions to many problems caused by hardware limitations. For example, smartphone manufacturers need to ensure the price they charge per device continues to be competitive in order to hit volume benchmarks. However, when trying to incorporate depth-sensing technologies, the process becomes both bulky and costly. In consumer electronics, there’s simply not a lot of room for more hardware.

Space margins are extremely thin, and this is especially true of smartphones, where real estate is dire. Additionally, when you add an expensive sensor to a device, the price, unsurprisingly, goes up.

There’s no way around this other than finding solutions that incorporate depth sensing into consumer devices without the addition of hardware. This is precisely why AI software is leading companies like Lucid into territories that weren’t previously accessible.

Five billion people have mobile phones, but the latest technological upgrades, such as built-in depth sensors, are currently too expensive for most device makers to incorporate. This disallows facial recognition, VR/AR, and 3D scanning.

At the same time, smartphone makers specifically are feeling increased downward price pressure as they try to come out with newer, more advanced devices that outpace their competitors.

The entire market is trying to find new approaches to solve this problem. As phone makers scramble to conceive new features that convince consumers to upgrade, depth sensing is increasingly on people’s radar.

When Lucid won a Gold Stevie® Award for Entrepreneur of the Year for Computer Software, the community took notice. Lucid is already improving its pure software solutions.

“This year, Lucid partnered with elite camera maker RED to build an H4V camera. The RED camera features two moving high-resolution cameras that adjust dynamically,” says Jin. “Our engine allows you to generate multiple views through AI with only two views being captured. This camera will use the new Hydrogen One phone with a holographic display as a viewfinder.”

Technology and innovation are at the core of what Lucid does, and other entrepreneurs and businesses can learn from Lucid’s alternative AI solution. Their work illustrates that software can implement capabilities much faster (and cheaper) than hardware currently can.

Teaching machines to see like humans could have huge ramifications in the technological world, and we’re just beginning to imagine all the possibilities.