By all outward appearances, Jeanne Allert had everything going for her in the mid-2000s: a successful career as an internet consultant, an elegant home, and a sizable income. Inside, however, she remembers feeling an emptiness.

“I reached a point in my life where I said, ‘Is this all there is?’” Allert recalls in an online video.

Little did the American businesswomen know her life would forever change when she met a group of volunteers who were performing outreach to women caught up in prostitution. It was there, on the streets of Baltimore, Maryland, United States, that Allert saw the magnitude of the sexual exploitation crisis—and the power of a helping hand. 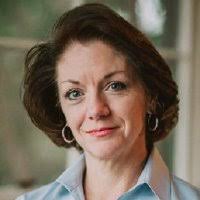 One particular victim moved Allert so deeply that, in 2007, Allert decided to launch the Samaritan Women, the mid-Atlantic region’s first residential care program for females ensnared in the domestic sex trafficking industry. It meant selling her lucrative business, putting her home on the market, and dipping into her savings to buy an abandoned 23-acre estate in Baltimore, Maryland, United States.

The organization started providing around-the-clock shelter, counseling, and medical care to women and girls who had been coerced into prostitution or other forms of sexual exploitation. As a Christian-based entity, it also began fostering spiritual healing in its residents, many of whom were suffering emotional trauma as a result of their experiences on the street.

Allert says the people who work at the homes often serve as the positive role models who have been lacking in the residents’ lives.

“When we show forgiveness, grace, and compassion, the women are observing our behavior,” says Allert.

According to Shared Hope International, girls as young as 14 to 16 are among the most commonly exploited. Traffickers prey on the most vulnerable, including those who have suffered child abuse or grew up in broken homes. They often find their victims through social media platforms and internet sites, as well as at schools and local hangouts.

Traffickers then offer the girls false promises of shelter and protection; instead, these girls face a cycle of physical and emotional abuse. By one estimate, roughly 100,000 American children are exploited in this manner every year. While getting accurate data is always difficult, the United Nations Office on Drugs and Crime makes it clear that sex trafficking is very much a global problem.

“People in all walks of life know that freedom is a basic human right, and human trafficking is modern-day slavery,” says Linda Thomas, a spokeswoman for the Samaritan Women.

Addressing a Shortage in Care

Despite the enormity of the problem in the United States, Thomas says 17 states don’t have a single shelter program to serve this population. Another 11 states have only one residence. Allert, who earned the 2018 Silver Stevie® Award for Most Innovative Woman of the Year in the Stevie Awards for Women in Business, is trying to fill that vacuum.

She and her team opened up two more homes for trafficking victims, enabling the group to create a full continuum of care for young women. Though limits exist to how many people the organization can impact directly, it’s trying to help other nonprofits meet this need across the country.

Toward that end, the group created the National Trafficking Sheltered Alliance, which serves as a trade association for shelter programs across the country. Its goal is to improve the effectiveness of shelter care nationally through advocacy, networking, agency accreditation, and an annual conference.

Another new initiative, the Institute for Shelter Care, serves as a research, training, and equipping entity to help establish new shelter programs, to stabilize and to improve current programs, and to facilitate qualified research in order to advance national standards of care and best practices.

“Human trafficking is a problem both internationally and domestically,” says Thomas. “We have only scratched the surface of providing care and healing for victims across the world.”