The Stevie® Awards have announced the twelve executives who will chair the specialized judging committees for the 13th Annual International Business Awards, the premier business awards competition around the world.

Winners in this year's International Business Awards will be announced on
August 11. Judging will take place in June and July. Winners will be celebrated at an awards banquet in Rome, Italy on October 21. 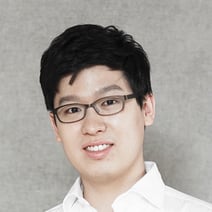 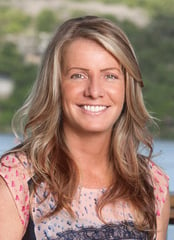 It's not every day that you see a business leader whose professional title includes the words “customer happiness.” But for Amy Downs, Chief Customer Success and Happiness Officer at Lifesize, there are simply no better words to describe her critical role at the company.

Amy joined Lifesize in 2014 to evangelize the importance of its customers throughout the organization, a core value she calls “Customer Obsession.” Amy’s role is to ensure that everyone who interacts with the company has a smile on their face. From customer success, support, service, training, community, and renewals, Amy drives the strategy and execution of programs that provide world-class experiences for Lifesize customers and partners to bring successful video collaboration to their companies. For example, introducing Net Promoter to Lifesize now propels the voices of its customers and partners into all areas of its business and is driving great organizational improvements.

Prior to joining Lifesize, Amy led Voxeo’s industry-leading customer success, support, and service organizations and oversaw all post-sales interaction with customers. She previously led professional services at Fiserv Corporation.  Amy has a Bachelor of Science Degree and a Master’s Degree in Business Administration, specializing in MIS, from the University of Florida. 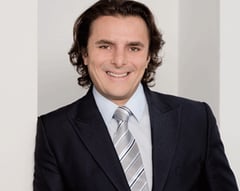 In addition to being Founder and CEO of the Global Leadership School in Berlin, Gerald Hüsch is a Founding Member and CEO of the German Society for Stress Diagnostics & Prevention GmbH, and is also a Senator in the German Senat der Wirtschaft. Gerald has been training and guiding executives from the upper and middle management of multi-national corporations for 20 years. He is regarded as a visionary expert and the pioneer of an Evidence Based Leadership & Collaboration System, a world-class collection of tools and methods that encourage ideal collaborative and leadership behaviors throughout an entire organization. His many years of work experience have enabled Gerald to establish an entirely new system that is extremely powerful while easy to use. The aim is to achieve outstanding performance–and to avoid managerial blunders such as those seen recently in the automotive industry.

In addition to his credentials as a certified coach and trainer, Gerald is also a contributing author to “Human Resource Management–The Human Face” by Dr. Parveen Prasad und Sekhar Seshan. 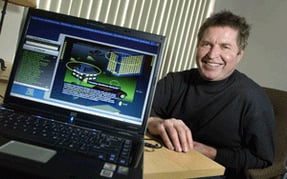 Tom has decades of experience in startups and is a consulting advisor with leading providers and venture capital companies in market planning, marketing and development, hardware/software design and development, project management, intellectual property in telecommunications, information technology, conferencing, teletraining, telecommuting, groupware, networks, call centers, internet, artificial intelligence, and more. He has managed the successful development of more than 10 software, hardware, and Internet products to market and received industry awards for this work. He has authored 13 books, and has written, produced, and directed 15 commercial videos. He has also created thousands of online e-learning tutorials on intelligent buildings, WiFi, WiMax, IPTV, telecommuting, VoIP-SIP security, artificial intelligence, and voice/data networking.

“The International Business Awards is the leading independent evaluation of companies’ business strategies, customer engagement, and benefits to a global society,” Tom told us. “I believe this competition represents the opportunity for companies to align and focus their goals for a greater purpose as it is not just the challenge of the competition, but also the ability of a company and its people to collaborate together.” 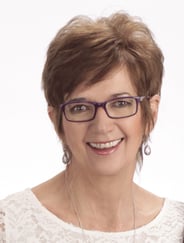 Dr. Amanda Hamilton-Attwell is a globally acclaimed specialist in improving employee efficiency. She has assisted organizations in the mining, manufacturing, and hospitality industries to improve their business results through enhanced communication and customer service. She is recognized for her knowledge in communicating to operational employees and training leadership to communicate effectively with their teams; and for her experience in change communication, communication with shift workers, and communication in crisis situations.

Amanda frequently participates in radio programs on women in management and has had several articles published on this topic. 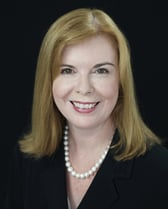 Julie Toma is the General Manager–Marketing and Communications at Sonic Clinical Services, a fully owned subsidiary of Sonic Healthcare, which is in the ASX Top 50. Julie has a background in healthcare, marketing, and management consulting with experience on global strategic planning teams, Asia Pacific marketing strategy, and new product and service development for leading corporations including Cochlear Limited, Kimberly-Clark, and BD.

Julie has a Bachelor of Applied Science (Biomedical) Degree from the University of Technology, Sydney, a Master’s Degree in Business Administration from the Macquarie Graduate School of Management, and is a Graduate of the Australian Institute of Company Directors. 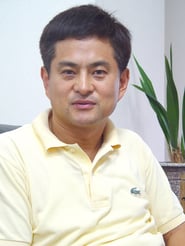 Since 2002, Han Sangpil has been Professor at the Department of Advertising and Public Relations at Hanyang University. He joined the department as an Assistant Professor in 1991, and was promoted to Associate Professor in 1997. In addition to being Head of Department at various times between 1993 and 2002, Professor Han was Associate Dean of the College of Communications and Social Science from1999 to 2002.  Outside of his academic role, Professor Han has also been Director at the Hanyang University Broadcasting Station, and earlier was the Director of Internet Hanyang.

Professor Han received a BA (Honors) from Hanyang University in 1985, having completed his military service.  In 1987, he received an MS in Advertising and Public Relations, going on to earn his Ph.D. in Communications in 1990, both from the University of Illinois at Urbana-Champaign. 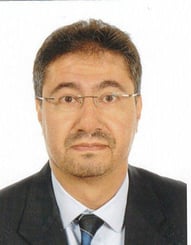 Since 2014, Dr. Habib has held the position of Under-Secretary-General, Professional Development and Scientific Affairs, at Jordan Engineers Association. From 2010 until 2014, he was the Assistant Director General, Chief Capacity Management Officer at the Istishari Hospital in Amman, Jordan. Before that, he was Acting Dean of Engineering, Director of the Nanotechnology Program, and Associate Professor of Electronics, at Princess Sumaya University for Technology in Amman, Jordan.

Dr. Habib has worked as a technical consultant to a number of engineering firms in the areas of Speech, Imaging, IT, and Biomedical Engineering. He has written over 100 publications and articles in peer-reviewed journals and for international conferences. From 2011 to 2013, he was the Vice President of the IEEE Jordan Chapter. Dr. Habib has been the Chair or Co-chair for a number of international conferences in the area of Electrical and Electronics Engineering. He is actively involved in a number of community service committees, including Rakhaa’ Noble Invest, the English Language Olympics, and JEA Consulting Committee. 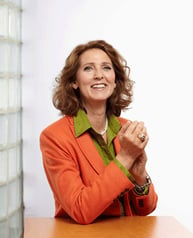 Dr. Elke Neujahr has been an Acting Partner of comm:up since 2004. The agency provides consulting services for the corporate communications of globally operating companies and organizations. Its main consulting areas are change management, coaching for top executives, media training, crisis management, and communications and corporate reputation topics.

Elke is a communications expert and has completed trainer and coach-the-coach training.  She has 11 years of experience at companies such as Continental AG, BEB Erdgas GmbH, and as the Head of Publicity and Public Relations at Hanover Airport. She has worked at public relations agencies since 1992 and for 10 years was an Acting Partner and the CEO of ECC Kohtes Klewes (now KetchumPLEON) and its holdings (650 employees).

On being appointed Chair of the Corporate Communications/Investor Relations/Public Relations Awards Judging Committee, Elke commented: “Communication is essential for a good reputation. With The International Business Awards we are able to honor best practice approaches that underline the leading role of communications in our increasingly global world.” 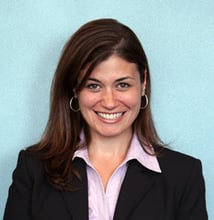 Focused on ensuring high-quality deliverables and results, Kristin is responsible for managing all aspects of PR and marketing for clients at SmartMark Communications. Prior to joining SmartMark, Kristin gained experience at a large, global public relations firm based in Washington D.C., where she provided communications counsel and service to a number of clients, including several high-profile energy and environment organizations, utilities, and corporations.

Previously, Kristin was the Communications Director of the Federal Motor Carrier Safety Administration (FMCSA) at the U.S. Department of Transportation (DOT) and directed the agency’s communications program, as well as serving as its official spokesperson. Kristin was also the Director of External Affairs for the U.S. House Committee on Resources, General Electric’s Political Action Committee Manager in their Washington, D.C. corporate office, and she served as a legislative staffer to two former congressmen in the U.S. House of Representatives. 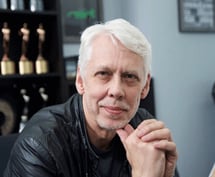 Tore’s background at agencies such as Ogilvy, based in Singapore, Tokyo, and Hong Kong in Asia, and Anderson & Lembke McCann based in Amsterdam in Europe, in addition to his many years in New York, means that TIO has a leader that knows the ins and out of cross-culture communication better than just about anybody on this small planet.

“I think I’ve learned more from judging the Stevie Awards than from any book on creativity!” Tore told us recently. Tore sees judging as an opportunity to peek into other professionals’ brains. As he puts it: “To see how others have solved certain business and creative problems is invaluable. It’s like a secret peek behind the curtain.”

You can read and see more of Tore’s adventures in China on his blog. 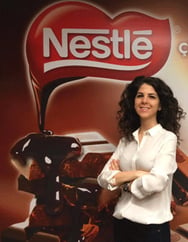 Begüm has a diverse background in both the financial services and food-and-beverage sectors. After 6 years in the banking industry with various responsibilities, she is now Consumer Engagement Services Manager at Nestlé Turkey.

In the early years of her career, she worked at creative, media planning, and PR agencies. Then, she moved to the marketing communications department of an international bank. She gained experience in credit cards marketing, digital banking marketing, customer management, and finally in the digital marketing and design department, where she worked as an Assistant Vice President.

From 2005-2009, Begüm studied Economics at Yeditepe University in Istanbul. She also studied in the Netherlands for 6 months with the Erasmus Program.

Simon previously worked at Blast Radius and TBWA\Worldwide.  He has a Bachelor of Arts Degree from Buckinghamshire New University in the United Kingdom.