The Stevie® Awards have announced the Grand Stevie Award winners in the third annual Middle East & North Africa Stevie Awards. Grand Stevie winners will be presented their awards at a gala banquet at the Waldorf Astoria Ras Al Khaimah Hotel in the United Arab Emirates on Saturday, 21 May.

The Middle East & North Africa Stevie Awards, sponsored by the Ras Al Khaimah Chamber of Commerce & Industry, is an international business awards competition open to all organizations in 17 nations in the Middle East and North Africa. The focus of the awards is recognizing innovation in all its forms. 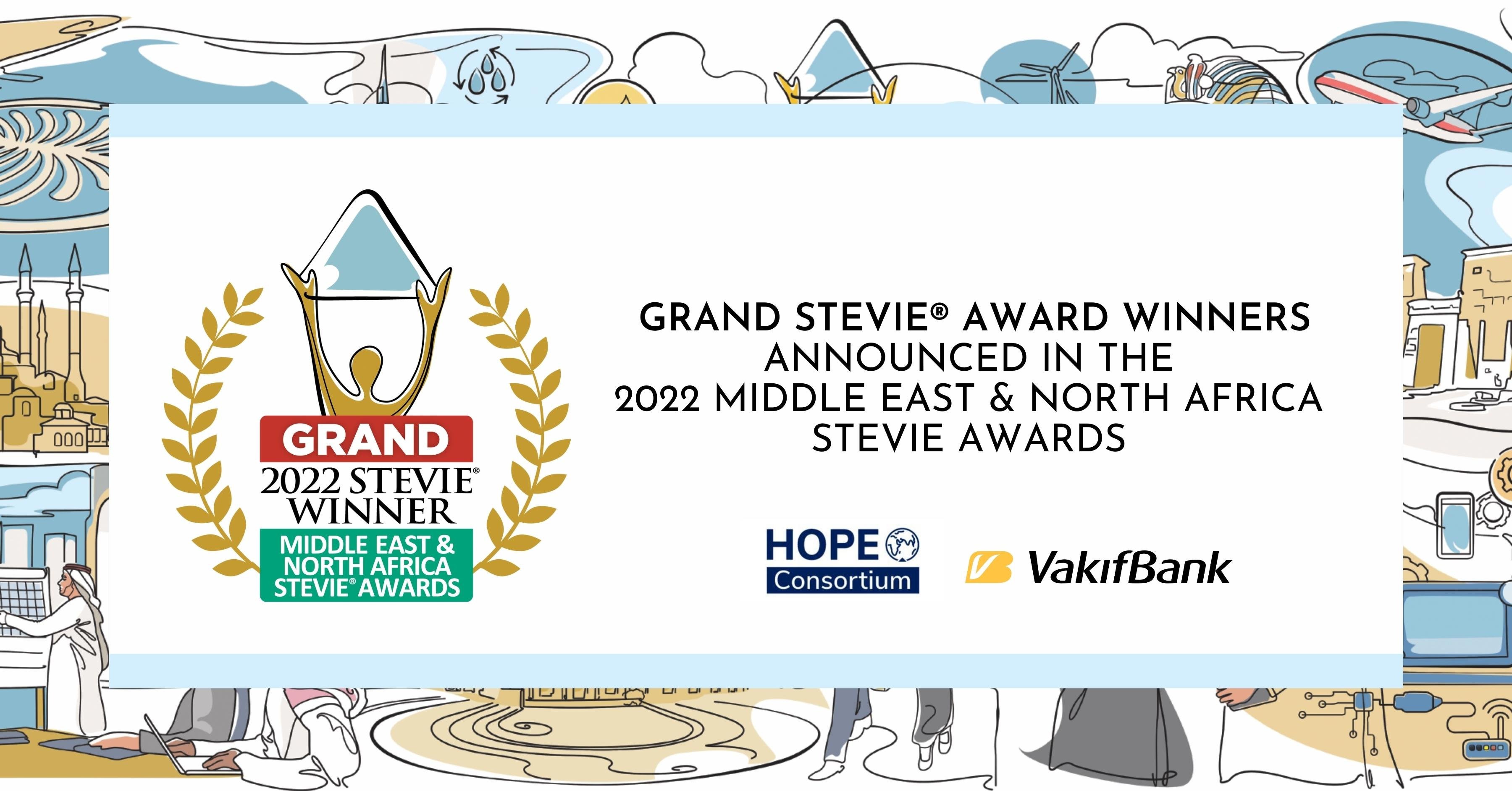 This year more than 700 nominations were considered in the judging process by more than 100 professionals, whose average ratings determined the Gold, Silver, and Bronze Stevie Award winners announced earlier in March. For a complete list of the 2022 Stevie Award winners, visit https://MENA.StevieAwards.com.

In addition to the Gold, Silver, and Bronze Stevie Awards, the top winner overall (total number of points conferred by total gold, silver, and bronze Stevie wins) and the highest-scoring nominations are awarded the Grand Stevie Awards, which cannot be applied for directly.

HIGHEST-RATED NOMINATION OF THE YEAR: “The HOPE Consortium World Immunisation & Logistics Summit 21” event, in a nomination submitted by the HOPE Consortium, Abu Dhabi, United Arab Emirates, received the highest average score from Stevie Awards judges (9.4 out of 10) in this year’s competition. The nomination won the Gold Stevie for Innovation in Government Events. The HOPE Consortium is one of the largest and most integrated logistical efforts of its kind to deliver hope and vital vaccines to the global community, formed by a collective of industry-leading local partners.

“We are thrilled to announce the 2022 Grand Stevie Award winners. VakifBank and HOPE Consortium have shown their commitment to innovation and to making the world a better place,” said Maggie Miller, President of the Stevie Awards.

Complete information about the 21 May awards banquet in Ras Al Khaimah is available at https://stevieawards.com/mena/tickets

If you, as a representative of the press, are interested in participating in the award ceremony of the Middle East & North Africa Stevie Awards on 21 May in Ras al Khaimah, UAE, please contact us at help+MENA@stevieawards.com.

The fourth edition of the Middle East & North Africa Stevie Awards will open for entries in September 2022.