This blog is written by Christina Speck (pictured below), one of the judges for the 17th
Annual Stevie Awards for Women in Business. She is Head of the Client Lab at MassMutual and the Founder of Innovation Hacks. Connect with her on LinkedIn. 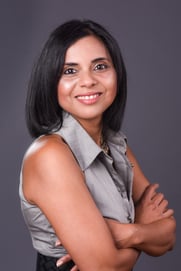 It is no secret that women are making waves in corporate America today. In the late 19th century, women broke new ground by heading for the Klondike in Alaska, panning their way to riches during the hunt for gold. In an article titled Hints to Women written on December 31, 1897, Annie Hall Strong said, "Women have made up their minds to go to the Klondike, so there is no use trying to discourage them." The article appeared in Skaguay News and was reprinted in newspapers around the country. During this trek, over a thousand women crossed the trails alone or in groups. They earned glowing tributes from the men who reported that the women hauled 100 pounds over several miles. They dragged their own stuff and fended for themselves without asking for help. Many of them made huge fortunes when they struck pure gold.

The spirit to go for gold and showcase the pure grit and determination of women is alive and well at the Stevie’s today. The Stevie Awards for Women in Business are one of eight internationally recognized, prestigious Stevie Award programs. Originally conceived by The Stevie Awards Executive Chairman, Michael Gallagher, as a way to “restore public confidence and investor trust," The Stevie Awards are intended to honor the long road to business and product innovation. As the glittering award indicates, STEVIE (derived from the Greek word ‘crowned’) is meant to crown or bestow gold on outstanding and commendable performance in the face of adversity.

One such example is the digital anthology eBook “I fly” that was created about the stories of resilience to give hope to others grasping with change and looking for new ways to reinvent their lives. These women went above and beyond to overcome extraordinary life events. Grief, loss, and pain permeate all our lives; but to know that one can not only survive trauma, tragedy, and adversity, but thrive on the other side, is what makes this entry so enduring. Another touching more grassroots entry is a most illuminating contribution from a thought leader who is known for her brilliant contributions to often articulate Steve Jobs’ vision. And it goes on and on – stories that are equally heart rending as they are inspiring.

As a returning Stevie Awards judge, I am humbled by these stories and the entries of women who set new standards and put their proverbial footprint on the sands of time. These women in business come from all nationalities and backgrounds. There is no better place for their contributions and innovation to be showcased than the Stevies which attract thousands of entries from over 70 countries. Join me in cheering on these women who had the courage to start something that changed the world for the better and perhaps, for good! 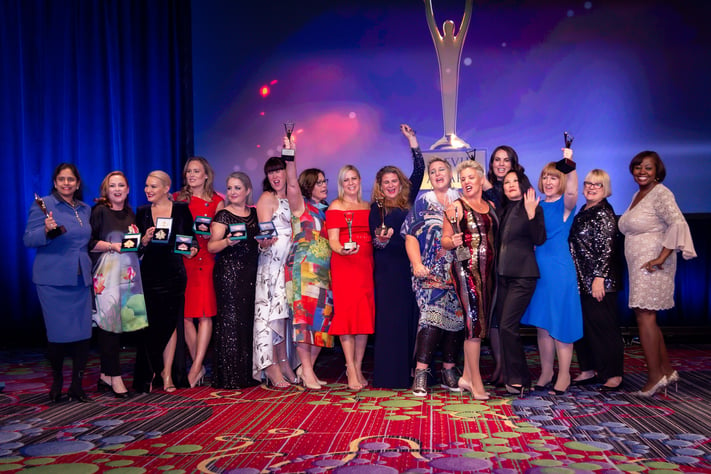 If you qualify, you'll be assigned categories based on your experience, function, and industry.  Categories are judged online, and you'll be able to review and rate as many nominations as you like, at your convenience, any time, day or night. As a judge you will learn how other organizations and individuals are achieving success and confronting challenges, you'll receive a certificate of appreciation suitable for framing, and you'll have an opportunity to win two free tickets to one of our awards banquets. Learn more about judging for the Stevie Awards.

About The Stevie Awards for Women in Business

The Stevie Awards for Women in Business honor the achievements of working women in more than 100 categories, including Entrepreneur of the Year, Executive of the Year, Mentor or Coach of the Year, Lifetime Achievement Award, Achievement in Equal Pay, Women Helping Women, Employee of the Year, Woman-Owned or -Run Company of the Year and Innovator of the Year. All female entrepreneurs, executives, employees, and the organizations they run, worldwide, are eligible to be nominated. New this year are COVID-19 response awards categories for individuals, organizations, and marketing and PR.

The 2019 Gold, Silver, and Bronze Stevie Award winners reflected a diverse group of large and small organizations around the globe. Winners included, among others: