As recently as 2014, just about everyone (other than Julianne Ponan) doubted her fledgling health food brand would survive—let alone find widespread distribution throughout Europe.

As the owner of Creative Nature, a UK-based company specializing in allergy-friendly vegan snacks and baking mixes, Ponan staked her fortunes on a crowdsourcing effort aimed at raising £150,000 of capital. However, the attempt to capture investors fell well short of the mark.

The failed fundraising campaign was the latest in a series of setbacks for the company, which was losing money at a fast clip. Three years earlier, a 22-year-old Ponan, then working as a financial analyst, was brought in to diagnose why Creative Nature was operating in the red. 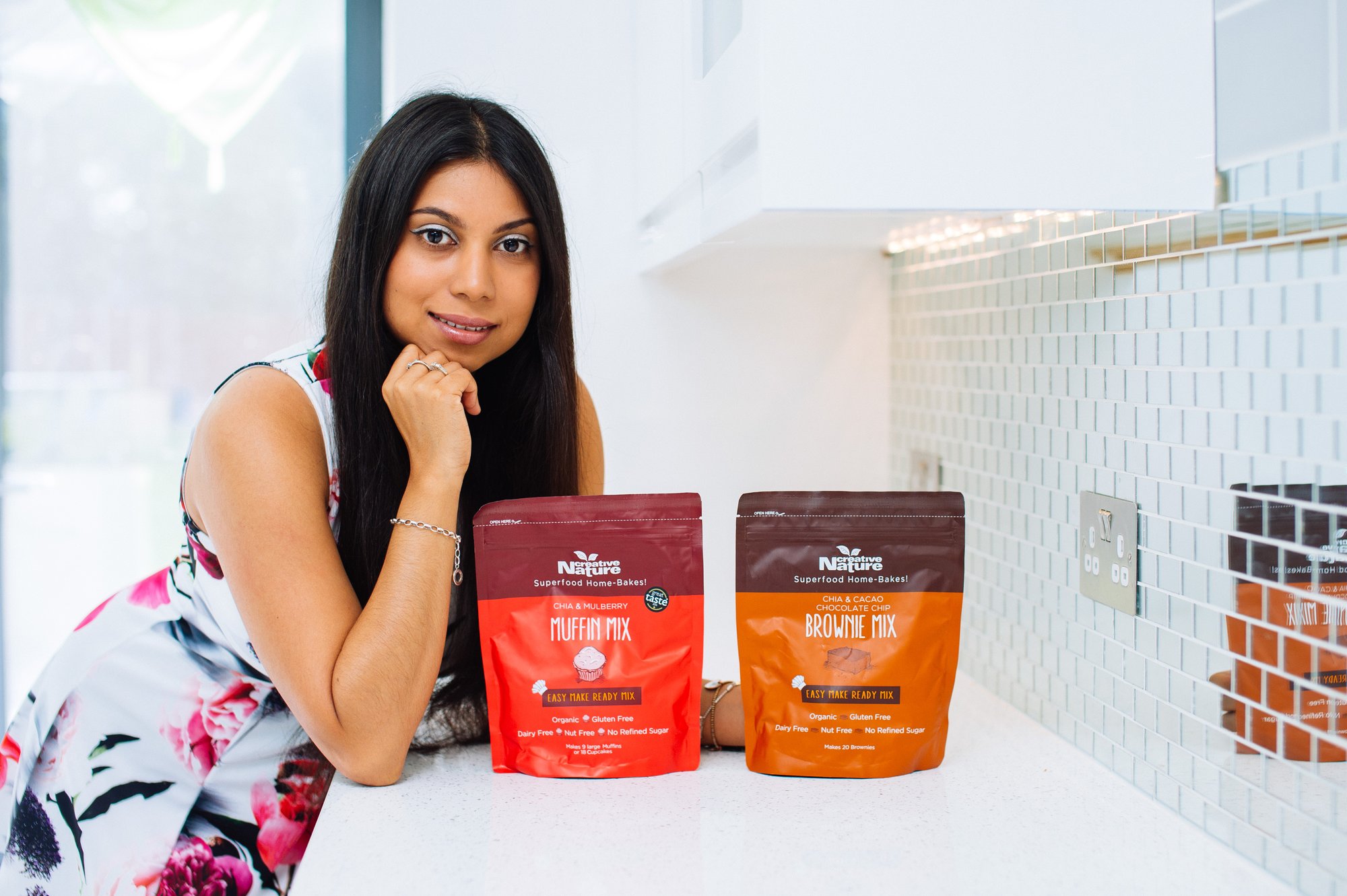 At the time, the company marketed a wide range of products, from home goods to natural food products. The latter gave Ponan hope. After all, she knew firsthand the importance of a carefully selected diet. The entrepreneur suffers from multiple food allergies to this day and survived two acute cases of pancreatitis as a young girl.

Ponan says doctors gave her four hours to live after diagnosing the first case of pancreatitis when she was nine. She lived, but it resurfaced at 17, when physicians gave her just a few short years to live.

“After beating it a second time, it still wasn’t smooth sailing,” she recalls. “I contracted pneumonia in my first year at Creative Nature.”

She ended up executing a management buyout of the London, England–area business in 2012, with the goal of growing the superfood segment. It wasn’t just her personal experience she banked on, though. She also saw the continent’s rising obesity levels and the increased prevalence of food allergies as proof this niche market was poised for growth.

The number of Europeans who suffer from chronic allergies tops 150 million, according to the European Academy of Allergy and Clinical Immunology. The group estimates half of the entire EU populace will be impacted by 2025.

“I took over Creative Nature to cater to people like me—people who want healthier snacks without the nasty additives,” she says.

Company Gets Its Big Break

With her business partner, Matthew Ford, the company started focusing on snack bars and baking mixes that were free from 14 of the most common food allergens.

“Most ‘healthy’ snack companies insist on filling their products with tree nuts, peanuts, and seeds, which completely ignores a whole consumer base of allergy sufferers,” Ponan says.

When the crowdsourcing plan turned south and it looked as if the whole enterprise might be a flop, the breakthrough finally came. Creative Nature captured the interest of a buyer at Tesco, a major UK supermarket chain. Virtually overnight, it seemed as if the company’s fortunes were turning around. Still, one major hurdle remained.

“Tesco wanted all our new packaging for launch in just four weeks. This normally would have taken eight weeks to produce,” she says. “Instead of telling them we couldn't launch, we bought self-adhesive labels and spent three weeks hand-labeling around 10,000 tubs—all while continuing to run the rest of the business.”

As it turned out, the two-person team made the launch and used the deal as a platform to propel themselves into more supermarkets. Today, the company, which now has six full-time employees, is stocked in more than 15 countries, including Switzerland and Denmark.

Because of the organization’s compelling turnaround, Ponan earned the Silver Stevie® Award for Young Female Entrepreneur of the Year.

“I’ve known about these awards since starting the business, always dreaming one day I would be able to win one,” she says. “I managed to walk away with a Silver Stevie, so I’m incredibly proud.”