Today, the Stevie® Awards issued the call for entries for The 2017 (15th Annual) American Business Awards, the premier business awards competition in the U.S.A. which attracts more than 3,000 nominations from organizations nationwide each year.  Entry details are available at http://www.stevieawards.com/aba. 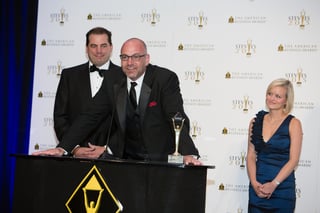 All organizations operating in the U.S.A. are eligible to submit nominations -- public and private, for-profit and non-profit, large and small. There are two early-bird entry deadlines this year – November 17 and December 14 – with discounted entry fees.  The final entry deadline is February 16, but late entries will be accepted through March 15 with payment of a late fee.

The 2017 awards will honor outstanding work since the beginning of 2016.

More than 200 professionals nationwide will participate in the judging process in February through April.  The Gold, Silver and Bronze Stevie® Award winners will be announced on May 1, and celebrated during a gala event in New York City on June 20.

-Company of the Year Awards

New categories for 2017 include: