A Handyman’s Perspective On Building an Award Winning Business

Stevie-winner Chíc Creations Heaven started out as a two-person operation that has since expanded to two locations. Read about Daniel and Rebecca's story of growth and success.

Think about the success stories you love. Maybe one of your heroes or heroines overcame great adversity to be a successful athlete, or maybe that person became a doctor and now serves those suffering across the world. Maybe he or she wrote a song that changed your life. Everyone and everything has a story, and the most inspiring tales tend to be those of victory, where an individual or group rises up and conquers with integrity. In many cases, these heroes and heroines receive recognition for their work, whether that’s media coverage, a title, a medal, a trophy, or another award. 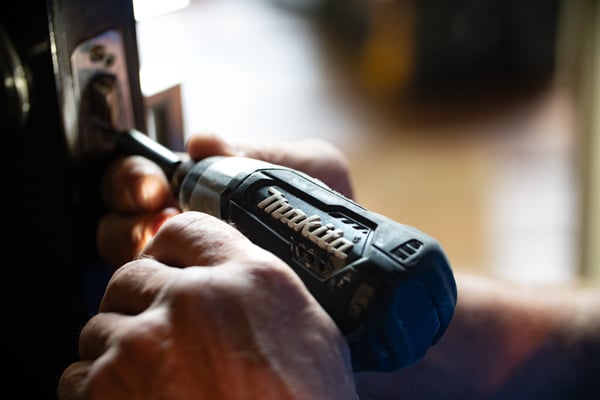 Daniel Foster and his wife, Rebecca, built their business, Chíc Creations Heaven—Gardening, Handyman, Joinery, Decorating, from scratch. Daniel went from having no work to operating two branches that serve Bridlington, England, and Yorkshire, England. He projects opening two more branches in the next 18 months. Receiving their due recognition, Chíc Creations Heaven recently won a Gold Stevie® Award in the Startup of the Year - Consumer Services Industries category at The 2019 International Business Awards®.

Daniel was unemployed and living in a seaside town with waning seasonal business. Tourists just were not coming to the area as much, and Daniel eventually started to fall into depression. In the meantime, he did odd jobs for his landlord to earn extra income, which used the labor and trade skills he had acquired throughout his life.

“This gave me the confidence boost to seek more work in this area,” explains Daniel.

Daniel had worked previously in sales, and he began to use social media to launch Chíc Creations Heaven. He also focused on doing reputable work at an affordable price. If Daniel couldn’t complete the job himself, he hired another tradesman to complete it, paying a good wage.

“A happy worker is a productive one,” says Daniel.

The company has even generated temporary employment opportunities for seasonal workers.

For businesses or individuals looking to emulate this model, here are five takeaways:

Daniel had worked many jobs before he discovered his niche. All those experiences worked together to form an entrepreneurial success story.
When Daniel didn’t have the skills or time to meet a customer’s request, he found someone who did, and he paid that person well. This business model isn’t a fancy app driven by artificial intelligence. It is a straightforward model of a person helping people with their property needs, and it is thriving.
Daniel launched his entire business with the help of social media. Networking and word of mouth helped the business grow.
If you pay people competitively, you are more likely to keep the right employees. Not only will you build employee loyalty, but you will also build customer loyalty, which can earn you repeat business.

Daniel and his wife, Rebecca, started this business. Daniel focused on operations, while his wife worked on marketing and graphics and took charge of the accounts. They currently manage a team of six, as well as two branches servicing North Yorkshire, East Yorkshire, Humberside, and West Yorkshire (all in England). They passed their annual business goal of over £10,000 in one month, and they earned a profit of nearly £30,000 in the first year alone.

They increased growth and had a particularly significant breakthrough after successfully putting up PROMESH security for a local beloved nonprofit, the Whitby Wildlife Sanctuary. The sanctuary rescues and rehabilitates approximately 4,000 wild animals a year from anywhere in the United Kingdom and transports them back to their natural habitats. The nonprofit just celebrated 10 years.

“We gained a lot of business where they are located after that job was complete,” Daniel shared.

Sometimes the vision exceeds what the current situation is. When people haven’t fully achieved their visions yet, they can get discouraged. Even the biggest corporations started small, though. The Fosters went from having several clients to opening two branches in one year.
There is always a learning curve when operating a business, meeting client needs, and regulating costs. This can be particularly tricky when labor and time are variable and higher cost. Daniel noted how learning to quote for work was a difficult process.
People make mistakes. That’s part of business. It’s part of life. Keep at it. Learn from your mistakes, and keep going.
A lot of Daniel’s business, and some of his biggest growth, came from referrals after servicing the local nonprofit. It was a tipping point, of sorts, for his company.
Integrity goes a long way. For Daniel, this means paying employees and contractors fairly, offering work for seasonal employees, fixing homes for the elderly at a reduced rate, and working responsibly with community nonprofits.

Winning Awards Is Good for Business

Awards like the Stevie® Awards offer a standard and a metric for success that current and prospective clients, partners, and businesses in other verticals understand. After a successful first year, Daniel wanted to know where his business stood in the world. He searched and found the Stevie® Awards and submitted the application. As a result, Chíc Creations Heaven is now a Gold Stevie® Award winner.

The win strengthened this company’s brand locally, nationally, and internationally. It also instilled a deeper confidence in the Fosters and inspired them to pursue greater success as entrepreneurs. The Fosters’ goal is for Chíc Creations Heaven—Gardening, Handyman, Joinery, Decorating to become a national company in England and a major employer that offers great wages, benefits, and training to those who want to further their trade skills.