A PR Firm Unafraid of Controversy

A meat lovers pizza with absolutely no calories? If it sounds just a little too good to be true, it is.

The name, of course, is a direct reference to the phrase famously dropped by Trump advisor Kellyanne Conway during an interview on NBC’s Meet the Press. At the time, Conway was defending suggestions about the size of President Trump’s inauguration crowd. 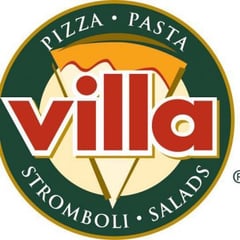 It’s a company that once concocted the “The World’s Largest Mug of Hot Chocolate” in New York to draw awareness for the American Dairy Association and Dairy Council.

And when a competing fast food chain grabbed headlines by telling social media that a “hamburglar” was on the loose, it helped Wayback Burgers steal headlines by offering the villain a reward for giving himself up.

What made the #AlternateFacts campaign particularly novel was the client’s willingness to plug into one of the most highly-charged political climates in decades. That’s something a lot of companies have been hesitant to do, fearing blowback from their ideologically-diverse customers.

There are exceptions, but they’re relatively few and far between. For example, when ice cream maker Dippin’ Dots drew a number of slights from Press Secretary Sean Spicer’s on Twitter, the company offered to host an ice cream social at the White House.

“I think it is important for brands to be involved in conversations related to social and political issues, even if they are not taking a hard stance,” Lowe told NJBIZ, a New Jersey business publication. “There are a lot of eyeballs on the issues and, as marketers, our job is to put the brand in front of as many eyeballs as possible while being as careful as possible not to polarize our customer base.”

The marketing effort resulted in BML earning a Silver Stevie® Award for Communications or PR Campaign of the Year - Social Media Focused, which they received at the June 20 American Business Awards ceremony in New York City.

Plugging Into the Headlines

It’s no accident that one of the company’s most successful ideas came from the world of politics. Each day, Lowe and his mostly female team meet to talk about the stories that are grabbing headlines locally and around the country.

Then, they brainstorm how their clients can leverage those stories to grab some of the media spotlight for themselves. The firm tries to generate input from as many staffers as possible until they land on the most promising concept.

“The idea must be able to go around the room without making anyone feel like they are not on the same page,” Lowe told NJBIZ. “Then, when we have an idea that is strong, that we know will generate brand awareness and help our client develop core connections with its consumer, sometimes we have to go in and fight for the idea.”

The strategy is one that worked especially well for Villa Restaurant Group, which was able to ride a tidal wave of publicity because of its tongue-in-cheek product offering.

It was just as big a win for BML, which got plenty of attention of its own out of the campaign, not to mention the Stevie Award, its first major accolade as a company.

The 2018 American Business Awards will open for entries in October. Request the entry kit now and it will be emailed to you when it's availble.