Steady job gains and a slowly declining unemployment rate are good news for American workers across a range of industries. However, for employers—especially those trying to fill positions in high-demand fields—the shrinking labor pool is making it tougher than ever to find qualified candidates.

Tech companies, in particular, are feeling the talent crunch. According to the U.S. Bureau of Labor Statistics, the unemployment rate for information-based jobs hit a paltry 2.7 percent in June, compared to 3.8 percent for the entire economy. 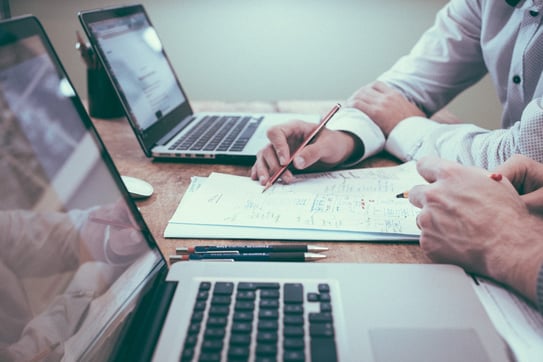 What happens when tech companies try to expand their workforces when most professionals are already employed? Often, recruiters turn to one of the newer tools in the field of talent acquisition: big data.

With most prospects already placed in jobs, headhunters are increasingly turning their attention to passive candidates—those who aren’t necessarily looking for new gigs. After a decade-long economic expansion, many job listings are no longer generating thick stacks of résumés.

For a lot of tech recruiters, the solution is to scour everything from social media platforms to software development sites looking for individuals with the right skill sets. According to one industry survey, more than 40 percent of companies are now using big data to identify candidates. Some are even going a step further, using the predictive capabilities of artificial intelligence (AI) to screen for new prospects in far less time than a human could.

Are Human Recruiters Here to Stay?

That shift, however, begs a question. Will technology replace the human component when it comes to looking for talent in high-demand fields? While some recruiters see AI as a threat, the majority view big data and AI as tools that assist rather than replace recruiters. For example, a survey last year by the website Dice found 55 percent of recruiters believe automating more time-consuming tasks is to their benefit.

Among the firms espousing this hybrid approach is New York City, New York, U.S.–based Andiamo, which provides technology and sales staffing to companies in the United States and Canada. Alongside its recruitment team, the company employs a group of data analysts to mine vast amounts of data from sites like LinkedIn, Twitter, GitHub, and Stack Overflow to understand the talent pool and to reach out to the professionals who represent the best fit for its clients.

With a staff of 70, Andiamo helps fill contract and permanent job openings for developers, engineers, designers, architects, and project managers with experience working on innovative technologies. Andiamo won a Gold StevieⓇ Award for Best House Organ (for a General Audience) at The 2019 American Business Awards®.

By using software to sort through vast amounts of data at the front end of the candidate search, Andiamo claims it’s able to provide clients—including big names like Amazon, Bloomberg, Goldman Sachs, TripAdvisor, and Mastercard—with the top 2 percent of the available candidates. By using research and analytics, it’s able to speed up the recruitment process as well; Andiamo notes its average submission-to-hire time frame is only 14 days.

Technology has its limitations, though. Steps like understanding the client’s needs and vetting candidates to see why they want a new job remain vital components in the process—and they're the ones that still require a human element. Andiamo believes its ability to use the best of both worlds will only help expand its market share as recruiters jostle for tech clients.

“As the tech market grows, recruiting agencies constantly battle for limited space and attention among top firms and start-ups,” says Brian Schuppel, the company’s head of marketing. “In order to stay ahead of the curve, it’s up to us to continue to deliver a rock-star product along with intellectual, statistical content that is relevant, useful, and digestible.”

With the economy continuing to add jobs, Schuppel sees the competition for talent getting even hotter in the near future.

“In the next few years, we expect the tech market to continue to be aggressively competitive,” he says. “We expect top tech firms and start-ups to keep trying to attract and retain the nation’s most elite technologists and the most sought-after tech stacks to overcome their rivals and to lead the market.”