Oncology is the study and treatment of tumors. Although three major fields exist within oncology -- medicine, surgery, and radiation, it’s generally understood as a branch of medicine that treats cancer. What do creativity, brands, design, and advertising have to do with any of that? A lot, as it turns out.

Navicor is an integrated marketing communications agency with oncology at their core. In an effort to make a difference in the world, employees use their creative talents to make compelling brand stories that are inspired by real patients. The Navicor team is comprised of oncology experts, clinicians, and award-winning creative professionals dedicated to launching successful platforms that support life-saving therapies. 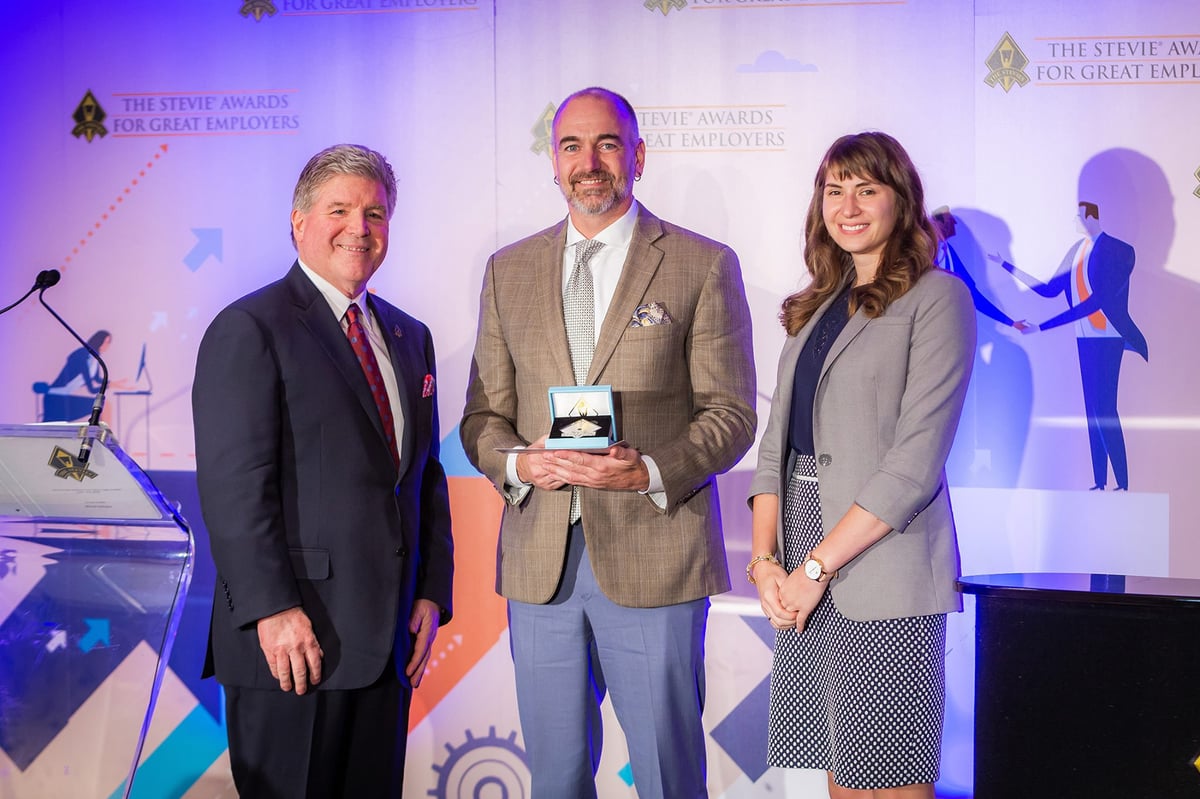 t’s the perfect example of a meaningful marriage between the arts and health care.

“We expertly use the data to tell the most compelling brand story, but we also see the people behind the data points on that K-M (Kaplan-Meier) curve,” says Marvin Bowe, managing director at Navicor. “Each one of us is inspired by the patients whose lives we help touch. They’re the reason we get up for work in the morning. Or stay up late at night.”

Bowe profoundly believes in using personal talents to make a difference in the world, which the general public doesn’t regularly connect with creativity and marketing to patients with serious ailments.

Oncology is the most progressive therapeutic area at the moment. With hundreds of new treatments in development, this field is seeing some of its biggest breakthroughs to date.

Bowe lists his organization’s core values. Although oncology demands specific attention—both surgical and managerial—the list contains items any organization can identify with. To that end, Navicor operates on the following principles:

1. We can do well by doing good.
2. Everyone is an idea person.
3. Good work is the enemy of great work.
4. Feedback is essential in business.
5. Befriending our clients leads to long-term business relationships.
6. Optimism is a force multiplier.
7. We should operate with integrity.
8. Working hard requires playing hard with your colleagues


Most of these tenets are tailored to ensure staff members are getting the support they need. The company also clearly understands the value of having fun while at work.

The company’s history proves that having fun at work can yield huge gains. They participate in walks and 5K runs as a team to help raise awareness and money for cancer advocacy groups. Last year, Navicor raised over $20,000, ranked as the eighth-largest corporate supporter of Leukemia and Lymphoma Society in Philadelphia, and received an award for the most creative idea to raise money.

Most people can relate to that feeling of not doing enough for those in need. Cultivating a genuine concern for the lives of strangers and putting that concern into action is an amazing feat.

Garnett Dezember, the CEO and founder of Navicor, expresses the foundation on which he built the organization.

"Cancer is our cause. Cancer has affected each of us, and we use that experience to motivate us daily."

Empathy and the will to use one's talents to help others resulted in Navicor winning the Silver Stevie Awards for Employer of the Year in the 2018 Stevie® Award for Great Employers.

“While oncology is highly scientific, that doesn’t mean your brand communications should be clinical white papers,” says Dezember. “We use some of the best creative strategies to ensure your brand’s message is received, and our industry recognizes our efforts by honoring us with trophies from some of the most prestigious award shows.”

It’s easy to measure success by prescription data and usage trends, but Navicor exemplifies what can happen when you add award-winning creatives to your team, help clients achieve their goals, and capture the attention of a global audience.

Bringing Stories to Life is the Core Message

Whether it’s an entrepreneur starting out in an office or garage or if it’s a Fortune 500 company, any business must be visible to potential customers before a sale can be made. In most cases, awareness of a company is created through great stories, which elicit engagement and relationships with those potential customers.

Whether dealing with website traffic, email subscriber data growth, social media accounts, or hundreds of other engagement metrics, they’re all interconnected by one thing: an attempt to create a continuous relationship between the customer and the business.

With so many companies marketing that way, though, how do you stand out in a sea of legitimately competent competitors?

PAN Communications is an integrated marketing and public relations agency based in Boston, Massachusetts, United States. They focus on B2B technology and health care industries that want a customer-first business model. They deliver this through PR and social, content, and influencer marketing. They also use data analytics and creative services. 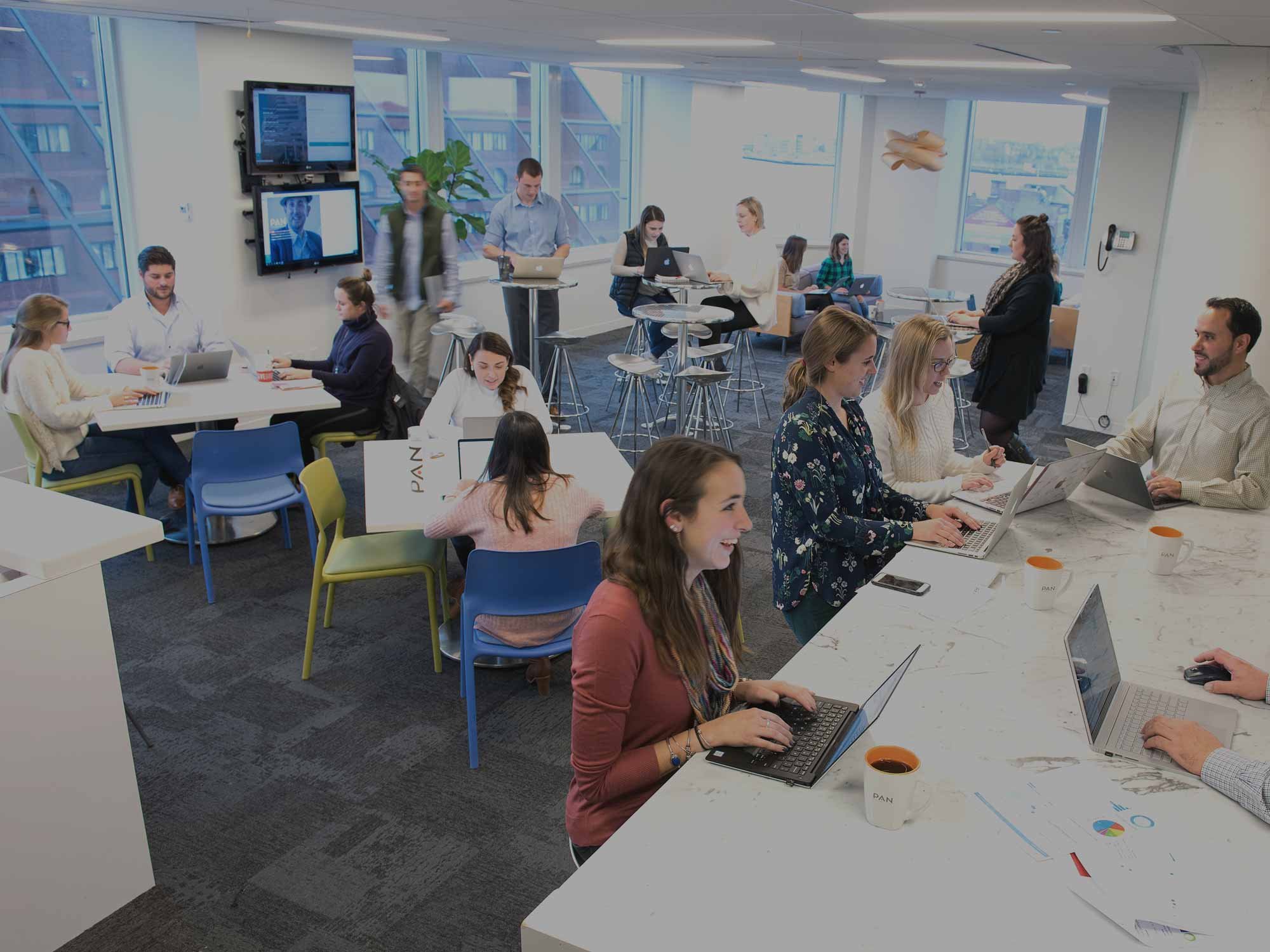 “To bring great stories to life, that’s the core message,” says President & CEO, Philip A. Nardone Jr.. “Those great stories are about the companies—their technologies and innovations—that are changing lives.”

The company’s ability to bring resonant, engaging stories to life contributed to them winning the 2018 Gold Stevie® for Public Relations Agency of the Year at The American Business Awards.

PAN Communications is one of the industry’s most trusted communications partners., It demonstrates that it takes an entire team of dedicated marketing and PR specialists to help clients exceed expectations.

Success in any venture doesn’t happen overnight. No matter how good you are at something or how certain you are about how to improve a problem, it takes time to develop and to hone sustainable relationships with your audience or paying customers.

The success of PAN Communications is due to the firm’s unique ability to offer the agility and personalized service of a midsized agency while also leveraging national and international relationships. This allows them to manage large-scale communications programs for brands such as SAP, AppDirect, Radial, and MediaMath. PAN Communications provides services, moves ideas, and builds relationships with customers at a level which competitors find difficult to match.

The PAN Communications business model demonstrates one thing clearly: Successful businesses must make their services and messaging available to potential customers over a variety of platforms.

Give Back and Put People First

The belief that great people can do great things is an underlying tenet of the PAN Communications mind-set. That’s why they focus on putting people and culture first.

“By fostering an environment free of office politics and rich in support and diversity, we believe we can rise above the industry noise and win the race,” says Nardone. “The CEO of PAN believes his agency’s greatest assets go down the elevator every night: the people. Phil [CEO of PAN Communications] and the rest of the leadership team devote time and energy to cultivating the award-winning culture that currently exists at PAN. The agency takes a people-first approach and prioritizes a strong work-life balance for its employees.”

PAN Communications also believes in giving back to the communities that built the foundation of their agency. To that end, the firm launched a philanthropic program, PANcares, in November 2017. This allowed the agency to become involved in its local markets more consistently. As part of the program, PAN Communications partners with four nonprofit organizations dedicated to fighting against youth homelessness. Representing a cross-country collaborative, the partners are based in Boston, Massachusetts, United States; San Francisco, California, United States; New York City, New York, United States; and Orlando, Florida, United States.

As PAN Communications demonstrates, today’s PR agencies must distinguish themselves by delivering exceptional services and innovations to their clients. As a result, the industry is thriving. Brands demand more from agencies than ever before, asking these companies to prepare them for every stage of growth and to act as trusted partners along the way. PAN Communications is just one agency that shows the exceptional results that are possible when that happens.

Merchants offer a variety of ways to pay for their products and services these days, including everything from old favorites like credit cards and checks to newer modes, such as NFC (Near Field Communications)-ready phones and smart watches.

That affords retail customers greater convenience, of course, but it also means more chances for technical issues to arise. This can potentially cause lots of extra headaches for the seller.

However, if retailers work with U.S. payment software firms like PayJunction, they greatly minimize the chance of encountering those stumbling blocks. PayJunction is based in Santa Barbara, California, United States. Working in an industry that doesn’t always enjoy a great reputation for customer service, the company has gone all in on its efforts to satisfy users. 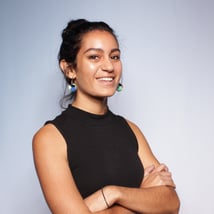 By just about any measure, it’s succeeding in that goal. Their customer service team upped its satisfaction score to 95.3% last year, from 94.2% in 2016. It did so after handling 13,500 more support tickets and 2,475 more calls than in 2016. What’s more, the service team, which operates out of the firm’s California headquarters, was also able to maintain an average wait time of just one minute.

This approach has led to a number of significant achievements, such as going three consecutive years without a single complaint file submitted to the Better Business Bureau and achieving the highest rating for a payment processor on Capterra.

A customer-first approach has also proven to have a positive impact on workplace morale. In 2017, PayJunction was selected as a Best Place to Work on Glassdoor.com.

“We treat our employees and customers like family and have prioritized doing the right thing in every facet of the business,” says Lavingia.

The company’s impressive call center team is one of the reasons PayJunction had a big night at the 16th Annual American Business Awards this summer. The firm captured the Gold Stevie® for Customer Service Department of the Year among financial services firms, as well as a Bronze Stevie for New Product or Service of the Year.

The team adds these accolades to its trophy shelf, which already included a Bronze Stevie for its customer service team from the 2017 awards ceremony.

Founded in 2000, PayJunction succeeds, in part, by adeptly navigating the fast-changing world of payment processing. When it started, services like Apple Pay and Google Pay weren’t even around. Now, accepting those methods is increasingly viewed as imperative.

It has also been at the leading edge of efforts to combat fraud, which has long been one of the industry’s biggest challenges. Changes in signature requirements and the introduction of chip-and-PIN cards are having a major positive impact on retailers and businesses that process those cards.

“Equipping them with the technology they need for the future is truly exciting,” says Lavingia.

Today, the company processes $4 billion in sales each year, and thousands of businesses across the United States use its payment terminals and software. To meet this demand, the organization now employs more than 60 employees.

Perhaps, though, it’s the company’s laser focus on customer service that makes it stand out the most. For Lavingia, bringing home two Stevie Awards, including one for its customer care team, is a huge notch in its belt.

She notes the company was already bringing up its prior bronze prize during sales calls and in emails in order to help woo new customers, and she’s confident earning a gold this year will give them even greater prestige.

“We're able to leverage these awards to close deals with new merchants and to accurately showcase in a meaningful way how our software and support will positively impact their businesses,” Lavingia says.