The Middle East Stevie & North Africa Awards are the region’s only awards to recognize innovation in all its forms through the workplace. The awards are open to all organizations in 17 nations of the MENA region: Algeria, Bahrain, Egypt, Iraq, Jordan, Kuwait, Lebanon, Morocco, Oman, Palestine, Qatar, Saudi Arabia, Syria, Tunisia, Turkey, United Arab Emirates, and Yemen.

Interested in submitting nominations before the extended final entry deadline? 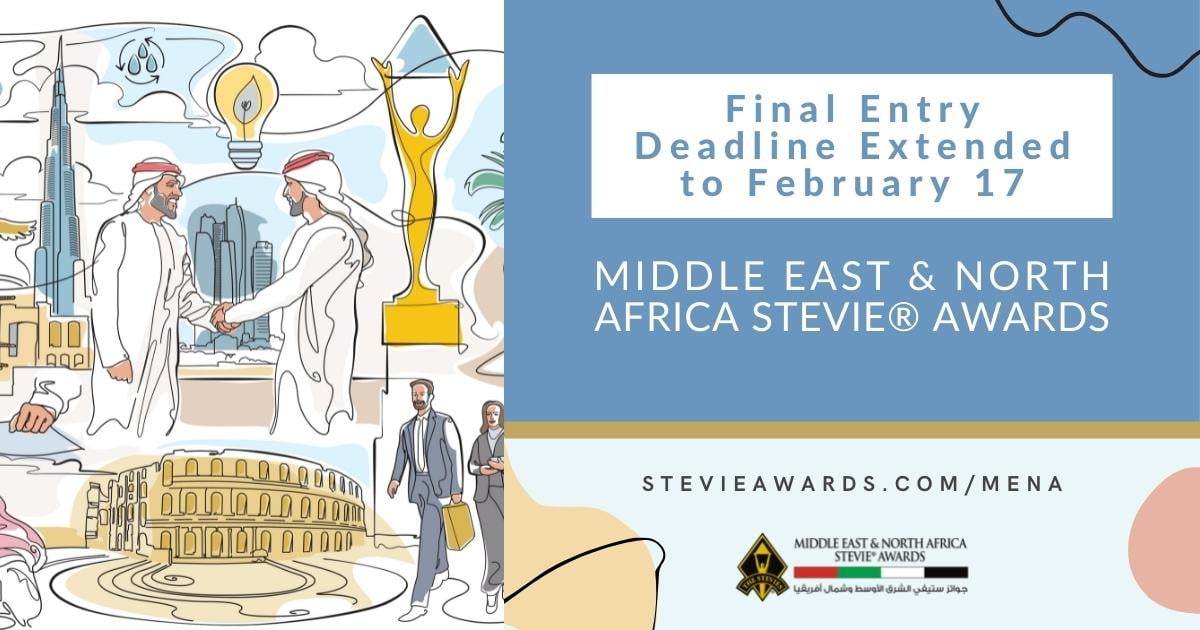 There are no entry fees in this awards program. Organizations may submit as many nominations as they would like, without cost. Instead, Gold, Silver, and Bronze Stevie Award winners can choose to pay a “winners fee” for each successful nomination.

Winners of the Gold, Silver, and Bronze Stevie Awards in the competition will be announced on March 24, 2022 and celebrated during a gala event in Ras Al Khaimah at the Waldorf Astoria Hotel on Friday, May 20.