The Stevie® Awards have announced the Grand Stevie Award winners in the second annual Middle East & North Africa Stevie Awards. The winners will be honored during a virtual award ceremony on 2 June. 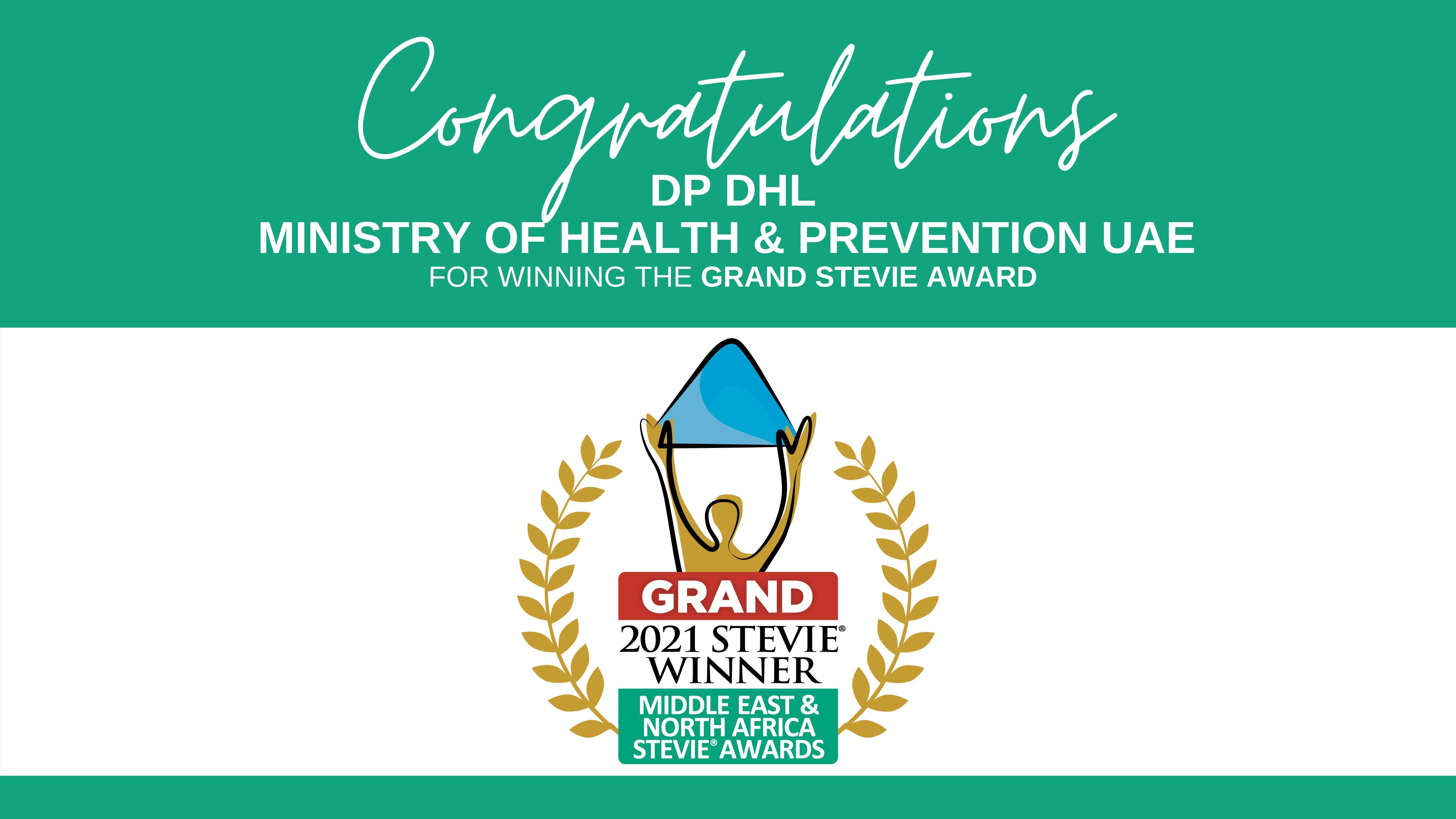 The Middle East & North Africa Stevie Awards, sponsored by the Ras Al Khaimah Chamber of Commerce & Industry, is an international business awards competition open to all organizations in 17 nations in the Middle East and North Africa. The focus of the awards is recognizing innovation in all its forms.

This year more than 400 nominations were considered in the judging process by more than 70 professionals, whose average ratings determined the Gold, Silver, and Bronze Stevie Award winners announced last month. For a complete list of the 2021 Stevie Award winners, visit https://MENA.StevieAwards.com.

ORGANIZATION OF THE YEAR: DP DHL: which earned 26.5 award points for the achievements of their affiliates in Jordan, Lebanon, Qatar, Saudi Arabia and the United Arab Emirates. The Germany-headquartered global logistics and transportation company is no stranger to the top honor in Stevie Awards competitions, having won numerous Organization of the Year honors in the German Stevie Awards, the Stevie Awards for Sales & Customer Service, and other Stevie Awards programs.

HIGHEST-RATED NOMINATION OF THE YEAR: The “Stroke Golden Hour” nomination submitted by the UAE Ministry of Health and Prevention, in Dubai, received the highest average score from the judges (9.17 out of 10) in this year’s competition. The Gold Stevie winner for Excellence in Innovation in Government - Organizations with 100 or More Employees, the nomination describes the development of an IT solution that almost halved the “door to needle” treatment time for stroke victims at MOHAP facilities. One judge commented on the nomination, “A perfect example of an IT solution supporting a noble cause: reducing mortality and morbidity due to stroke. Using modern technologies like VR to assist patients is another welcome move.”

Stevie Award winners will be celebrated at a virtual awards ceremony on 2 June. Registration for the ceremony is ongoing.

“We are thrilled to announce the 2021 Grand Stevie Award winners. DP DHL and the UAE Ministry of Health and Prevention have proven to be exceptional in the eyes of Stevie Award judges around the globe,” said Maggie Gallagher, President of the Stevie Awards.

Complete information about the virtual awards ceremony is available at https://stevieawards.com/mena/tickets

The virtual ceremony will feature digital versions of all of the things that people love about Stevie Awards events, including networking, acceptance speeches, red carpet photographs, and red-carpet interviews.

If you, as a representative of the press, are interested in participating in the virtual award ceremony of the Middle East & North Africa Stevie Awards on 2 June at 14 GST., please contact us at help+MENA@stevieawards.com.

The third edition of the Middle East & North Africa Stevie Awards will open for entries in September 2021.