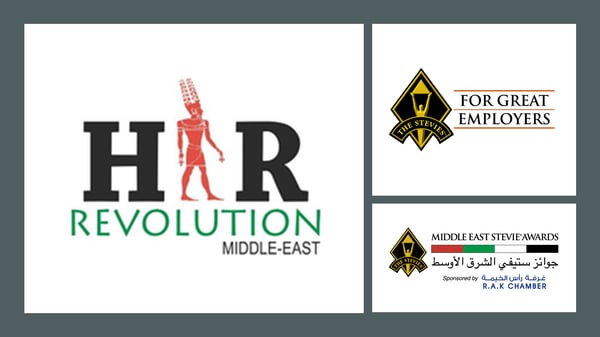 HR Revolution Middle East Magazine is described as an honest reflection of the Middle Eastern business environment through its use of clear case studies, articles, and interviews professionally served to readers around the world. The organization’s mission is to improve and have a powerful impact on human resources processes in the Middle East by providing the proper resources. HR Revolution will be covering all aspects of both Stevie Awards ceremonies in 2020.

The first annual Middle East Stevie Awards gala event will be held on Saturday, March 21st at the Waldorf-Astoria Hotel in Ras Al Khaimah, United Arab Emirates. The Stevie Awards for Great Employers will be presented on September 17th at Caesars Palace in Las Vegas, Nevada, USA. Both award ceremonies will recognize workplace achievements since July 1, 2018.

The Middle East Stevie Awards, sponsored by the Ras Al Khaimah Chamber of Commerce & Industry, are an international business awards competition open to all organizations in 17 nations in the Middle East and North Africa. The focus of the awards is on recognizing innovation in all its forms.

The Stevie Awards for Great Employers are an international business awards competition open to all organizations worldwide. The awards recognize the world's best companies to work for, and the HR teams, professionals, achievements, new products, and suppliers that help to create and drive great places to work.

About HR Revolution Middle East Magazine:
Among the global ethical awakenings in our recent century, and among the glorious creative and business erections, the magnitude of the Human Resources aspect has proven to be greatly valuable. As the recent Middle East being a parlor of inspirations to the open-minded observers and thinkers of our planet, we – a group of Egyptian enthusiasts – decided to have the honor to start the HR Revolution Middle East Magazine. The magazine is an honest reflection of the Middle Eastern business environment empowered by clear case studies, articles and interviews professionally served to worldwide readers of researchers and learners.

Request an entry kit for the
2021 Middle East Stevie Awards.