The Stevie® Awards, organizer of The International Business Awards, announced today that the final entry deadline for the 14th annual IBAs has been extended to Wednesday, July 12. Recognized as the world’s premier business awards program, The IBAs attract nominations from organizations in more than 50 nations and territories each year. 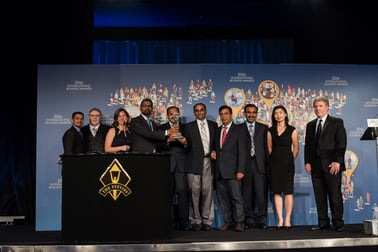 “We’ve received so many requests for individual deadline extensions that we’ve decided to extend the deadline for everyone,” said Stevie Awards president Michael Gallagher. The original final deadline was June 14. Gallagher emphasizes that no additional late fees will be charged for entries submitted through July 12, and late entries will not be penalized in any way in the judging process. All organizations now have an additional four weeks to prepare and submit their entries.

All individuals and organizations worldwide -- public and private, for-profit and non-profit, large and small -- may submit nominations to The International Business Awards. The 2017 awards will honor achievements since the beginning of 2016.  Entry details are available at http://www.StevieAwards.com/IBA.

A variety of new categories were introduced for the 2017 competition including Mobile Site & App Awards in recognition of the many organizations that deploy specially-designed mobile websites in lieu of apps. New website categories include Best User Experience and Best User Interface. Executive of the Year has been expanded to include Apparel, Beauty & Fashion and Consumer Services.

Stevie Award winners will be selected during the judging process by more than 150 professionals worldwide. Winners will be announced on August 10, and the awards will be presented at a gala awards ceremony at the W Hotel in Barcelona, Spain on October 21.