Vietnam has become a popular location for business outsourcing, and Stevie-winner Swiss Post Solutions thrives on solving customer challenges in the most effective manner.

For decades, India ruled the roost as an outsourced software development destination. While it continues to attract businesses looking to build IT teams overseas, it’s not the only major country doing so. Most prominent among these emerging destinations is Vietnam. Its lower costs, favorable business policies, robust economy, and increasingly skilled workforce are driving investments from businesses like Intel, Samsung, IBM, and Microsoft. 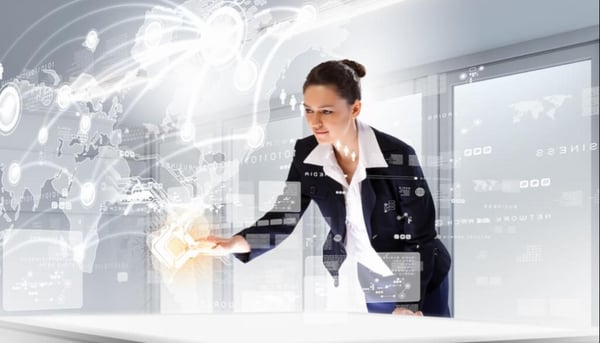 Vietnam’s Rise Through the Rankings

In 2010, Gartner released a list of the top 30 countries for offshore IT services, and Vietnam made its first appearance in that year. Five years later, in a similar report by Gartner, Vietnam rose to one of the top five countries, and it has maintained its ranking ever since.

Vietnam’s outsourcing industry has grown between 20 and 35 percent every year over the past decade. In 2015, it surpassed $2 billion in revenue.

Spotlight on Vietnam, a PwC report released in 2017, highlighted business process outsourcing (BPO) as one of the key opportunities for foreign investors.

“The growth so far has been encouraging,” said Dinh Thi Quynh Van, general director of PwC Vietnam. “Vietnam is already the second-largest outsourcing partner for Japanese IT firms, just behind India. We hope to see many more industries in the future.”

Almost two-thirds of Vietnam’s population is under 35 years of age. This young generation is highly skilled and motivated. According to a 2015 report by the World Economic Forum, Vietnam is one of the top 10 countries in terms of most engineering graduates.

Also, with the government’s push to teach English as a second language rather than a foreign language, this young workforce is actively scaling the language barrier that was once a cause for concern.

Workplace loyalty is strong in Vietnam, which is why they have low attrition rates (between 6 and 8 percent). This is another strong point in the country’s favor, as businesses grapple with high employee turnover in most Asia-Pacific (APAC) countries.

Besides an improving infrastructure and access to inexpensive, highly skilled talent, the government’s proactive efforts to attract foreign investment are also critical to Vietnam’s continued growth. The Doing Business 2020 report, by World Bank, ranked Vietnam 70th among 190 economies in ease of doing business. As of October 2019, foreign direct investment (FDI) into Vietnam has risen by 7.4 percent year over year.

Challenges in Outsourcing to Vietnam

As with outsourcing to just about any country in the APAC region, cultural, logistical, and legal challenges present themselves when working with Vietnamese providers. One way to anticipate these challenges and to learn how to tackle them is to send an on-ground team to Vietnam that can build relationships and get familiar with the Vietnamese culture. This will help organizations understand the business and political landscape, including taxation, paperwork, and procedures. It will also allow a business to get a head start on recruitment.

There are also productivity challenges that come with working with remote teams. This can be addressed by following best practices, instituting training, and ensuring extensive documentation.

Finally, Vietnam currently does not have the infrastructure to support large teams with thousands of employees. At the moment, the country is best suited for small to midsize operations.

One of the companies that bagged a Silver Stevie® Award in the Company of the Year - Business or Professional Services - Large category at The 2019 International Business Awards® was Swiss Post Solutions Vietnam, which is based in Ho Chi Minh City, Vietnam.

“We are a young, competitive, and innovative organization that thrives on solving customer challenges in the most effective manner,” says Ha Doi, corporate marketing executive at Swiss Post Solutions.

Swiss Post Solutions, which focuses on providing high-quality document management, BPO, and IT operational services, is one of many Vietnamese companies backed by a young team with an innovative culture. Any of these could be your next outsourcing match as you scale your business.