Simplifying the Complex: The Key to Stand-Out Videos

The team at Vend, a San Francisco, CA based point-of-sale software company in the USA, has built a multitude of features into their retailer software that can be confusing to the average person—from inventory management and digital receipt generation to customer loyalty capabilities and an analytics dashboard.

Such abundant functionality is great for users, but can be a headache for the marketing team. How do you convey all those benefits in a short presentation that doesn’t lose the audience’s attention?

Vend seems to have found the answer, as evidenced by a brief video it shares with prospects via YouTube and other channels. Using in-house talent, including writers Simon Pound and Nick Houldsworth and their Director of Design, Michael Ramirez, the segment earned the company its second Gold Stevie® Award in three years. 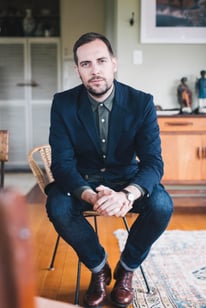 The goal: communicate everything the app can do, in just two minutes. That’s no easy task when your product’s prime benefit is being an all-in-one solution that retailers can turn to for their sales optimization needs.

The creatives at Vend developed a video that laid out the software’s top five selling points, but also imparted a lively feel that keeps the viewer engaged. To do that, they used animation that quickly bounces from one scene to the next. Underscoring the narration is buoyant music—a contribution from James Dansey—that gives the work a lively, playful feel.

One of the virtues of the video is that, for its considerable scope, it never loses the viewer. The uncluttered graphics certainly help. Throughout the piece, for example, the team uses the same flower pot to represent the merchandise it can help users manage.

The resulting production is proof that you don’t need an off-the-wall idea or gimmicks to make a great video. Sometimes a simple idea and solid execution will do the trick.

The payoff: a Gold Stevie in The 2017 American Business Awards for best video in the sales-technology category—not bad for a $5,000 internal production. Considering the company brought home a Gold in 2015 for a product overview video, the creative team is clearly on a roll.

Reflecting on that initial win, Pound says the impact was significant. “That was great. It helped us recruit, get media attention, and double down on a creative approach,” he says. “It opened doors with partners and led to us winning other awards in Stevies around the world.”

The Growing Role of Video

Since its founding in 2010, Vend’s cloud-based point-of-sale and retail platform has become the tool of choice for sellers around the globe. It’s now used by more than 20,000 stores in over 150 countries. Through its mobile platform, the company likes to say that users are able to run “the next generation of retail.”

In addition to its San Francisco headquarters, the company now has offices in Auckland, Toronto, London, and Melbourne, and has raised more than $45 million (U.S.) from top-tier investors.

A smart marketing strategy has certainly helped hasten that growth. Online video, in particular, has proven to be an effective medium, Pound says, because it’s being used in a way that marketers can easily track.

“We are loving that with new retargeting and audience creation tools available to us we can now measure and convert from video, meaning it is back in the front of our plans,” he explains.

This latest video, entitled “5 ways Vend will transform your business,” has proven to be a particularly powerful tool. People who have seen the video on Vend’s website are twice as likely to request a demo and take a trial.

The production was also key to a re-engagement campaign for older leads that it was trying to convert. The effort led to 200 trials, simply by showing how the software has evolved in a compelling way.

It’s not the only video for which the company has received attention of late. Its recent e-commerce and PayPal videos have also won awards for their ability to drive results.

It’s a recipe that seems to be catching the attention of business owners, not to mention a panel of experienced judges. “Winning Stevie Awards have been huge for our business to ensure we are at a world-class level,” Pound says.