Businesses are rapidly migrating their data and applications to the cloud, and increasingly taking advantage of the flexibility and functionality of providers like Amazon Web Services (AWS). According to one industry report, 71 percent of enterprise-level companies will increase their spending on the public cloud by 20 percent or more in 2018.

While the benefits of replacing on-premises assets with web storage might seem readily apparent, the conversion itself can present some real challenges. In order to avoid a costly misstep, companies need to put a strategy in place that protects their cloud data and ensures applications work as intended.

Designed specifically for AWS, the product offers the ability to back up data as often as necessary, and it recovers that data faster than traditional on-site backup solutions. 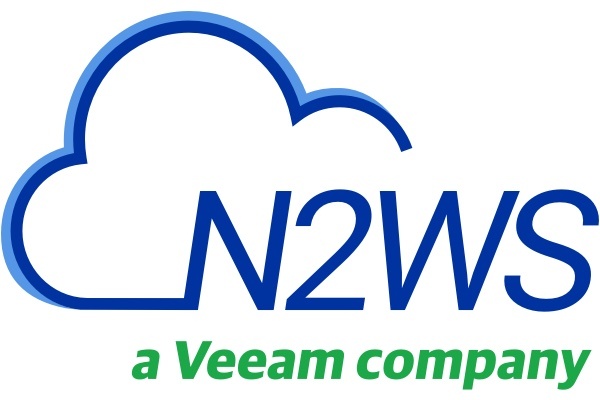 “It’s a complex and new IT environment that’s viewed with a lot of uncertainty and challenges, but it doesn’t have to be,” says Jessica Eisenberg, an inbound marketer and customer success manager at N2W Software.

Employing a user-friendly web interface, CPM allows users to manage multiple AWS accounts and to configure policies and schedules to take automated snapshot backups. Clients can recover snapshots, individual volumes or even individual files almost instantaneously, and can recover both in another region or in another account.. It does all this while maintaining compliance with various privacy standards, such as HIPAA, a health data security law in the United States, and the EU’s General Data Protection Regulation.

The solution is especially important because, under its Shared Responsibility Model, Amazon is only responsible for the cloud infrastructure itself. However, the customer may assume liability for application software and utilities that it installs on the platform.

The solution is especially important because, under its Shared Responsibility Model, Amazon is only responsible for the cloud infrastructure itself. However, the customer may assume liability for application software and utilities that it installs on the platform.

The roots of N2W Software date back to 2010, when AWS user Uri Wolloch realized the need for simpler and more scalable backup and recovery capabilities. Wolloch quit his job and began working from home for almost two years to create the first beta version of Cloud Protection Manager.

Since its release, CPM has been used in virtually every vertical market, including finance, health care, mobile, IT, transport, and media. Companies rapidly joined in as enterprises started to weigh the risks of even short periods of downtime. The company’s client list—now totaling more than 1,000 enterprises worldwide—includes the likes of Coca-Cola, Southwest Airlines, Cisco Systems, Oracle, Dyson, Harvard University, and media giant Time Inc.

“Our existing customer base contains the most progressive and forward-looking enterprises in the world—ones which are most interested in acquiring the latest and best cloud backup and disaster recovery technology in order to be prepared for the growing number of data breaches, ransomware attacks, errors, bugs, and weather-related disasters,” Eisenberg says.

The tech community seems to believe growth will only continue as more companies migrate to the cloud. N2W Software, based in West Palm Beach, Florida, United States, completed two rounds of funding in 2017, which was when it also brought in Jason Judge as its new CEO and Andy Langsam as COO.

At that time, the organization’s physical presence swelled to keep up. It now has a development center in Haifa, Israel, as well as satellite offices in Edinburgh, Scotland, and Bucharest, Romania. In January, the private Swiss firm Veeam announced its acquisition of N2W Software for $42.5 million, saying it will continue to operate the business as a wholly owned subsidiary.

Among the rewards of the buyout was an introduction to the Stevie® Awards, several of which Veeam won in 2015.

“We knew the Stevies were the premier business awards and that the awarding body is an organization that takes honoring achievements and innovation very seriously,” Eisenberg says.

The panel of judges recognized N2W Software this summer for its pioneering technology. In 2018, N2WS won a Gold Stevie Award in The American Business Awards for New Product or Service of the Year category for Software – Cloud Storage & Backup Solution. The judges noted the efficacy and disaster recovery benefits of CPM, as well as its specialized features, such as robust reporting, alerting, auditing, and dashboard functions.

“The excitement surrounding our company and product is clear recognition of the company’s progress and main goal: to create peace of mind for our customers with valuable data and mission-critical applications in the public cloud,” says Eisenberg. “It has already brought added awareness for customers on AWS that both small glitches and disastrous backup failures can be easily avoided and any single level of downtime can be mitigated.”