The Stevie® Awards, organizer of the world’s premier business awards programs, have issued the call for entries for The 2022 (20th Annual) American Business Awards®, the top business awards competition in the U.S.A. Entry details are available at http://www.stevieawards.com/aba.

The entry deadline is Wednesday, February 9. Late entries will be accepted through March 9 with payment of a late fee. 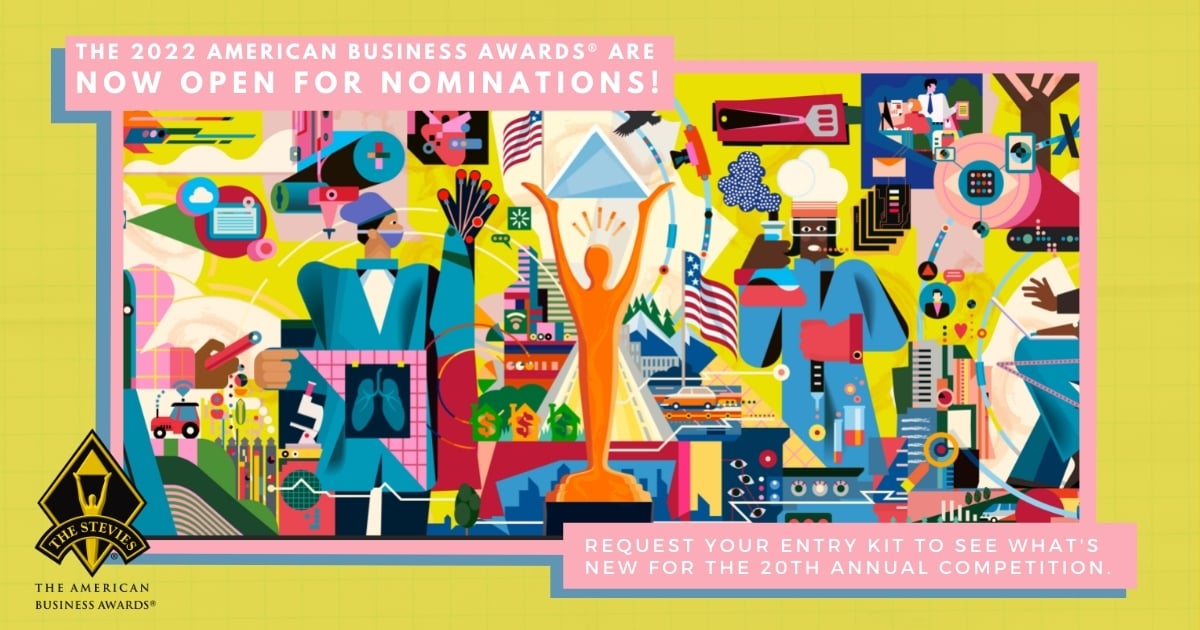 Each year the ABAs attracts more than 3,500 nominations from organizations nationwide. All organizations operating in the U.S.A. – large and small, public and private, for-profit and non-profit - are eligible to submit nominations to the ABAs, in a wide range of categories honoring achievement in every aspect of work life, from customer service and management to public relations and product development.

The 2022 awards will honor outstanding work since the beginning of 2020.

More than 250 professionals nationwide will participate in the judging process beginning in February, through mid-April. The Gold, Silver, and Bronze Stevie® Award winners will be announced on April 28 and celebrated during a gala event in New York City on June 13.

New category groups for 2022 include:

Every new product or service nominated in The 2022 American Business Awards will automatically be included in voting for the People's Choice Stevie Awards for Favorite New Products, an annual feature of the ABAs in which the general public votes for their favorite new products. Voting will open on April 29.