How a Business Award Winner Is Rolling Over the Competition

Gulf Aluminum Rolling Mill Company in Bahrain will receive the Stevie Award for Manufacturing Company of the Year at The 2011 International Business Awards in Abu Dhabi on October 11. Here we look at how this company is improving efficiencies and cutting costs while keeping its worldwide customers happy. 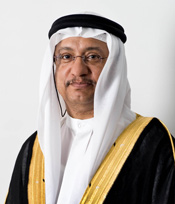 Gulf Aluminium Rolling Mill (GARMCO) was established in 1981 to manufacture and market aluminium rolled coils and sheets. The company was set up as a joint venture between the Arabian Gulf states, with the Bahrain Government and Saudi Basic Industries Corporation as the majority shareholders, followed by the Industrial Bank of Kuwait and the Gulf Investment Corporation from Kuwait, Omani Centre for Investment Promotion & Export Development (OCIPED) of Oman, Qatar Petroleum from Qatar, and the Government of Iraq.

Worldwide Sales
GARMCO has been developed strategically to sell its products worldwide through Bahrain or through its network of 25 international service centers and sales subsidiaries. With the current global economic downturn, high inflation, and stiff competition in international markets, GARMCO has intensified its efforts to reduce costs, improve quality, and better serve its customers.

-  reduce costs on a long-term basis

-  improve service and the level of customer satisfaction

Reduced Costs
GARMCO has been highly successful in achieving its objectives. One of the first recommendations by the center was to reduce scrape, which resulted in less recycling, This manufacturing change has also reduced carbon emissions and brought down costs, with a saving of US$2,000,000 in the first year.

GARMCO improved equipment and labor efficiency by 10%, and boosted customer satisfaction through the on-time delivery of high-quality, reasonably priced products.

Implementing an ERP Business Solution
As part of GARMCO’s long-term plans to improve the infrastructure of its worldwide subsidiaries, the company has successfully implemented the Oracle ERP business solution. The Singapore subsidiary can now access the ERP in Bahrain over the Internet, which has increased transparency between GARMCO’s headquarters in Bahrain and its subsidiary.

A Long and Challenging Journey Ahead
Said Dr. Hamad: “This is just the beginning of a long, challenging, and I hope enjoyable journey for our company. We anticipate that the monetary benefits generated by the recommendations of the GEC will reach as much as $10,000,000 over the next five years. BS25999 certification has been another milestone for us.  After all, being known as a reliable company is good for both our customers and our employees.

“It is an honor for GARMCO that our efforts are being recognized in The 2011 International Business Awards.”

About Dr. Adel Hamad
Dr. Adel Hamad was named CEO of the GARMCO group of companies and Chairman of all worldwide subsidiaries in April 2007.  He started his career at GARMCO as a mechanical engineer, becoming an engineering manager, an administration manager, and a deputy general manager before becoming CEO.  Prior to joining GARMCO, Dr. Hamad  was the headmaster of Muharraq Technical School.

About GARMCO
Gulf Aluminium Rolling Mill Company (GARMCO) was formed in the Kingdom of Bahrain in 1981, and started manufacturing operations in July 1985. It has six shareholders from Bahrain, Saudi Arabia, Kuwait, Qatar, Oman and Iraq.  It produces quality rolled aluminium sheets, and coils. The products of GARMCO are sold throughout the globe.  More information can be obtained by visiting the company’s homepage: www.garmco.com.