Cisco of San Jose, California, won a Stevie® Award for Corporate Social Responsibility Program of the Year, in the company awards categories of The 2011 American Business Awards, the premier business awards program in the U.S.A. (Final judging is now underway for the 2012 ABAs. 2012 winners will be announced at one of our two awards banquets: June 18th at the Marriott Marquis in New York City or September 17th at the Julia Morgan Ballroom in San Francisco. Click here to order tickets.) Here we profile the company’s award-winning efforts in 2010, and how Cisco’s tremendously successful CSR programs continued to expand in 2011. 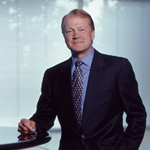 Cisco’s corporate social responsibility (CSR) programs are designed to provide long-term benefits not just to its employees, customers, shareholders, and partners, but also to individuals in communities around the world. In 2010, Cisco focused on three main areas: its employees, the environment, and social investments.  In 2010, Cisco’s corporate awards-winning CSR programs covered:

Continuing Commitment in 2011
Cisco continuing commitment to CRS is underscored in its 2011 Cisco® Corporate Social Responsibility (CSR) Report, which provides details of how the company applied its expertise, technology, and partnership strategies to address environmental, social, and governance issues in 2011—and lays out the company's 2012 objectives.

The report, published earlier this year, outlines Cisco's efforts in five areas: governance and ethics; value chain; Cisco employees; society; and the environment.  Commented John Chambers: "In a time of rapid transition for both Cisco and the communities we serve, Cisco remains deeply committed to acting responsibly, operating sustainably, and contributing to the communities in which we work and live. At Cisco, we know that an intelligent network is not only a powerful tool for doing business, but also for transforming lives, building communities, and protecting the environment. Through the network and strategic partnerships, we can increase the capacity for all of us to succeed."
Highlights of Cisco’s 2011 CSR program included:

In keeping with its ongoing commitment to the environment, in 2011 Cisco conserved approximately 16.9 million kWh of energy and avoided 7,400 metric tonnes of CO2e emissions by investing $1.9 million in energy-conservation projects. Twenty-six percent of Cisco's global energy use was from renewable sources.

Evolution
Cisco’s CSR reporting evolves from year to year—as does the environment in which all businesses operate. What meets the needs of certain audiences one year may not satisfy a different group of stakeholders the next year.  In response, Cisco conducts stakeholder engagement sessions to gain feedback about its annual CSR report and to stay up-to-date with emerging reporting trends.

Cisco has sought feedback from a range of stakeholders, including:

Cisco stakeholders highlighted the need to focus on materiality and robust performance-related data, as well as the need for the company to make greater use of the web. Cisco has used their feedback as an opportunity to educate employees about the importance of focusing on the most significant issues and to track progress on its key performance indicators.

Looking Ahead
Cisco’s Chairman & CEO John Chambers recently attended the 12th World Economic Forum in Davos, Switzerland, where he spoke on what transformations the world will see in the coming decade.  He commented that  “solving the worlds problems takes bringing diverse people together…not just physically, but more and more through collaborative platforms.” You can view more of his comments at Cisco’s own blog, The Platform.

About John Chambers:
John T. Chambers is Chairman and CEO of Cisco. He has helped grow the company from $70 million when he joined Cisco in January 1991, to $1.2 billion when he assumed the role of CEO, to its current run rate of $40 billion. In 2006,
Chambers was named Chairman of the Board, in addition to his CEO role. Prior to joining Cisco, he spent eight years at Wang Laboratories (1982-1990) and six
years with IBM (1976-1982). He holds a BS/BA degree in business and a law degree from West Virginia University and an MBA in finance and management from Indiana University.

About Cisco:
Cisco, (NASDAQ: CSCO), the worldwide leader in networking that transforms how people connect, communicate, and collaborate, this year celebrates 25 years of technology innovation, operational excellence and corporate social responsibility. Information about Cisco can be found at http://www.cisco.com.