In the midst of an economic environment where there’s no such thing as “business as usual,” The 9th Annual American Business AwardsSM honored the best and brightest in a stunningly wide array of businesses and disciplines, crowning this year’s Stevie® Award winners at a gala event last night in New York City.

Download the official program of the 2011 ABAs, featuring complete lists of honorees and judges.

The ABAs also paid tribute to entrepreneur and philanthropist Russell Simmons, best known as the co-founder of Def Jam Recordings, with its Difference Maker award, which made its debut this year.  The honor was presented to Simmons in recognition of his groundbreaking vision and influence on music, fashion, finance, television and film as well as modern philanthropy.

The event took place at the New York Marriott Marquis in Times Square and the emcee for the evening was Fox Business Network anchor Cheryl Casone.

Notable Stevie Award winners in The 2011 American Business Awards include, among others:

­   Executive of the Year: Jeffrey Bezos, Chairman of the Board, President & CEO, Amazon.com, Inc.

­   Most Innovative Company of the Year: General Electric

­   Communications or PR Campaign of the Year: Hewlett-Packard

­   New Product or Service of the Year: Research In Motion's BlackBerry PlayBook

Winners in in the People’s Choice Stevie® Awards for Favorite New Products, determined by more than 140,000 public votes, were also awarded at the event to companies including Apple Inc., Motorola, PetRays, Reliv International and Zebra Technologies.

For a complete list of The 2011 American Business Awards honorees visit:  www.stevieawards.com/aba.

More than 2,800 entries were submitted to The 2011 American Business Awards and more than 200 executives nationwide participated in judging to determine this year’s Stevie Award finalists and winners.

A portion of each ticket sold for the gala event will be contributed to Camfed (www.camfed.org), an organization which fights poverty and HIV/AIDS in Africa by educating girls and empowering women to become leaders of change. 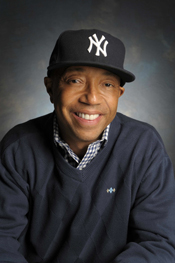