Where Are They Now? 2011 Stevie Awards Winner Gwen Rhys

Today's profile is of 2011 Stevie winner Gwen Rhys, founder and CEO of Women in the City.

Women in the City is a London-based organization that promotes, recognizes and rewards female talent.  Women in the City started from a small idea – to host a luncheon for like-minded women working in a very male-dominated environment in the City of London, the city's financial center.  By 2011, when Rhys won a Stevie Award in the Women Helping Women category, her organization had grown into a well-respected entity with a strong voice representing women working in the professions. 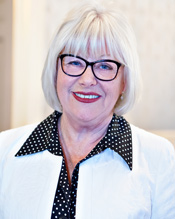 Women in the City has since had a successful 10th anniversary year with a sold-out luncheon attracting nearly 400 attendees in November 2012.  This year, Women in the City published a handbook for career-focused women, entitled Project Diamond: Bringing Brilliance to Business.

Women in the City stages its own awards program, so Rhys knows firsthand just how important external validation can be in helping women to raise their profile both internally and externally.

“Winning the Stevie Award made me feel very proud of what my team and I have achieved during the past decade," Rhys said.  "Women in the City partners with global corporations, and being able to describe my organization as ‘award-winning’ has elevated our position and enables us to play with the big boys.  What’s more, having dipped my toe into the water, I’ve now entered some other awards. My new motto is ‘if you’re not in it, you can’t win it.'  Putting yourself up for any award takes courage as you need to critically assess what you’ve done and then put yourself forward for judgment by complete strangers.  This also makes the achievement all that more credible. When I have a difficult moment I remember that I’m a Stevie winner, and things don’t seem nearly so bad.  Thanks to the Stevies, we are definitely  in it.”

The entry deadline for the 2013 Stevie Awards for Women in Business is August 25.  Complete entry details are available at www.StevieAwards.com/Women.