Shining a spotlight on women executives, entrepreneurs, and organizations run by women, winners in the 2022 Stevie® Awards for Women in Business were announced on Friday, November 11. 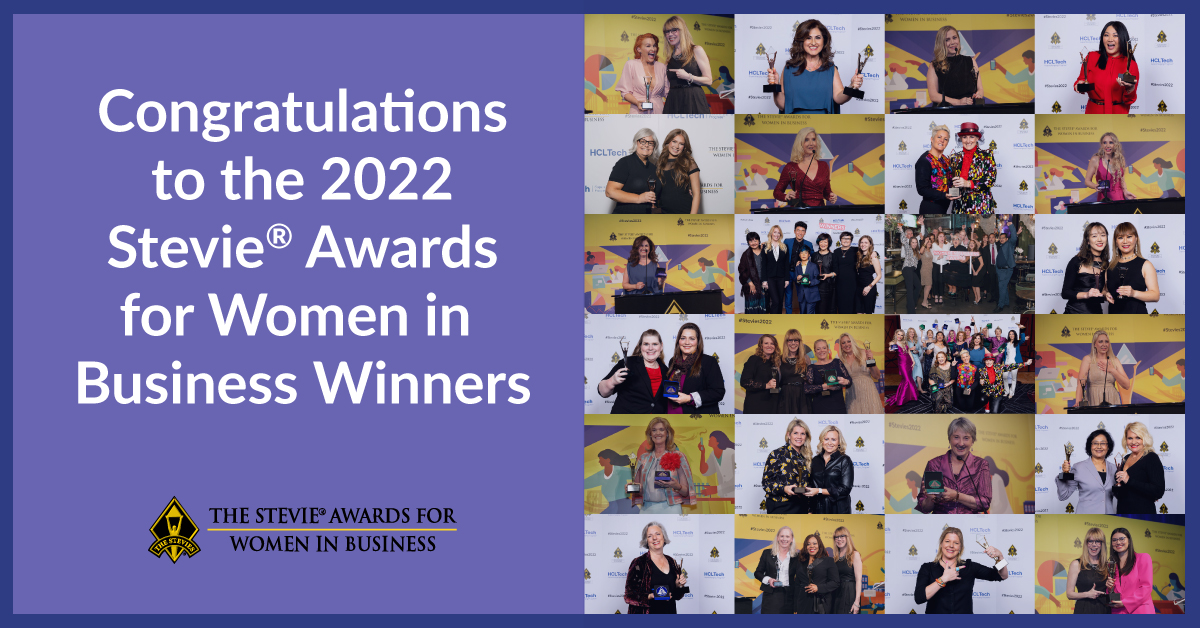 With nominated professional women and their guests in attendance, the awards were announced during a gala event at Caesars Palace in Las Vegas, Nevada. The 2022 competition attracted nominations from 27 nations.

The presentations were broadcast live via Livestream.

More than 1,500 nominations from organizations and individuals around the world were submitted to the awards this year for consideration in categories including Entrepreneur of the Year, Executive of the Year, Most Innovative Company of the Year, and Startup of the Year, among others. More than 200 business professionals working in seven specialized judging committees determined the Gold, Silver, and Bronze Stevie Award winners.

HCLTech, the global technology company delivering industry-leading capabilities centered around digital, engineering and cloud, powered by a broad portfolio of technology services and products, sponsored awards in four categories called HCLTech Women in Technology Awards. Among notable Stevie winners in those categories are:

The Stevie Awards staged the fifth edition of its Women|Future Conference virtually on November 8-10 in conjunction with the Stevie Awards for Women in Business. More than 250 women shared three days of programming highlighted by a keynote presentation by Rashmi Verma, head of D&I at Hugo Boss.

Entries for the 2023 (20th) edition of the awards will open in May. The 2023 awards ceremony will be held at the Marriott Marquis in New York, NY USA in November.